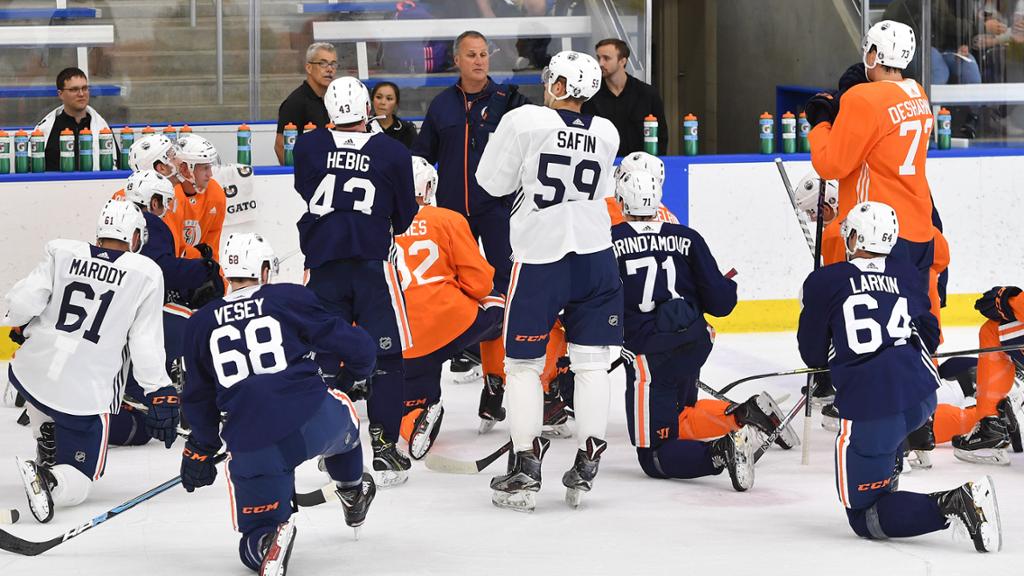 The Edmonton Oilers will return to the ice later today….well, kind of at least. Development Camp 2019 is set to kick off this afternoon from the Downtown Community Arena adjacent to Rogers Place. 21 players will take part in the camp, including four of the players Edmonton selected in this past weekend’s NHL Entry Draft.

Only goalie Ilya Konovalov and forward Maxim Denezhkin will miss the event. They are both property of the KHL’s Lokomotiv Yaroslavl.

Here’s a look at the players who will be in town this week to take part in the event.

Goalies – Dylan Wells, Olivier Rodrigue, Stuart Skinner: Both Wells and Skinner split their rookie pro seasons in the AHL and ECHL in 2018-19. They’ll both enter camp fighting for the backup job in Bakersfield behind breakout star Shane Starrett. Rodrigue will return to the QMJHL for the 2019-20 season.

It’s a tell that Hayden Hawkey will not be here. Don’t expect him to be offered a contract. He’ll become a free agent on August 15th.

Defenders – Evan Bouchard, Phil Kemp, Dmitri Samorukov, Leon Huttl, Michael Kesselring, Philip Broberg, Matthew Cairns: Both Bouchard and Samorukov will turn pro this season, almost certainly starting in Bakersfield. I’m most interested to get a look at Kemp and Broberg. Kemp was one of Team USA’s top shutdown options at the 2019 World Juniors.

Kesselring with start his NCAA career with Northeastern this fall, while Cairns will continue his college career at Cornell. Huttl is a camp invite from Germany’s DEL 2 league.

Forwards – Graham McPhee, Cameron Hebig, Matej Blumel, Taylor Ward, Tomas Mazura, Patrik Siikanen, Raphael Lavoie, Nolan Vesey, Ryan McLeod, Kirill Maksimov, Skyler Brind’Amour: McLeod and Maksimov will start their pro careers in Bakersfield in the fall. Joining them will be second year pro Vesey, who was acquired last summer from the Toronto organization. Hebig, who burst onto the AHL scene early last season, faded in a big way late. Year 2 will be huge for him and it starts today.

Taylor Ward is an invite from NCAA Nebraska-Omaha. He posted ten goals and 24 assists in 35 games for the NCHC outfit this past season. Lavoie, Blumel and Mazura represent the 2019 draft class.

There will be an on-ice session later this afternoon, 4:00 pm, that follows a media period earlier in the day. The team, in two different groups, will skate on both Tuesday and Wednesday afternoon. The camp concludes on Thursday night with the annual Billy Moores Cup.