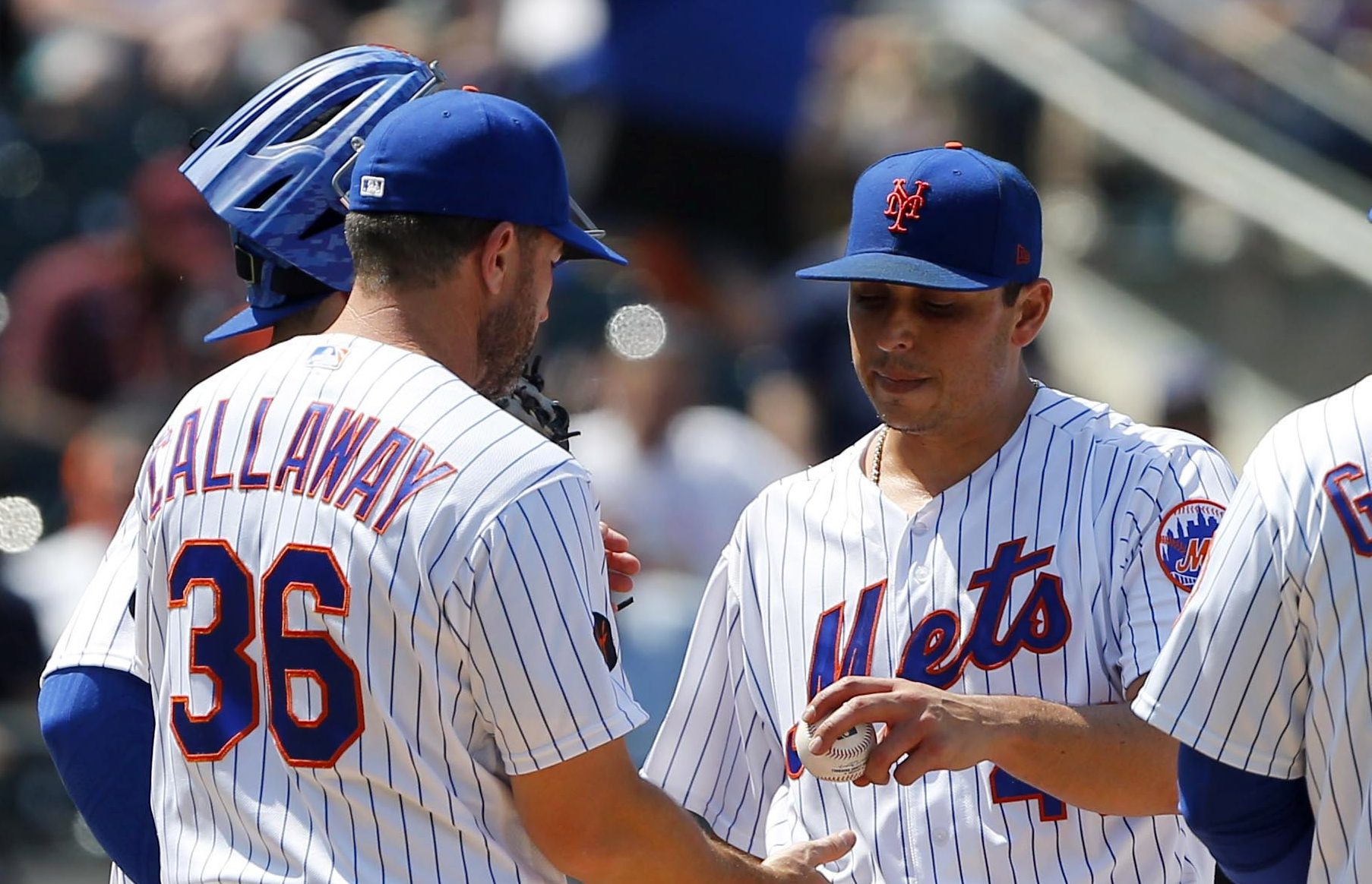 The Mets addressed Sunday night’s chaos before their game against the Phillies today … and no, they did not fire Mickey Callaway. Fine, whatever. While it was a possibility, and probably would have sunk another manager in another organization, that’s not how things are done here.

Neither Callaway nor Vargas were even suspended for their actions on Sunday, which is a little bit strange, but it’s something that we probably need to accept, because even though we have a pretty good account of what happened, there’s no smoking gun in terms of video. The most we could have reasonable expected was a game for Handsome Art Howe. But as it turns out, both parties were fined for their actions. Again, fine … whatever … sigh.

But would it have been too much to ask either Mickey or Jason Vargas to show a touch of genuine remorse for what happened? Just a little???

This is the full extent of Jason Vargas' comments regarding last night's altercation. He walked away without taking questions. pic.twitter.com/BDtecM9Ik5

"It was a misunderstanding, obviously," Mickey Callaway said of his role in last night's clubhouse altercation. pic.twitter.com/IisUOxEJu4

There was a minimum I would have accepted, and my bar is pretty low. The Mets didn’t even reach that. If this was a circle the wagons moment for the Mets that will propel them to some sort of 15 game winning streak because they hate the media, great! But this is a clown show until further notice.

Alex Cora, who got 495 plate appearances as a Met under the guise of veteran leadership, knows something about managing and about leadership. He had this to say (along with an anecdote about those days you might remember:

At one point when Cora was playing, Cora said, he heard a reporter laughing in the visitors’ clubhouse at Chase Field in Phoenix while his team was in the middle of a rough stretch. Cora thought the incident took place around 2008, though some quick research points to 2010– when Cora’s Mets dropped nine of 11, including a three-game sweep at the hands of the Diamondbacks– as more likely.

“Someone was laughing in the corner,” Cora said. “I said ‘Hey man, can you keep it down, please?’ Out of respect.”

Callaway exploded at Newsday’s Tim Healey following a loss in Chicago on Sunday afternoon, reportedly inciting an ugly scene in which left-hander Jason Vargas physically threatened Healey. The Mets fined both Callaway and Vargas on Monday and issued a statement denouncing their actions.

Cora, who meets with the media twice a day, said he can understand if Callaway was frustrated by being asked the same question over-and-over. Callaway reportedly became irritated by repeated questions about why he stuck with reliever Seth Lugo in the eighth inning instead of getting five outs from closer Edwin Diaz.

If Callaway had blasted Matt Ehalt after his questions about Diaz (which he kind of did), then I can understand a little more where Cora is coming from. But again, Mickey left the interview area, changed into his civvies, and was leaving the premises when he blasted Tim Healey for a salutation. It wasn’t called for.

But hey, Billy Martin punched a guy once. That’s our baseline now.

Then after all that, Handsome Art How had to be brought back to apologize:

“Get it right the next time, that’s not the same thing.” -Billy Joel

Whatever. We move forward. We’re on to Philadelphia, motherf***er.