Clippers' Weekly Round-Up: Change is in the Air Once Again for this Roster 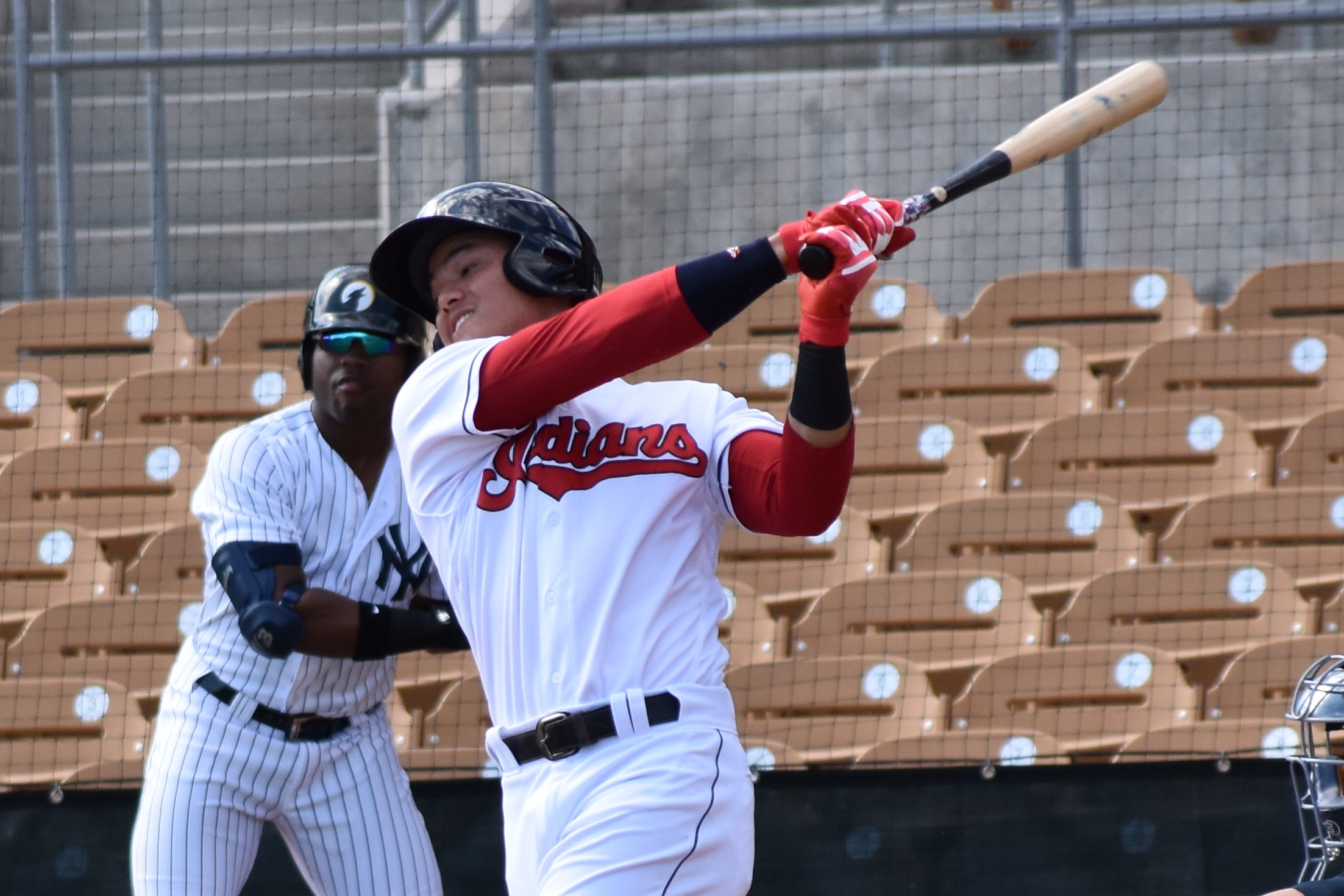 Clippers' Weekly Round-Up: Change is in the Air Once Again for this Roster

Change is afoot all across the Indians’ farm system, with player promotions coming fast and furious a little earlier than expected this season. With the recent influx of players from the amateur draft and the Low-A and High-A All-Star games in the books, the Indians’ front office has promoted several of its promising prospects throughout its lower affiliates. The Clippers AAA roster felt the ripple effect, although much of their roster movement is due to the major league team making moves of its own.

The Indians cut ties with outfielder Leonys Martin over the weekend, and called up first baseman Bobby Bradley to make his major league debut. Bradley started off with a bang for the Tribe, playing first base and going one-for-three with a double and an RBI. Some worry about Bradley’s strikeout rate in the majors. But let’s be frank – the Indians already have of plenty of strikeouts in that lineup without Bradley. Will he add to that number? Undoubtedly yes. But his power is real and he plays a solid first base. Strikeouts are a part of the major league game more than ever these days, and Bradley’s projection is not unlike many of the big swinging power hitters across major league rosters. Bradley will be missed in Columbus, but here’s hoping we don’t see him in this town again, unless he’d like to come visit for a Buckeye game.

Despite Bradley’s departure, this lineup still has some serious power. Five Clippers have more than 10 HR this season, and it’s not even July. Bradley led the International League with 24 HR before getting the call-up on Sunday. Catcher Eric Haase has 18 and one has to wonder if the Indians won’t give him a look this season if they’re searching for more power. Veteran Brandon Barnes has hit 16 HR and will likely play 1B most days as long as Bradley remains in Cleveland. Barnes, the consummate professional, is following up last year’s All-Star performance with another one through the first half of this season. Trayce Thompson – remember him from spring training? – has quietly hit 18 HR this season, and it seems like no one has noticed him with the crazy power coming from better known prospects like Bradley and Haase. And if you add Daniel Johnson‘s 10 HR in AA Akron with the three he’s hit for the Clippers, that puts him at 13 dingers to go along with his .297 batting average. So even with the loss of Bradley, plenty of power remains to propel the Clippers’ offense in the second half of the season.

As Bradley departed, infielder Yu Chang made his return to the Clippers last week. After spending a month-and-a-half on the inured list, Chang is hitting .294 (5 for 17) with 2 HR and 5 RBI in four games. Chang got off to a slow start this season, but now that he’s healthy he can hopefully show the major league promise he has throughout his minor league career. Chang can play 2B, SS, and 3B, and has good raw power for any of those positions. If he can stay healthy and produce, there is every reason to believe the Indians could give him a look considering their newfound willingness to let the kids play. There is an argument to be made that 2B/3B Mark Mathias has surpassed Chang as an infield prospect with his play this season. It will be interesting to see how Chang responds now that he’s healthy.

On the pitching front, congrats to Aaron Civale, who is the latest pitching prospect to get the call to the majors. He sure made the most of it with a spot start on Saturday against the Detroit Tigers. Civale pitched six scoreless innings, striking out six and walking three to earn his first major league win. He’ll likely get more work in Columbus this season, but he’s one to keep an eye on as long as three-fifths of the Indians’ rotation remains on the IL.

For anyone paying attention to the Clippers starting rotation, it is apparent that Asher Wojciechowski is the ace of this team. His last two outings have been simply dominant. On June 15 versus the Lehigh Valley Ironpigs, Wojciechowski earned the win after pitching seven strong innings of one run ball, recording 10 strikeouts and 2 walks along the way. He followed that up on Friday night by going another seven strong against the Ironpigs, striking out 8 and walking one. Wojciechowski is 30 years old and has not had much success in limited major league stints. But he’s sure pitched well for the Clippers this season and anchored the staff. He stands at 8-2 with a 3.81 ERA on the season, with 75 strikeouts, 29 walks, and 64 hits in 78 IP. Most of all he’s offered stability to a rotation that’s been inconsistent on the mound, and in flux all season with the rash of major league injuries.

One more pitcher to keep an eye on is reliever Argenis Angulo. He was promoted from AA Akron at the end of May, and posted 0.93 ERA with 9 strikeouts and 4 walks in his first eight AAA games. He hit a rough patch in his last two outings over the weekend, but he is a promising right-hander who is contributing to a bullpen that could use the help. Before joining the Clippers, Angulo was 2-2 with a 2.42 ERA over 17 games and 22.1 IP with Akron. Over that span, Angulo registered 35 strikeouts, 16 walks, and 10 hits. It will be interesting to see if he can stand out among a AAA relief corps that has been less than impressive through most of this season.

Heading into the last week of June, these players and others have led the Clippers to first place in the International League West with a record of 44-30. Indianapolis is 4.5 games back and in second place in the division.