Dolphins explain why they hired Brian Flores in 'different' generation 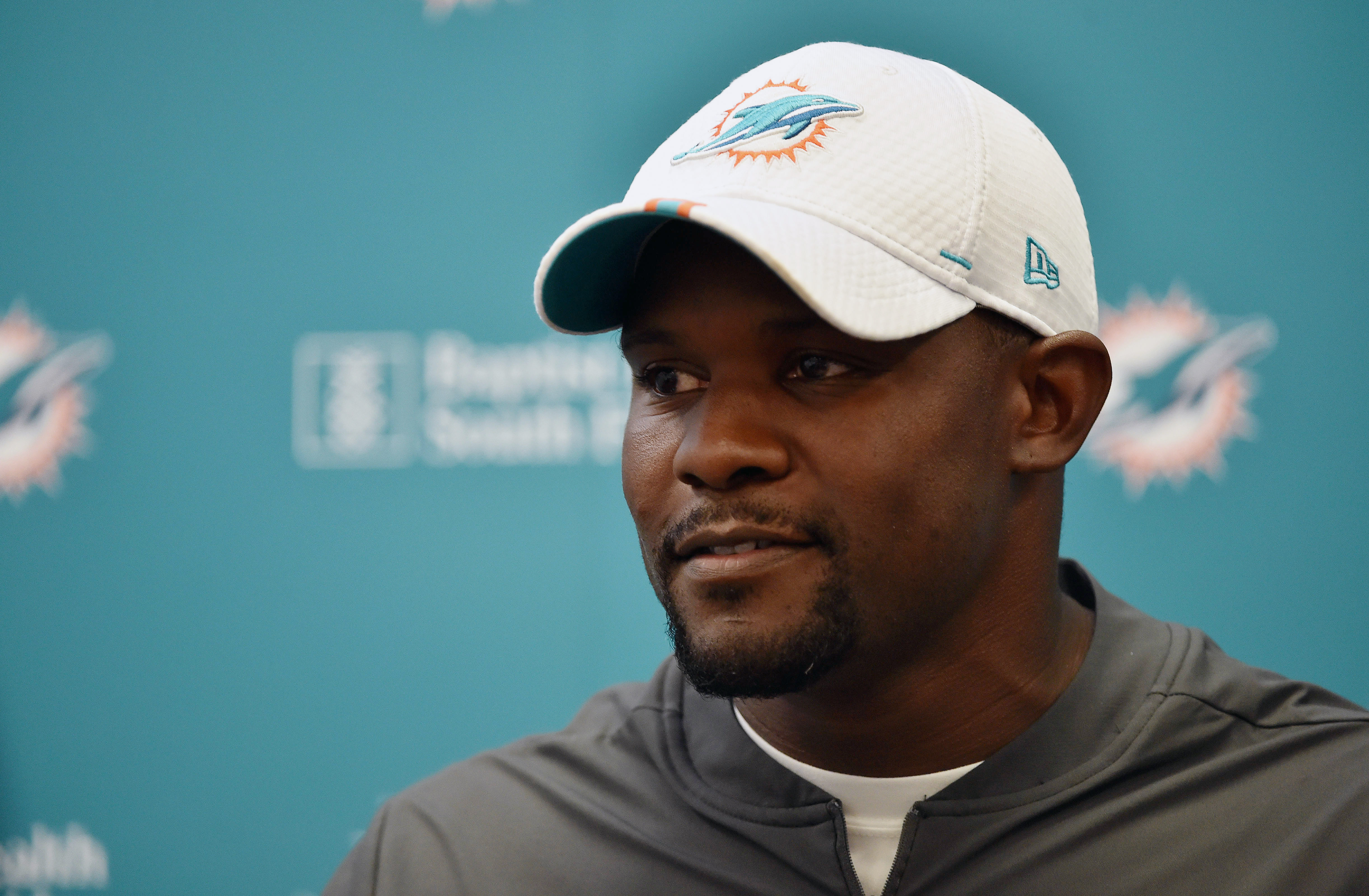 Dolphins explain why they hired Brian Flores in 'different' generation

The NFL is a copycat league, and the hiring trend sure seems to be favoring bringing aboard young coaches that are innovators — rather than old-school guys.

Not only that, these younger coaches tend to show more personality, and are players’ coaches, which resonates well with both younger and older vets on the roster. The age of disciplinarians that come from the Bill Belichick/Nick Saban school has come to a close.

The Dolphins sure went that route in hiring Brian Flores — who happens to be a Belichick disciple. Flores, however, is only 38 years of age, and was known for being one of the most aggressive defensive coordinators to ever be on Belichick’s staff — having no problem throwing out zero-coverage looks on critical downs, which often worked well for the team.

Miami is well aware that Flores has no head coaching experience, but the team doesn’t seem fazed by it. Dolphins general manager Chris Grier explained the team’s reasoning behind hiring Flores in a recent discussion.

“I was looking for the best leader,” Grier said, via Jarrett Bell of USA Today.

“This generation is different. When I grew up, I couldn’t talk back to my mom and dad. These kids, you see it out on the field, they’re talking back to coaches. It’s a different world. It’s a hard job, coaching these kids.”

Grier is definitely speaking the truth there. It remains to be seen how Flores will fare at the helm, though, as many others that preceded him in Miami have struggled over the years.