Early Look at a Seller's Market 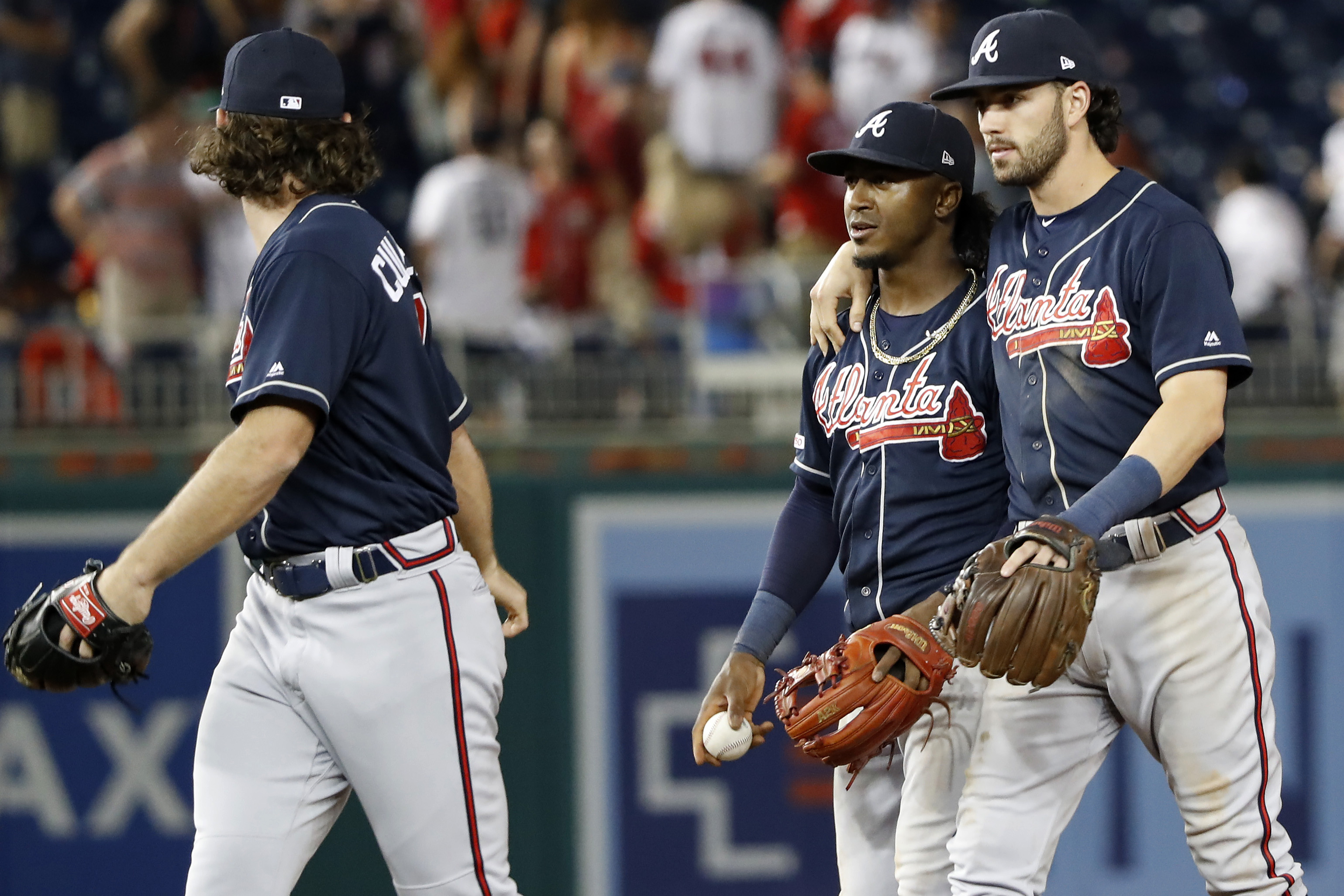 Early Look at a Seller's Market

So, you want to acquire a starting pitcher? Maybe a reliever? Possibly both? As June somehow comes to an end on Sunday (seriously, how?) and baseball’s final month before the trading deadline kicks off, the trade market has been largely quiet outside of a few deals here-and-there. Are sellers waiting until closer to the deadline before making moves? Are buyers hoping trade demands fall? Absolutely to both, but right now, the biggest culprit for a slow market is the number of teams that still have a chance.

As you might notice, only two teams are truly out-of-it. The Marlins are 16 games under .500 while the Giants are 11 games under. And that’s it. Sure, the Mets are disappointing at 37-42, but they’re within 4.5 games of the Wild Card as play begins today. And the Mets are right ahead of the Giants in the Wild Card standings. Seven other teams are ahead of the Mets in the Wild Card and that doesn’t include the two teams currently leading it, the Brewers and Rockies. The suddenly hot Pirates, winners of four straight, are now dreaming of a potential playoff birth. As are the Reds and even the Padres. The Diamondbacks are up to .500 and just two games out.

And as humbling as this season has been for Gabe Kapler and the Phils, they’re just one game out. As hot as Dave Martinez’s seat is, they are just 3.5 games out.

The AL is a little less crazy with five teams we can look at right now and think “they’re definitely selling.” That’s the Blue Jays, Tigers, Royals, Mariners, and the Orioles. The latter has won just 22 games this season and has a decent lead for the #1 draft choice in 2020. While the AL divisional leaders have opened up five games or better leads, the Wild Card is potentially a seven-team race. You could drop the White Sox – they trail by six – but at this point in the season, I think six games is a reasonable amount to climb.

Once again, you want a starter? A reliever? Both? It’s a seller’s market right now because there are so many potential buyers. For the seven teams definitely selling, that’s some good news for their rebuild.

Not every team is flush with great trade pieces. Typically, being horrible enough to put up these woeful records will mean your talent pool is pretty shallow. But let’s take a look at these seven teams and look at who might fit for the Braves.

Baltimore: Before the season, I would have circled Mychal Givens as a player the Braves should give serious consideration to. But Givens, who leads the O’s with six saves, has already given up eight homers with a walk-rate that is right at his career-worst. Givens would still represent a solid buy-low candidate, but more of an offseason move than one you make to stabilize your bullpen during the year. The rest of the team, save maybe a few players, is very ugly. I guess that shouldn’t shock you. The Orioles have used Sean Gilmartin as a starter. In 2019. In the majors.

Kansas City: Homer Bailey is not awful in 2019 and that’s an improvement. The 33-year-old’s ERA is 4.61, but a FIP of 4.12 and his lowest WHIP since 2014 represent good things. He’s dirt cheap as well. I’m not advocating targetting Bailey, but he’s going to garner some consideration. Left-hand specialist, Jake Diekman, hasn’t had a great run with an ERA of 5.06, but a sterling strikeout rate and 3.81 FIP provide some hope. That said, his walk totals have never gone back to his 2016 days when he was a stellar reliever for the Rangers. And then, there’s Ian Kennedy. The long-time starter was moved to the bullpen this year and has saved nine games with a 2.15 FIP and over 7 strikeouts per walk. The Royals should try to deal him and have to be willing to cover much of the remaining $25 million or so that he’s due until the end of 2020. Of course, that also might drive up prospect cost.

Detroit: The Tigers are a bad team, but have some great trade pieces. They probably should have traded Nick Castellanos well before now, but can try to recoup some talent for their top hitter who reaches free agency this winter. The Braves are unlikely to try to replace Nick Markakis in right field and Castellanos has big defensive questions, but even in a down year, Castellanos has a .780 OPS. Imagine what he can do if he gets hot. In the pen, Shane Greene has an unsustainable, but damn pretty ERA of 0.93. Regression will set in at some point, but he’s still a fine reliever and a potential closing option. But the jewel here is Matt Boyd, an emerging ace with a 3.61 ERA, 116 strikeouts with half of the season left, and a 3.38 FIP. Oh, and he’s team-controlled through the 2022 season. The price will be huge. The reward could be even bigger.

Toronto: The Jays still don’t have to deal Marcus Stroman despite the fact that it seems like they have considered such a trade for the last three or four years. The former Duke Blue Devil has rebounded after a poor 2018, though his FIP has been remarkably consistent each of the last four years. His groundball style might be a good fit, though many balk at either his on-the-field theatrics or his off-the-field animal concerns. Ken Giles has found a second life in Toronto and is once again one of the best relievers in baseball. Like Stroman, Giles is arbitration-eligible for one final season after the conclusion of 2019. Another arm to keep an eye on is David Phelps. He just returned after Tommy John surgery during the spring of 2018. In 2016-17, following a move to the pen, Phelps had a 2.72 ERA, 3.09 FIP, and 176 K’s in 142.1 innings. He also carries a fairly cheap option for 2020 that starts at $1 million and rises based on games pitched.

Seattle: The Braves have already acquired Anthony Swarzak from Seattle, who also traded Edwin Encarnacion to the Yankees. Could Jerry DiPoto, the AL’s answer to John Coppolella (minus the scandal), and Alex Anthopoulos find another deal? Mitch Haniger, often included in hypothetical trade scenarios over the winter, will be out for the next few weeks at least with an injury I don’t want to mention. Again, I doubt Atlanta tries to replace Markakis and Hanniger is probably not happening. Pitching-wise, the Mariners badly want to trade Mike Leake and nobody’s calling. Roenis Elías has been their de facto closer and could be useful. Otherwise, while DiPoto is definitely a motivated seller, the Braves don’t look like the best match.

Miami: Nick Anderson a big-time strikeout rate and an FIP about two runs less than his ERA. You’d have to believe in his arm and trust that regression will lower his ERA from its current 4.88. The rotation has some intriguing options, but I doubt the Braves want to trade the prospects needed to acquire any of the long-term pieces and the Marlins may not be interested anyway.

San Francisco: Of course, there’s Madison Bumgarner. I’ve talked about it before. If he’s cheap and isn’t handed a contract extension to agree to a deal, maybe there’s a place for him. That said, his numbers have only declined since his good start. The Giants’ pen is very interesting, though. The veteran-laden group is pitching quite well. Will Smith is the headliner, but Sam Dyson, Mark Melancon, and Tony Watson are all worth your consideration. As is Reyes Moronta and Trevor Gott, but they are dirt-cheap and the Giants may be inclined to keep them and deal the veterans first. Smith, a Georgia-native, is the only true rental of the group and is also the best (2.01 ERA, 2.10 FIP). Dyson has another year of arbitration and, after flaming out in Texas, he has a 2.71 ERA and 3.40 FIP the last two seasons. Watson, a lefty who can handle righties, also doesn’t walk anyone – though his strikeout rate has fallen this year. He has a player option for 2020, but an affordable one at $2.5M. Melancon has full no-trade protection and is due about $21 million through the end of 2020. Further, while he has carried a good ERA, the worst walk rate of his career (4 BB/9) may scare off teams.

For the moment, those are the teams for the Braves to deal with. But a long losing streak could increase the number of teams in this club in short order. What should the Braves do?