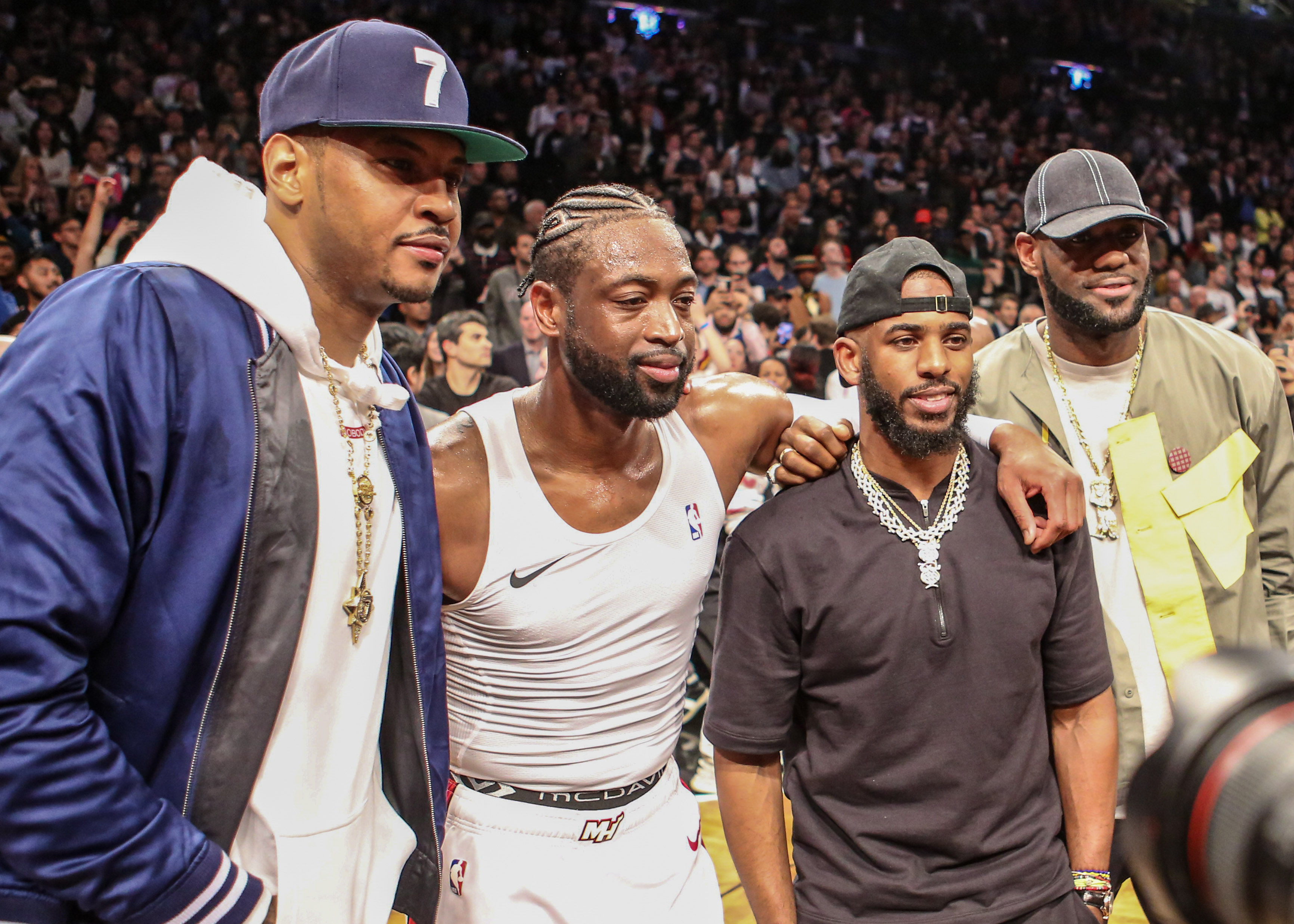 The Lakers have very few players currently signed heading into next season, which is why they’re rumored to be quite active in free agency.

Los Angeles agreed to trade away some of its young assets to acquire Anthony Davis, and some of its other players were on the end of expiring contracts.

As such, it will be interesting to see what the team does in free agency. And apparently, that plan could involve reuniting LeBron James with former teammates such as Kyle Korver and JR Smith — both of whom played with LBJ in Cleveland, and are are known for their ability to stretch the floor, according to a report from Chris Haynes of Yahoo Sports. On Korver:

“Kyle Korver is a name who just got traded to the Memphis Grizzlies. Most people think that eventually he will be bought out. ” Haynes said. “We all know that the Lakers need shooting, that was their Achilles heel last year, so shore him up, bring him in the fold, that would be a big boost.”

“If he’s waived, it’s my belief he will end up with the Lakers,” Haynes said. “Remember, J.R. Smith has a clause in his contract. By the end of this month, if he’s not traded, I believe most or all of his contract be guaranteed for next season, so that’s why Cleveland is trying to do something or get something for him now in a trade.”

Could LeBron and J.R. Smith reunite in Los Angeles? @ChrisBHaynes says don't rule it out 😬 pic.twitter.com/skjhcGUrzc

The gang could be back together soon.