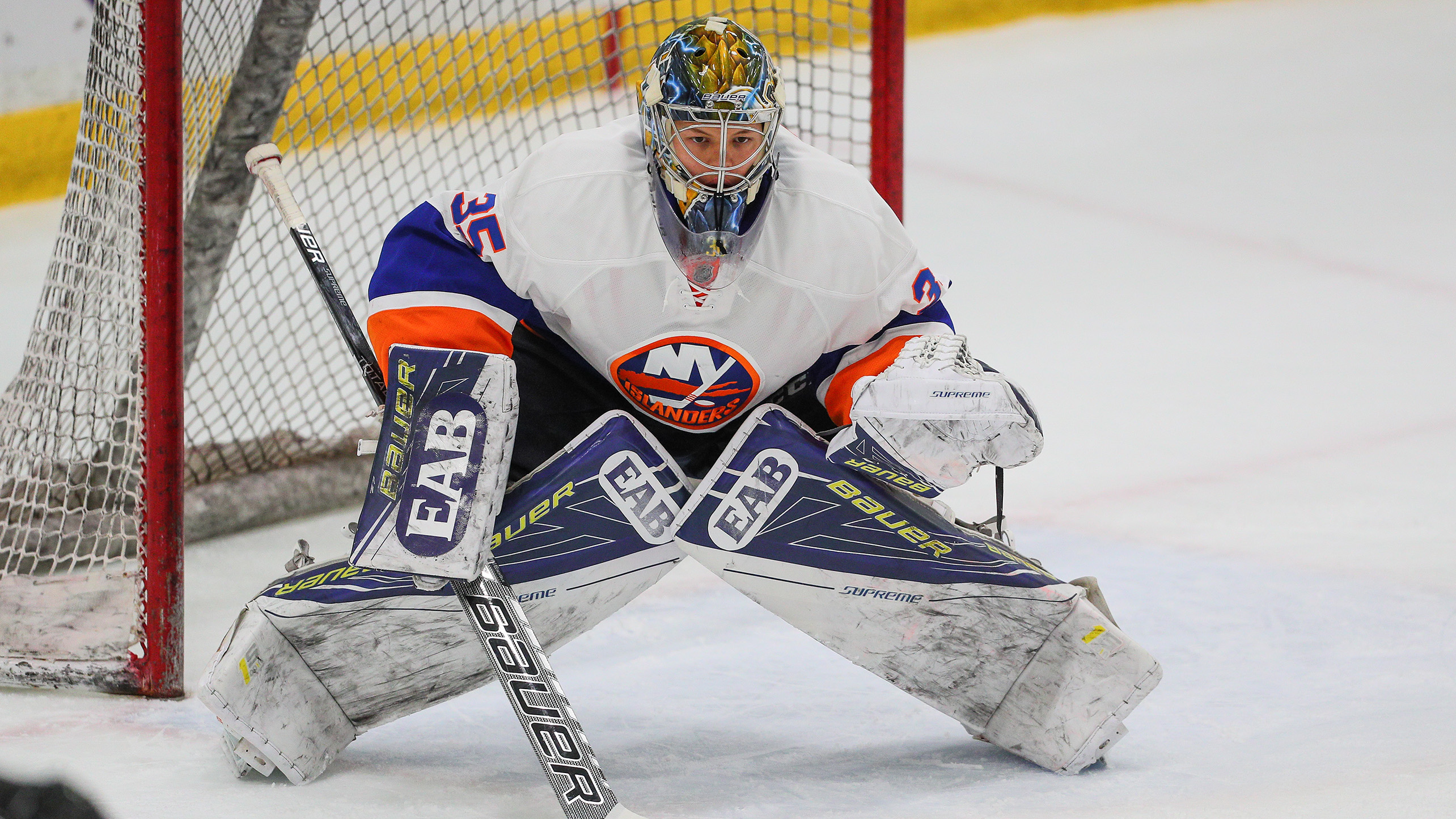 EAST MEADOW, N.Y. — There was still some question if Linus Soderstrom was going to skate on Tuesday, when the Islanders’ prospects took the ice for mini-camp.

But as 11:30 a.m. rolled around and the second group of prospects emerged for their on-ice workout, Soderstrom stepped the ice. It was sight for sore eyes to Soderstrom on the ice Tuesday morning.

Soderstrom didn’t participate in last year’s mini-camp and missed the entire 2018-19 campaign. At the time, it was reported that he had been dealing with a shoulder injury, but Soderstrom said on Tuesday that it had been a lower-body injury that prevented him from playing.

Regardless, the sight of one of the Islanders’ top-rated goaltending prospects on the ice was a good sign. Though being back on the ice took some getting used to for Soderstrom.

“Just very tough,” Soderstrom said about the first day of camp. “Back home when I was skating it was much easier. Just making sure the body is in place and it’s holding. Today there was no thought about that. It was just going out there and going hard.”

Soderstrom will likely get a shot at going for the starting job in Bridgeport next season. However, the 22-year-old said that he would play wherever he had to in North America, whether that was in the AHL or the ECHL.

Soderstrom dealt with two consecutive seasons where injuries had impacted his development. He played 14 games with HV71 of the Swedish Hockey League before being shelved during the 2017-18 season.

That came after he had an outstanding rookie campaign with HV71, posting a 943 save percentage and winning the league championship.

Despite the setbacks in recent years, Soderstrom remains an important piece in the Islanders goaltending depth going forward. Uncertainty still surrounds whether Ilya Sorokin will ever play in North America, which raises the importance of a prospect like Soderstrom.

For Soderstrom, his focus is just to improve every day and he was happy to be back on the ice with the Isles on Tuesday.

“Just have to work every day all year,” Soderstrom said. “I think that’s my main focus, but I mean being back here after a one-year absence is really great. To see the management again and all the trainers, it’s really a good week to be here.”