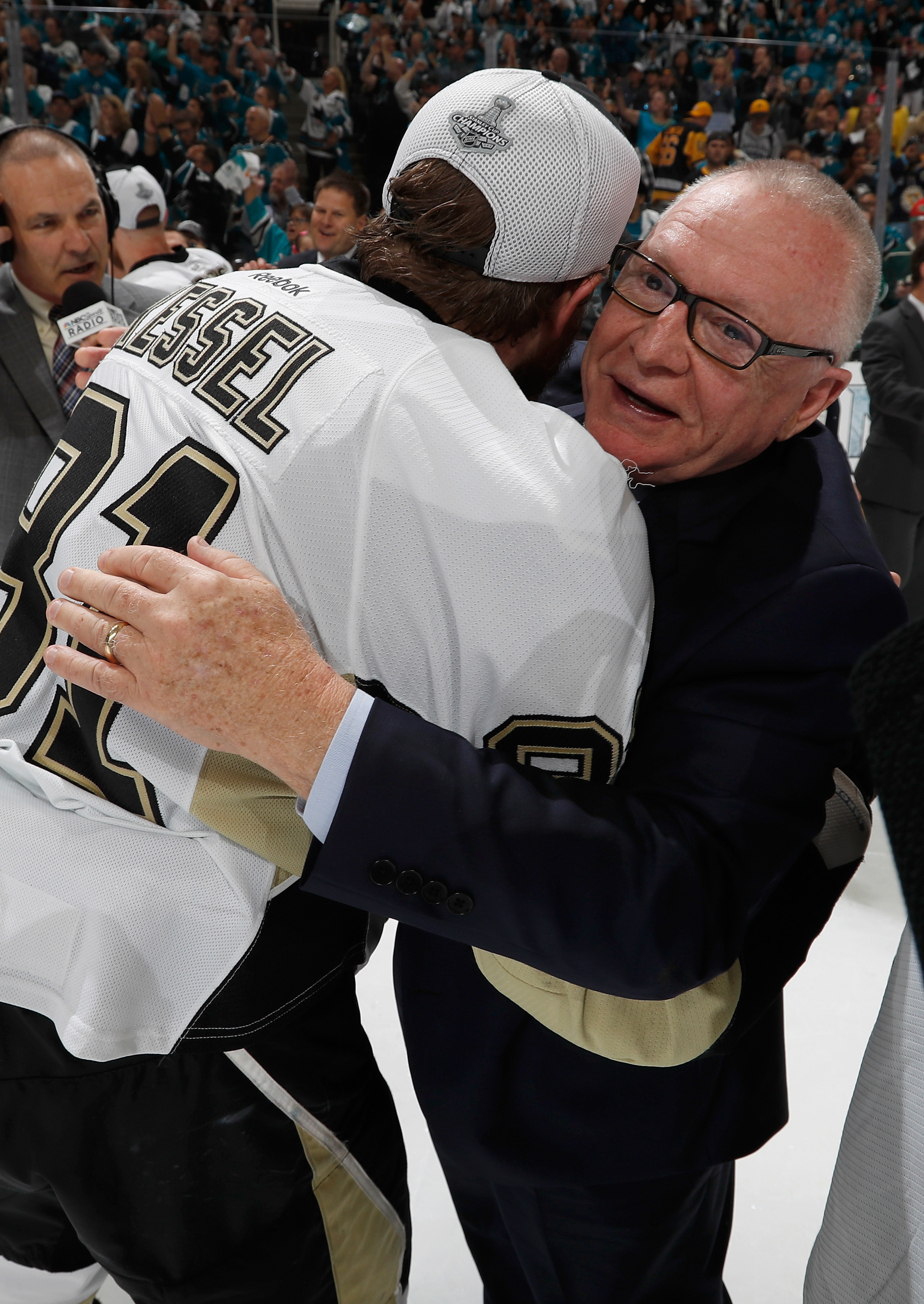 It’s just been one of those action-packed days around the NHL today, folks.

Congratulations on your retirement, Brooksy! pic.twitter.com/qzZxrDf9CL

Orpik was a loyal soldier during his 11 seasons with the Penguins, right down to definitely having an opinion on Dan Bylsma’s firing but definitely not sharing it with reporters after he was long gone and a member of the Washington Capitals.

On top of the Orpik stuff, it was qualifying offer day across the NHL.  Usually just a formality with restricted free agents in order to retain their negotiating rights, the Pens sent offers to Joseph Blandisi, Adam Johnson, Teddy Blueger, and Marcus Pettersson.  Of those, only Marcus Pettersson is not eligible for arbitration

Basically, this gives the Penguins the chance to match any offer sheet should it come these players’ way (it won’t).

Onto the next step of the negotiation process prior to the season opening on October 3rd at home against Buffalo.

This year, the Penguins have 17 back-to-back games, up from the 11 they had last year and down from the 19 they had the season before, with the first one coming October 18 and 19 when the Stars and Knights come to down and immediately followed up by another 3 days later in Sunrise and Tampa.

Or, if you prefer to see it all laid out in time: pic.twitter.com/eX8dLfPXQH

Other notable games include:

First game against the Caps: 2/2, in Washington

After the trip to Cali, the Pens finish up the season with 18 games, 14 of which are against Metro Division opposition, including a 10 straight game stretch from March 7th (at home against Washington) to March 24th (at home against Carolina) where they only play Metro teams.  They’ll see Carolina 4 times in March as well as Washington, Jersey, and the Rangers each twice.  They’ll finish the regular season on April 4th in Ottawa.

If there was ever a run of games that will make or break the Penguins season, it’s the March death trap.  Holy hell.

Finally, the Hockey Hall of Fame Class of 2019 was announced today and some familiar names are on the list.

THE CLASS OF 2019: Congratulations to Guy Carbonneau, Vaclav Nedomansky, Jim Rutherford, Hayley Wickenheiser, Jerry York & Sergei Zubov, who have been elected for induction into the @HockeyHallFame – https://t.co/vjjwu2ZckN#TSNHockey pic.twitter.com/W4SlTL73zc

Guy Carbonneau is a strange choice, but Wickenheiser and Zubov are absolutely no-brainers here, with Zubov’s coming almost 23 years to the day after he was sent from Pittsburgh to Dallas in one of the weirdest trades in Penguins history.  This after he came off a season where he registered 66 points in 64 games with the Penguins.

From Sean Shapiro of The Athletic about that day:

A short conversation at the draft table helped the Dallas Stars pull off one of the biggest trades in franchise history on June 22, 1996. According to multiple accounts, the conversation went something like this between Stars general manager Bob Gainey and Pittsburgh Penguins general manager Craig Patrick.

Gainey hung up the phone and asked the rest of the Stars representatives at the draft table, “Is there any reason we wouldn’t trade Kevin Hatcher for Sergei Zubov?”

The bottom line? The Penguins thought getting a more stable defensive player in Hatcher was worth parting with Zubov. “I guess management decided to get a more defensive player. That’s the way it is,” Zubov told the Fort Worth Star-Telegram in 2001. “Maybe they did want me to shoot more. I always want to make a play, maybe even a fancy play. I think that’s the beauty of hockey.”

While the trade was a beautiful thing for Dallas, it’s a bit of a sore spot for Penguins fans. Hatcher played three solid seasons in Pittsburgh, but the hindsight of giving up on Zubov – especially after he won a Stanley Cup – still stings a bit in western Pennsylvania.

Meanwhile, GM Jim Rutherford gets the nod as a “builder,” having won 3 Stanley Cups across two different franchises as GM:

Jim Rutherford's GM career has to be one of the strangest of any HOFer. Three Stanley Cups (with two different teams!) puts him in rare, elite company. But his teams also *missed* the playoffs far more than they made them.

Hard to argue with GMJR’s inclusion here and it will surely be met with a very nuanced and normal discussion about his current roster construction and missteps with the Penguins, but at the end of the day, winning is all that matters to get into the HHoF and he has certainly done that 3 times so far.

So congrats to the old man for that achievement.