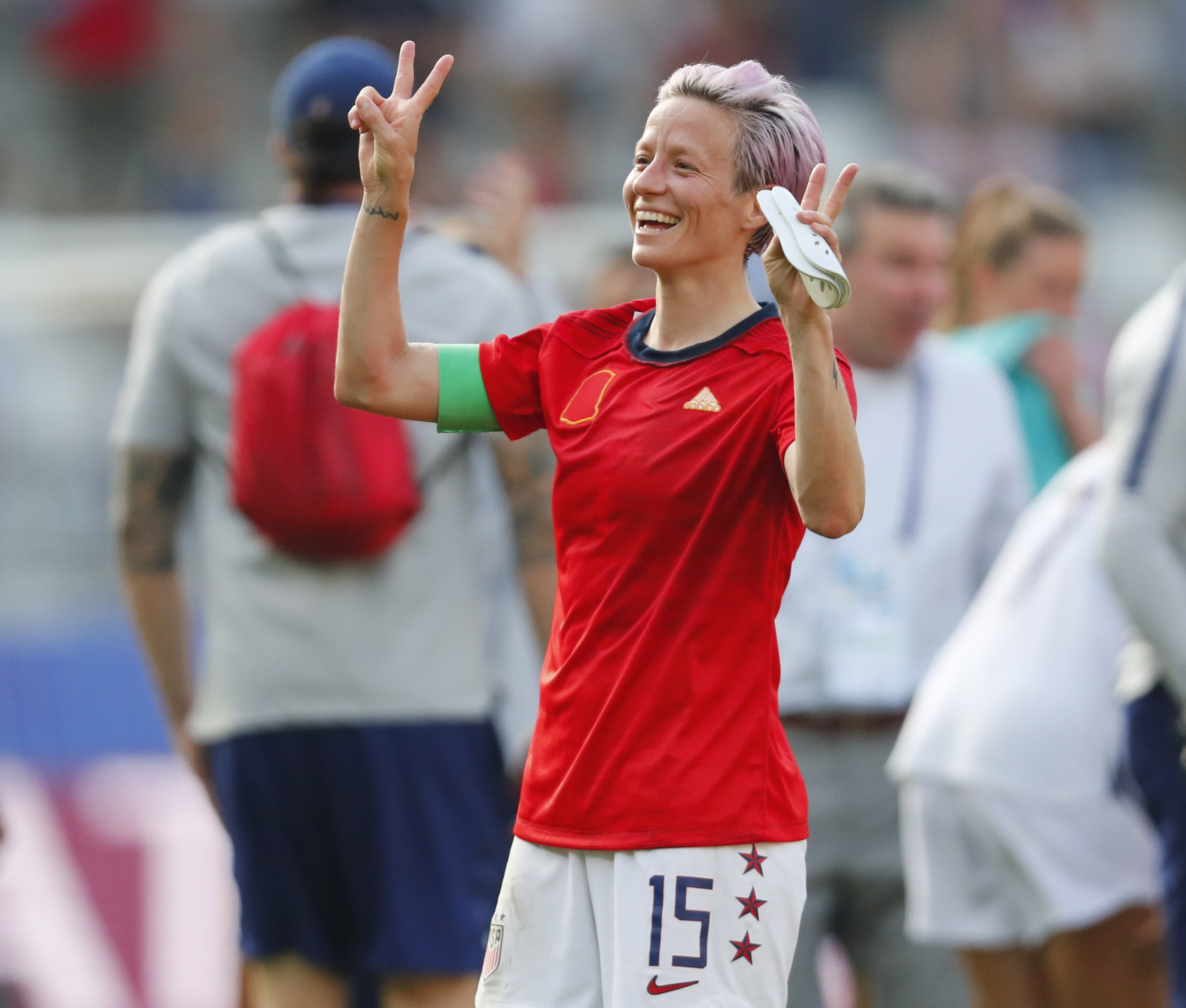 The United States have booked their ticket to the final eight of the 2019 FIFA Women’s World Cup in France. On Monday in Reims, Megan Rapinoe of Redding, CA scored twice as the United States beat Spain 2-1 in the round of 16.

Both of Rapinoe’s goals came on penalty kicks. Her first goal came early in the match, specifically in the seventh minute, after Maria Leon of Spain tripped Tobin Heath of Basking Ridge, NJ in the penalty area. Then, Rapinoe scored in the second half on a penalty after another controversial call which required the video assistant referee.

It took a significant amount of time to determine whether or not Rose Lavelle of Cincinnati, OH was tripped by Spanish defensive midfielder Virginia Torrecilla. According to the referee Katalin Kulcsar of Hungary and VAR, Lavelle was interfered with and Rapinoe was awarded a second penalty kick. This time, Spanish goalkeeper Sandra Panos went to the correct side, but was still beaten by Rapinoe.

For the first time in the 2019 FIFA Women’s World Cup, the United States had a goal against. The Spanish goal scorer was Jennifer Hermoso, who tied the game at one goal apiece in the ninth minute with a perfect shot in the corner of the net.

The United States will now face France in the quarterfinals on Friday. This will definitely be a tough game for the United States, as they will not just be battling the players, but the crowd as well at the Parc des Princes in Paris.

In the other round of 16 matchup on Monday, Sweden beat Canada 1-0 in Paris. The Swedish goal came from Stina Blackstenius in the 55th minute.

Canada had a glorious opportunity to tie the game at one in the 67th minute. Sweden’s Kosovare Asllani was given a yellow card for blocking a Canadian shot with her hand in the penalty area. Canada’s Janine Beckie was awarded a penalty kick, but was stopped by Sweden’s Hedvig Lindahl, who made a tremendous save. With the win, Sweden will play Germany in the quarterfinals on Saturday from Rennes.