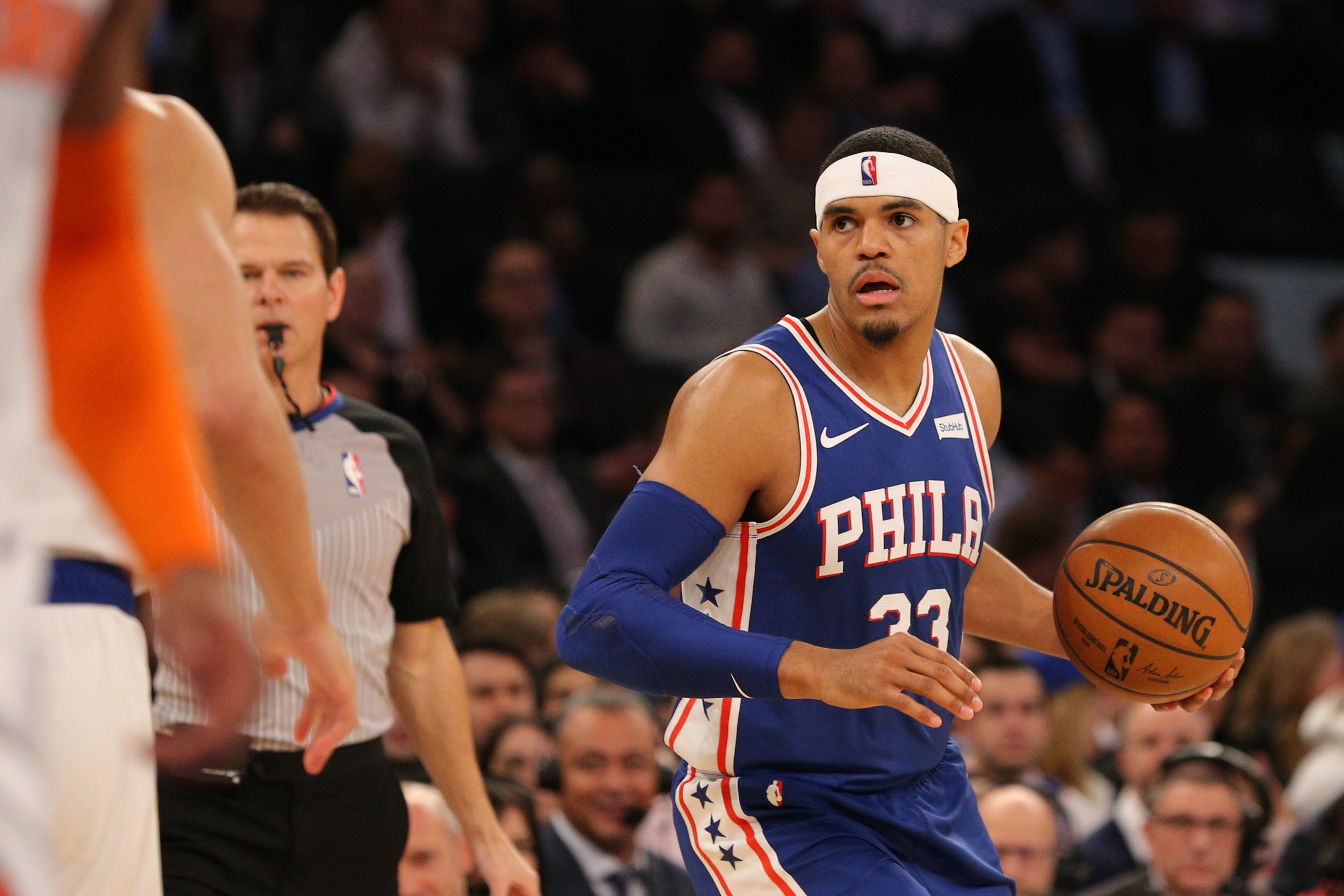 A couple of weeks ago, Michael A. Scotto of The Athletic reported that the Brooklyn Nets and unrestricted free agent Tobias Harris have a mutual interest in each other.

However, it appears as if they are not the only New York team looking to acquire his services.

According to Marc J. Spears of The Undefeated, the Knicks are interested in Harris, along with other top-tier free agents.

The veteran NBA scribe also notes that New York general manager Scott Perry is familiar with Harris from his days as an assistant manager with the Orlando Magic.

In addition to the Knicks and Nets, the Memphis Grizzlies, Utah Jazz, Sacramento Kings, Indiana Pacers, and Dallas Mavericks, have all been linked to the 26-year-old playmaking power forward.

On Sunday, Stefan Bondy of the New York Daily News reported that Harris will conduct free agent meetings on the East coast on June 30 and the West coast on July 1.

With all that being said, it does not come as a surprise to the Knicks jumping into the Harris’ sweepstakes.

The Knicks are one of the teams, who have two max contract slots available and would certainly use it Harris if they cannot land either Kevin Durant or Kawhi Leonard.

However, a max contract from the Knicks would look completely different from what the Sixers could offer Harris.

For example, if the Sixers were to offer Harris a full max contract, it would be a five-year deal worth under $190.6 million. But if he were to turn that down, the Knicks could only offer him a four-year max deal worth $140.6 million.

Therefore, if you are Harris, would you take the extra money and year to stay in Philly? Or would you join the Knicks where you could receive more touches?

These are just some of the questions that the 26-year-old will have to answer, after an outstanding 2018-19 campaign with both the Los Angeles Clippers and Sixers.

This past season, Harris averaged a career-high 20.0 points, 7.9 rebounds, and 2.8 assists in 34.7 minutes per game. He also shot an impressive 48.7-percent from the field and 39.7-percent from three-point range.