No news, little news, probably a good thing for Eagles 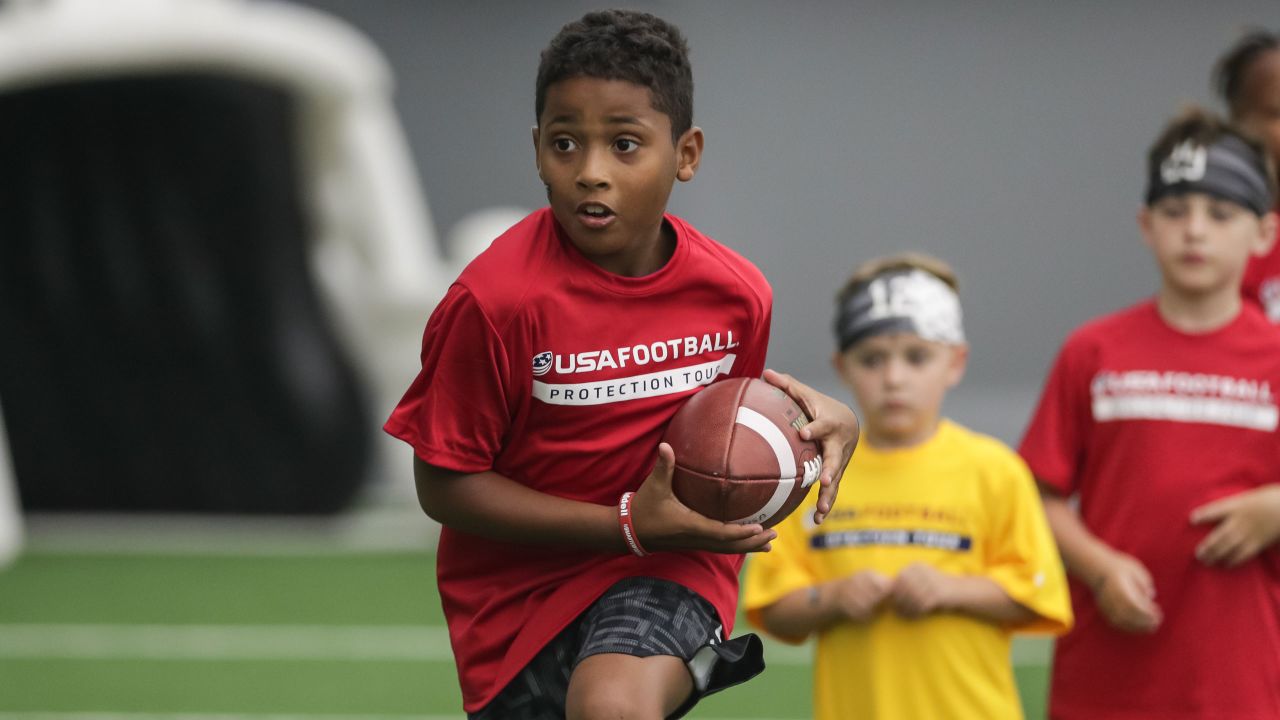 No news, little news, probably a good thing for Eagles

That photo is from the Eagles PR Dept. as the Birds sponsored a “USA Football Protection Tour Camp” last Sunday. Pretty cool, you expose kids to the “Right Way” to play the game. You mostly want to teach ’em about safe tackling and blocking techniques, lest they run around and kill each other. What fun would that be?

Meanwhile there are no earth-shaking tabloid headlines on our Eagles, which heading into July is a real good thing. Meh, there’s a bit of controversy over charging $10 a head to attend a training camp practice, but you look around the league and a lot of teams are doing it. As with the Eagles’ charitable cause re. curing autism, other teams are donating the dough to worthy projects. But my concern is the whole thing is really a test market to see just how much the die-hard NFL fan will actually pay to watch a practice in person.

Used to be TC was like a music festival kind of destination for fans. You didn’t pay admission, but it took a modest investment of gasoline and sangwiches and maybe even a hotel fee to make the trek to Lehigh. Many years before Lehigh it was Hershey, PA. The point is, Eagles fans have invested in attending training camp forever. It would seem that investment is not earning much of a return at this time.

Other than that little controversy, and the whole made-up verbal Punch & Judy show between DJax and Skip Bayless, there is not much happening. We’ve got media guys at their wits’ end trying to dig up any original anything on the Birds. You’ll see a lot of recycled quotes and stories this week and next. For instance, things like “Brandon Graham Says He’s Ready For A Big Year” and “Tim Jernigan Says He’s Still Got A Lot To Give”…

All EYE care about is nobody gets drunk, hurt or arrested. We don’t need that drama.