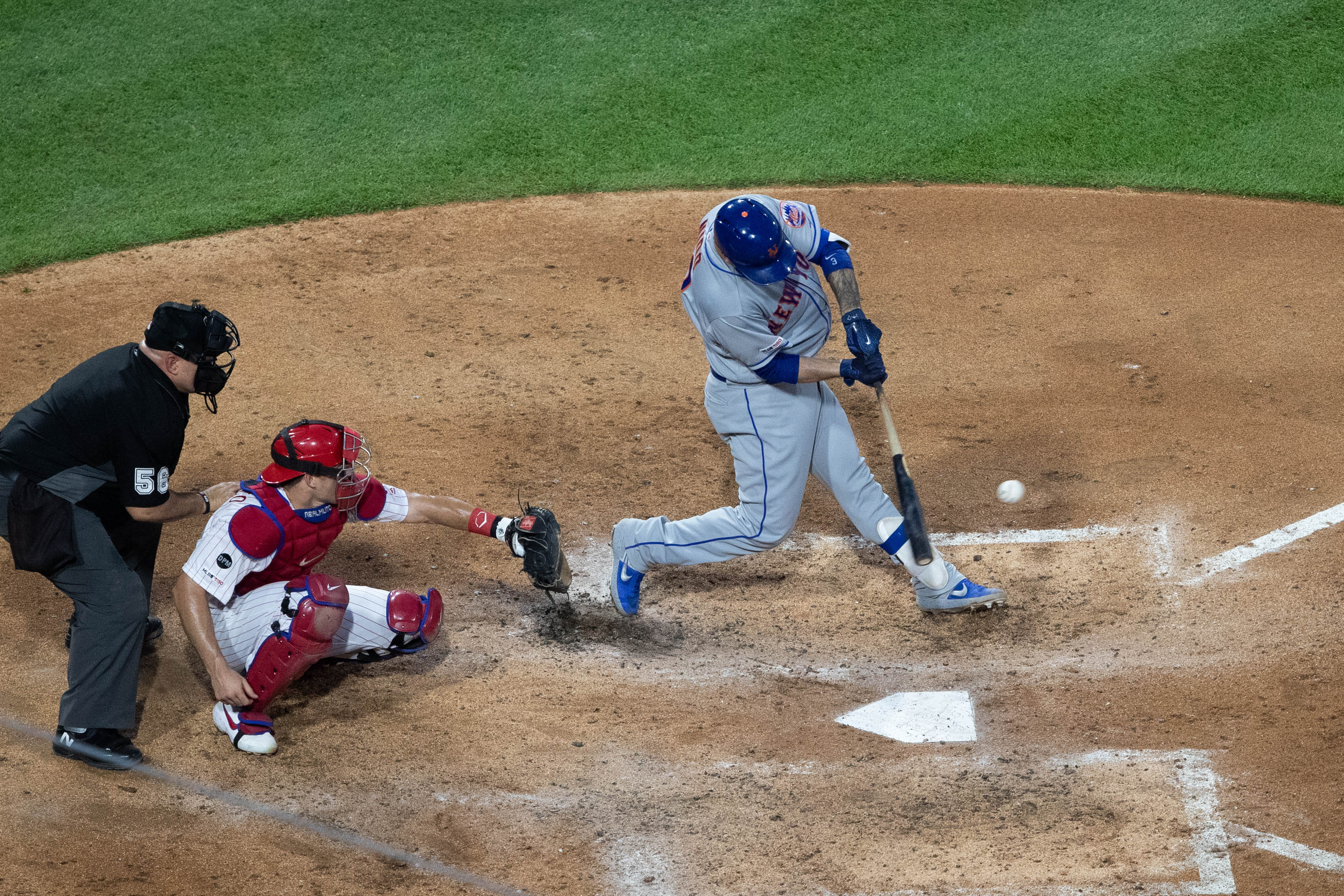 The New York Mets (37-44) have seen this road trip become a complete disaster. After falling 5-4 in 10 innings to the Philadelphia Phillies (42-38) last night, the Mets have gone 3-7 on the trip to fall a season high seven games below .500. The Mets will now look to avoid getting swept by the Phillies in the series finale this afternoon. First pitch for the matinee affair is scheduled for 1:05 p.m. at Citizen’s Bank Park.

The Mets will send right hander Zack Wheeler (6-5, 4.69 ERA) to the mound today. Wheeler looked sharp in his last start, allowing one run in seven innings to defeat the Chicago Cubs last Saturday. The Phillies will counter with righty Aaron Nola (6-2, 4.55 ERA). Nola was brilliant in his last outing, allowing only two runs (one earned) in eight innings against the Miami Marlins last Friday, but was still stuck with a tough luck loss thanks to a lack of run support from his teammates.

Here is the starting lineup for today’s series finale in Philly. #LGM pic.twitter.com/26jmJGdBrz