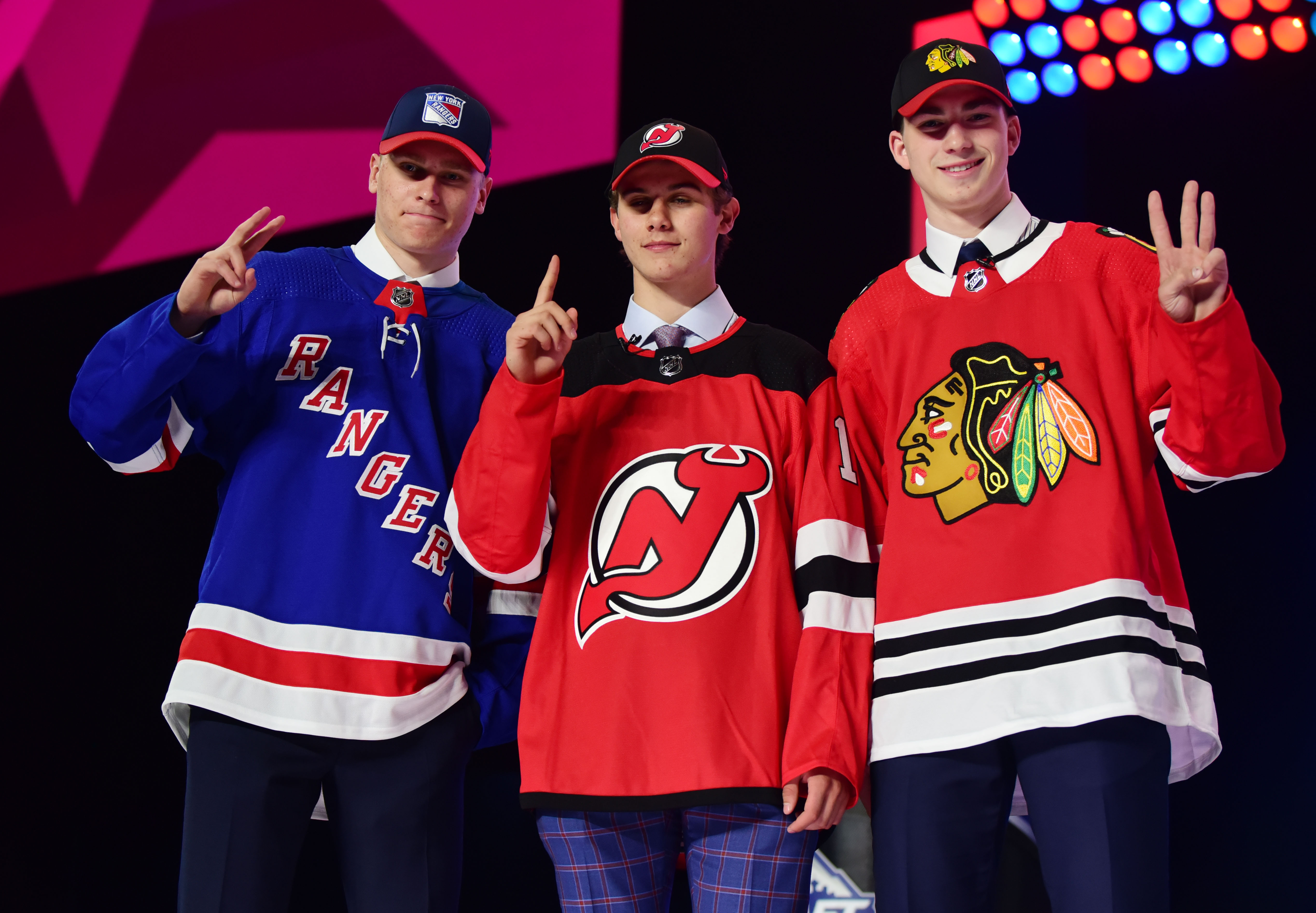 Rivalries have always been a part of sports. Sometimes they are manufactured by having two budding superstars playing in the league at the same time, such as Sid vs. Ovi Others are created by two players that could easily be drafted 1-2 in either order as was the case in 2010 when Taylor Hall and Tyler Seguin were neck-and-neck right up to the start of the entry draft. And of course, the close proximity of two teams essentially playing in each other’s backyards easily breeds contempt.

Heading into the draft lottery on April 9th, no one could have imagined that the NHL would be setting up for the hat trick of these rivalries when the New Jersey Devils and the New York Rangers ended up with the first and second picks in the 2019 Entry Draft.

When Ray Shero and the rest of the Devils entourage stepped up to the stage Friday night in Vancouver, not only were they picking for themselves; they were deciding for their adversaries across the Hudson as well. Jack Hughes went first overall, leaving Kaapo Kakko to go number two to the Rangers, much to the elation of Blueshirts fans attending the team’s draft party at Madison Square Garden.

Having two stars in the making joining these teams at the same time could not happen at a better time for a rivalry that has lost a bit of luster over the last few seasons. It’s been a quarter of a century since the epic 7-game Eastern Conference Final that ended with Stephane Matteau‘s double-overtime game winner; more than a decade since Sean Avery battled it out with Martin Brodeur; seven years since Adam Henrique simultaneously sent the Rangers packing in six games and the Devils to the Stanley Cup Final. Since that last playoff meeting in 2012, the Devils made the playoffs once and the Rangers four times before announcing the rebuild in February 2018. How bad was it for both teams last season? At their April 1st match-up at the Prudential Center, fans of both teams united in a “we both suck” chant.

Both teams already have upgraded their defense, with the Rangers acquiring Jacob Trouba from the Winnipeg Jets on June 17th, and the Devils taking advantage of the cap-strapped Nashville Predators on day two of the draft to nab P.K. Subban. Both teams still have more issues to address any questions to eventually answer on their high-profile impending free agents. Can’t-miss prospects don’t solve all of the woes of franchises working to get back into playoff contention and eventually a Stanley Cup contender (see: Oilers, Edmonton). Developing them correctly and surrounding them with the right support staff does. Should these teams follow that trajectory, fans will feel like it’s the mid-1990s and late-2000s all over again.

The Rangers and the Devils will meet in the preseason for the first time on September 18th. Typically mundane affairs where you need the media notes to determine who’s who, should both dress you can be sure that there will be more buzz than usual. Should both make the clubs out of camp, the two will go face-to-face for the first time when it counts at the Prudential Center on October 17th.