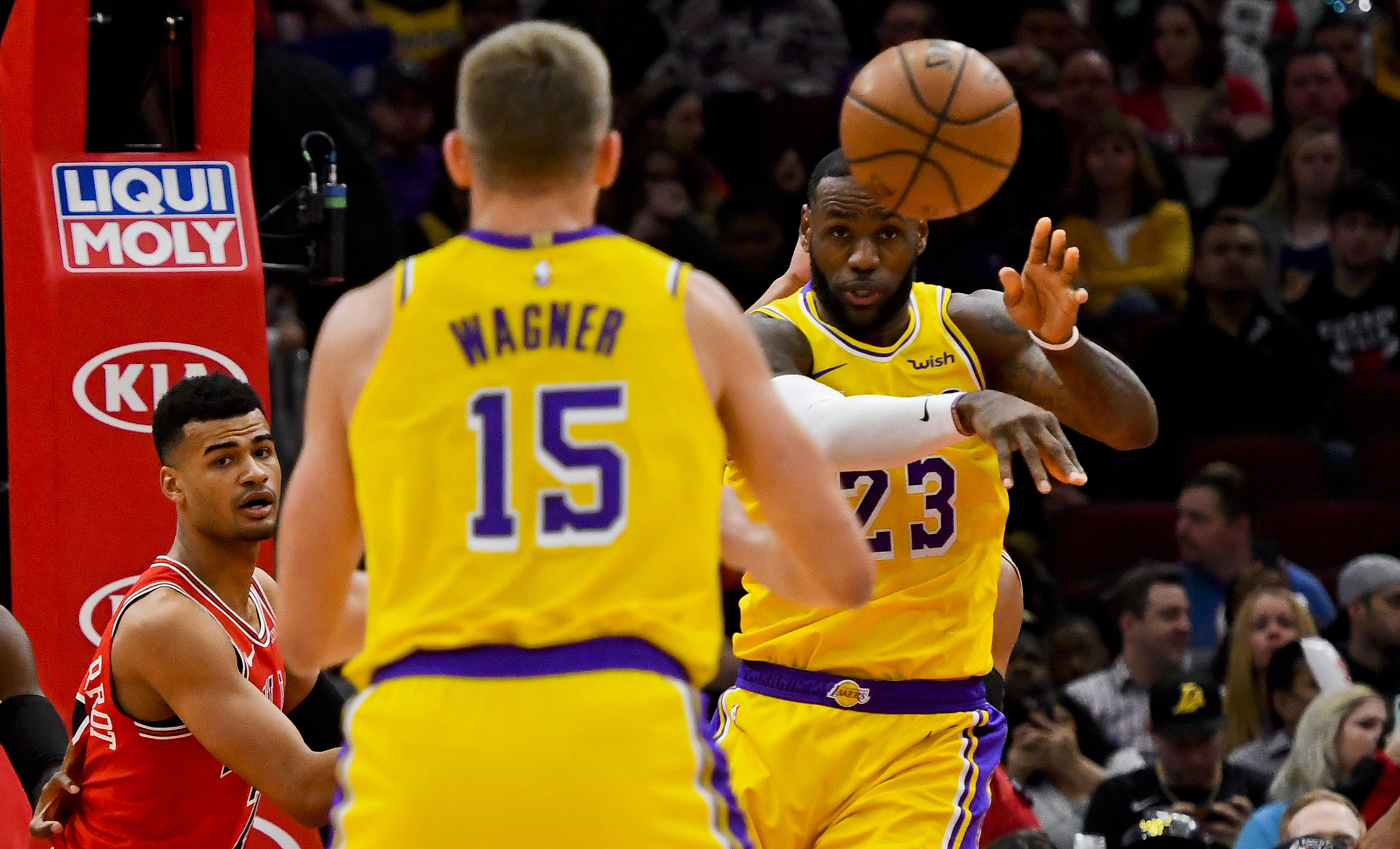 The Los Angeles Lakers and New Orleans Pelicans shook the core of the NBA earlier this month by agreeing to trade Anthony Davis for Brandon Ingram, Lonzo Ball, Josh Hart, and three first-round picks. Then it became clear that Los Angeles would be looking to create additional cap space in order to have a third max salary spot available ahead of free agency. On Thursday, Washington got involved by taking on the contracts of Moritz Wagner, Isaac Bonga, and Jemerrio Jones. The Wizards are sending $1.1 million to the Pelicans, the minimum required in three-team trades, and will receive a 2022 second round pick from the Lakers. If you wanted proof that Tommy Sheppard is different from Ernie Grunfeld, understand that the former has acquired two second-round picks in a week after Grunfeld has dealt several in recent years.

The Lakers are trading Mo Wagner, Isaac Bonga and Jemerrio Jones to Wizards as part of the Anthony Davis deal with New Orleans, league sources tell @ZachLowe_NBA and me. Deal clears contracts and creates more cap space for free agency.

Sources: Lakers are sending their 2022 second-round pick to Washington in trade to move Moe Wagner, Jemerrio Jones and Isaac Bonga to the Wizards.

Washington liked Wagner as a prospect during last summer’s draft when they had him in for two pre-draft workouts, including a private one, but Los Angeles selected him late in the first round. Similar to last season when the Wizards swept up a big from the Lakers in Thomas Bryant, history is repeating itself this season. In 43 games, Wagner averaged 4.8 points and 2.0 rebounds in 10.4 minutes per game as a rookie for the Lakers. The 6-foot-11 center averaged 16.5 points and 5.8 rebounds per game in six G League appearances.

Bonga is a 19-year old point guard/wing since he is 6-foot-8, Tomas Satoransky-esque, taken in the second round of last year’s draft. He only played 120 minutes in his rookie season. Jones, 24, is a wing out of New Mexico State University and has played just six games in the NBA for a total of 143 minutes. I would expect Washington to waive Jones’ partially guaranteed contract and pay out the $199k of dead money. Wagner and Bonga have pretty cap and team friendly deals so I expect both to be retained for this season. Wagner and Bonga can be fit into the $5.5 million trade exception the Wizards have from the Jason Smith trade, which will still have a balance of about $2 million. The team still has other trade exceptions including Markieff Morris’ $8.6 million from last season (they brought in Wesley Johnson with John Wall’s disabled veteran exception).

Including second-round pick Admiral Schofield who technically does not get a guaranteed contract, Washington currently has 13 players under contract when free agency opens on July 6 after the trade becomes official. I believe they will waive Jonathon Simmons and take the $1 million dead cap hit. They could also cut Jordan McRae, Tarik Phillip, and/or Jermerrio Jones. I think they will only release Jones. That brings them to 11 players on the roster. Undrafted free agent Justin Robinson most likely makes the team and the Wizards hope to retain Thomas Bryant and Tomas Satoransky. Before possibly re-signing Bryant and Satoransky, Washington will have about $5 million available before hitting the salary cap when they will use Bird rights and other exceptions to make additional moves.

Last week, the Wizards had just five guaranteed contracts on their roster. Now it is very plausible that they have 14 players penciled in for their training camp roster by this time next week after free agency moratorium starts on Saturday, June 30 at 6 p.m. Whatever you think about Tommy Sheppard is fine and well, but he is doing a good job trying to get the organization back on course despite being dealt a lousy hand and having zero long-term job security.