Dishing dirt on the Celtics: From South Beach clubbing to charity refusals 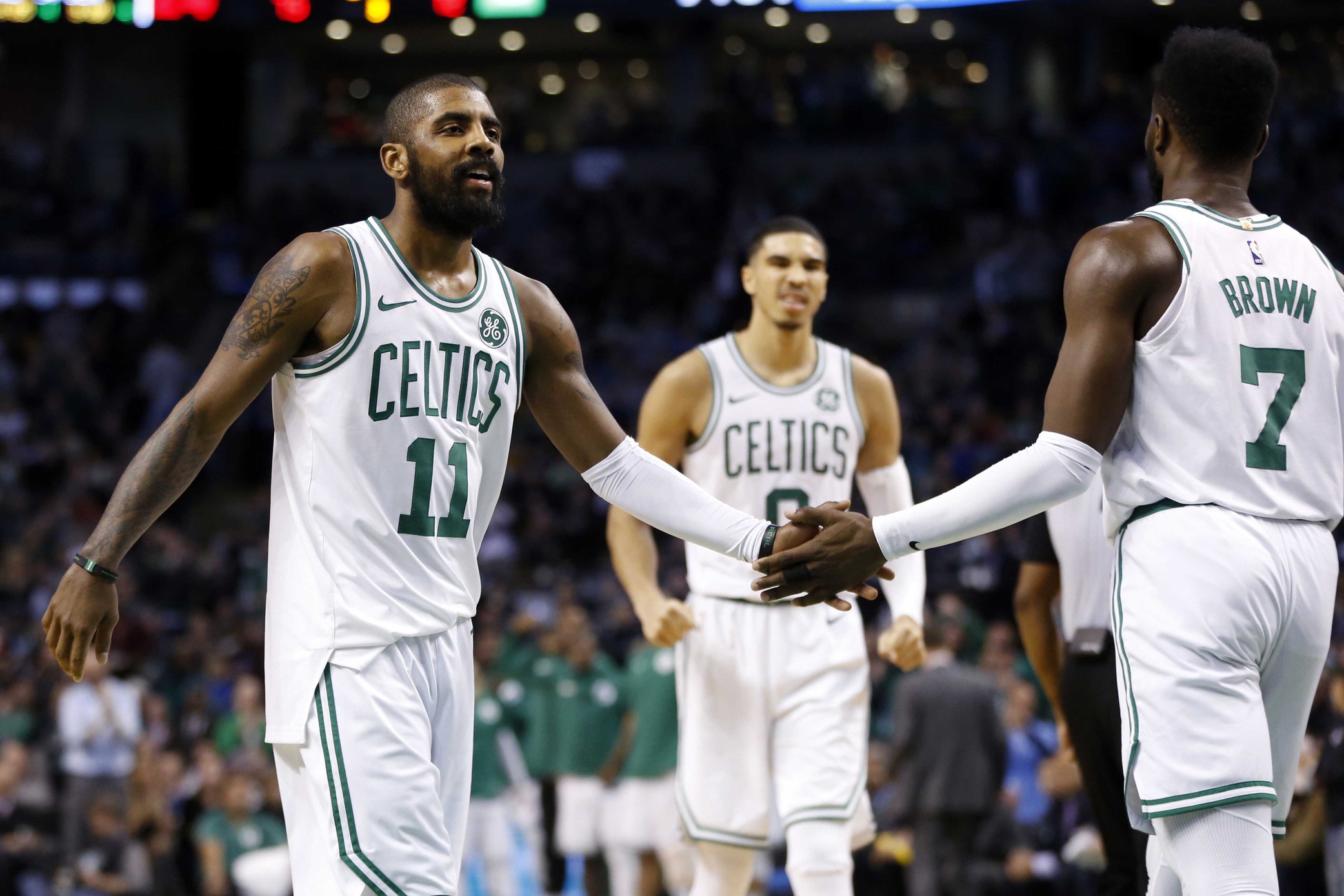 Dishing dirt on the Celtics: From South Beach clubbing to charity refusals

Jackie MacMullan has a new story today titled, “Blame Kyrie? It’s not that simple, Boston” where she reveals some of the dysfunction behind this disaster of a season.

Not surprisingly, the trouble began in Miami in January. We now know the backstory to the huddle incident between Jaylen Brown and Marcus Morris:

On Jan. 9, the Celtics blitzed the Indiana Pacers in Boston, then flew out that night to Miami, arriving at the team hotel after 2 a.m. on Thursday. Boston was set to play the Miami Heat that night, but, team sources said, that didn’t stop some of the young players from heading to South Beach, where the clubs stay open well past 5 a.m. It’s not uncommon for NBA players to go out when they’re on the road, but Irving was irked teammates decided to do it in the middle of back-to-back games.

The Celtics ended up submitting a lackluster effort in a 115-99 drubbing at the hands of the Heat.

During a timeout in that game, a testy exchange between Brown and veteran Marcus Morris, who was angered that Brown didn’t hustle back on the defensive end, was captured on video. Morris admonished Brown to “play harder” and shoved him before Marcus Smart quickly intervened.

Stevens had regular discussions with Irving throughout the season, and Kyrie once praised Stevens as “a great basketball mind.” By season’s end, Irving had publicly questioned his coach’s tactics and management of the roster. “Kyrie really put Brad through the ringer,” one Celtics staffer noted. Stevens repeatedly blamed himself for his team’s mounting losses, vowing to do better, while his coaches became increasingly concerned about the toll it was exacting on their head coach.

My biggest gripe with Irving isn’t the criticism of his younger teammates, it’s that he opted to deliver the message through the media. It’s terrible leadership.

And there’s one final tale that is sure to piss off people:

Could the Celtics have salvaged their relationship with their point guard? They afforded him several perks of stardom, including assigning a security guard to his table during team charity functions and allowing him to occasionally fly separately from the team when he had outside commitments. Much like the Cleveland Cavaliers, who still aren’t clear on all the reasons why Irving soured on them, the Celtics remain puzzled about exactly how their prized player became so disenchanted so quickly.

At the completion of the regular season, the team set up 100 balls in a room for their charitable partners. Everyone signed the balls except Irving. When pressed to do it, say team sources, he was neither aggressive nor confrontational. He merely said, “No, I’m not interested in that.”

It’s tough to defend any refusal to sign for charity, but we also don’t know the full context. Maybe Kyrie had just done some personal charitable work, most of these guys do. But that dismissal certainly qualifies as a dick move.