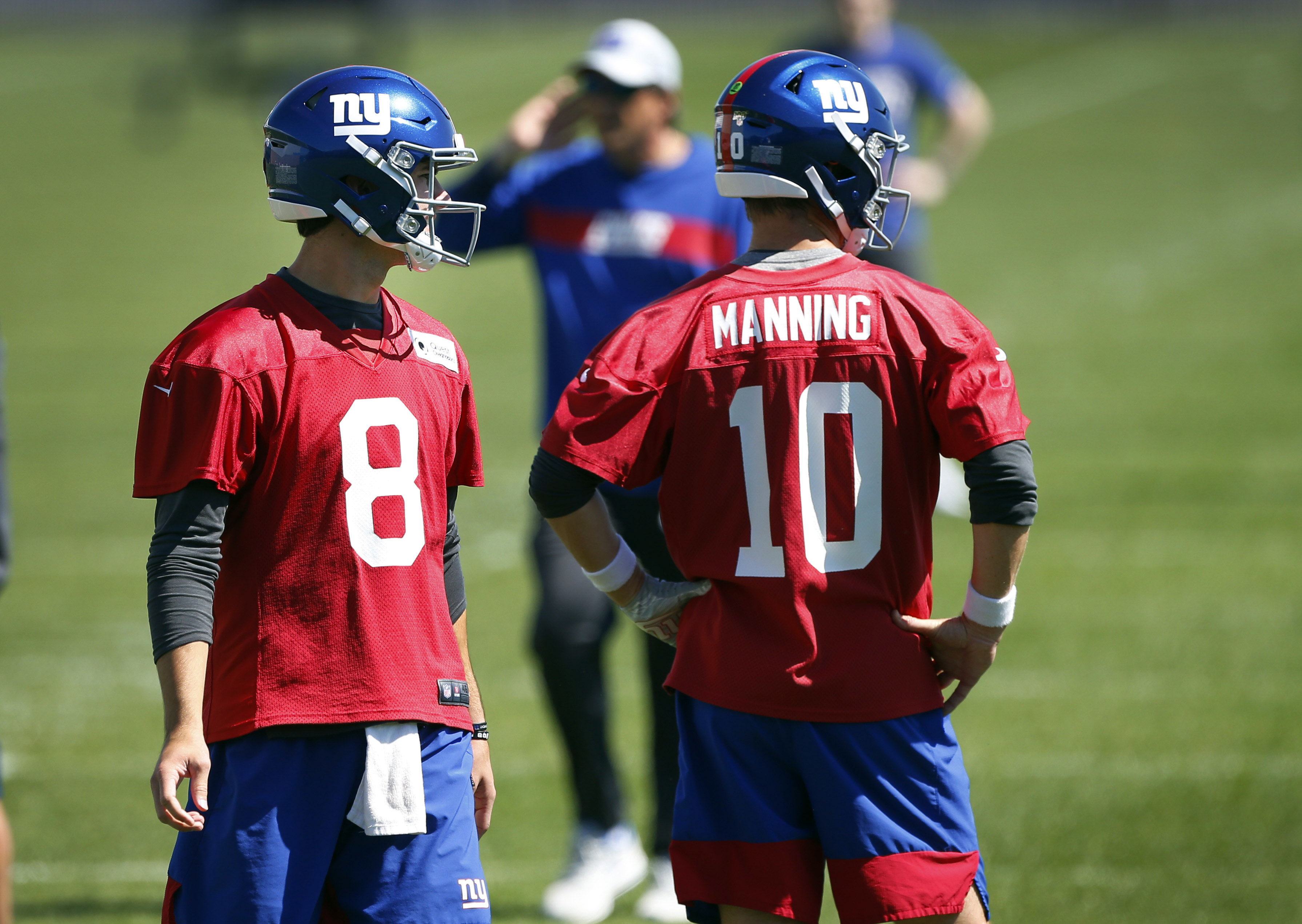 Giants quarterback Eli Manning may be 38 years of age, but he apparently doesn’t have any interest of passing the reins as of yet.

There’s been a lot of talk about a potential quarterback competition, with the Giants having selected rookie signal-caller Daniel Jones, via the sixth overall pick in this year’s draft. The Duke product was coached by David Cutcliffe, who’s worked with both Mannings over the years.

And with training camp on the horizon, a lot of focus has been on if there’ll be a competition for the right to start under center in Week 1. Apparently, Manning doesn’t believe so.

“I mean no, I don’t feel like it’s a competition,” Manning said on Friday at the Manning Passing Academy, according to NFL.com. “I feel like I’ve got to do my job and I’ve got to compete every day and try to get better every day. That’s the way it’s been my whole life, and that’s just the way I’ve always approached practice every day to improve, to earn my place on the team, to earn the respect of the teammates and do it each year.”

A pretty definitive statement by the Giants signal-caller.