Here's an incredible Shohei Ohtani statistic to keep an eye on 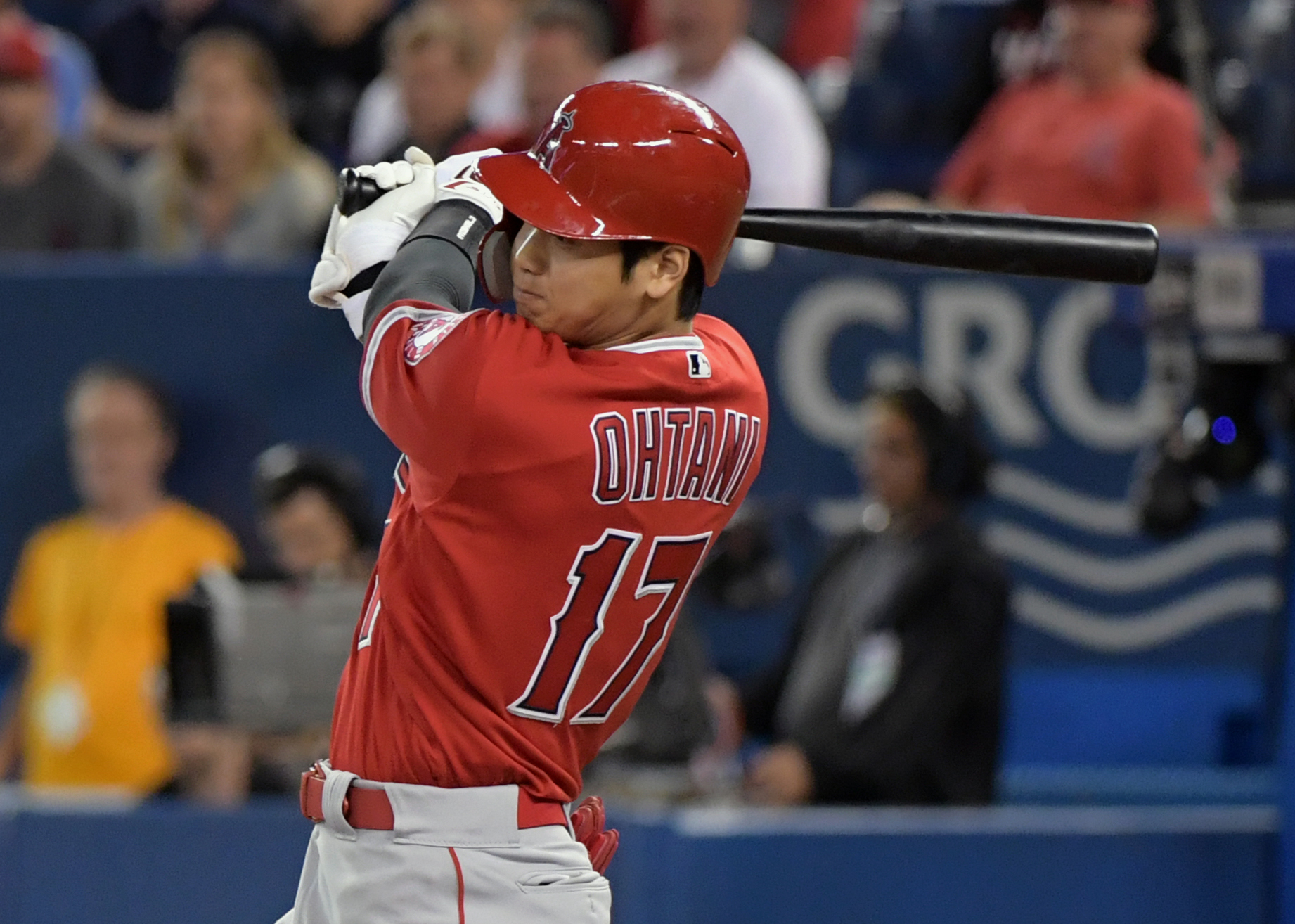 Here's an incredible Shohei Ohtani statistic to keep an eye on

The Los Angeles Angels have fought their way back into playoff contention, you guys.

Brad Ausmus‘ squad enters Friday’s action with a 42-40 record. While that’s eight games behind the first-place Houston Astros, it’s only 3.5 games out of the final American League wild-card spot. And sure, Mike Trout has done his fair share of ridiculous things but so has Shohei Ohtani.

Ohtani didn’t make his season debut until May 7th because of his rehab from Tommy John surgery. Although his year got off to a slow start, he’s picked it up considerably. In just 182 plate appearances, the two-way star has posted a .290/.352/.519 triple slash with 10 home runs and 33 RBI. That’s worth a 131 wRC+ and 0.8 fWAR.

He hit his 10th dinger of the year Thursday night, and it traveled to one of his favorite spots to show off power:

You know what’s noticeable thus far when looking at Ohtani’s statistics? See for yourself by checking out how his batted-ball profile has shifted from one year to the next:

There are quite a few changes going on here — more grounders, but more line drives and significantly more contact. What jumps out at me, though, is that fly-ball rate.

Among hitters with at least 180 plate appearances in 2019, Ohtani’s fly-ball rate is the second-lowest in baseball, with only Wilson Ramos (18.2%) being lower. They’re the only two under 20.0%, too — the next lowest is at 21.4%, shared by Lorenzo Cain and Eric Hosmer.

Ramos has accumulated nearly 100 more plate appearances than Ohtani (259 total), yet he still has one more homer than the veteran catcher.

The key for Ohtani is making the most of the balls he gets up in the air. He’s one of nine players with 180-plus plate appearances that has produced a 0.0% infield-fly rate. The left-handed slugger has accumulated an eye-popping 2.550 OPS and 514 wRC+ on fly balls despite just 22 plate appearances ending with such a batted-ball event.

His home-run-to-fly-ball rate has jumped from 29.7% to 45.5% partly because his quality of contact has improved significantly. His soft-hit rate on flies has gone from 10.8% to 4.6%, with that difference and more going to a hard-hit rate that has skyrocketed from 48.7% to 63.6%.

According to FanGraphs, it takes about 80 balls in play for fly-ball rate to stabilize, so there’s plenty of time for things to change over the coming months. It’ll be interesting to see whether Ohtani can continue generating power without a ton of fly balls, starts hitting more of them, or if regression will hit him to a certain degree in the future.