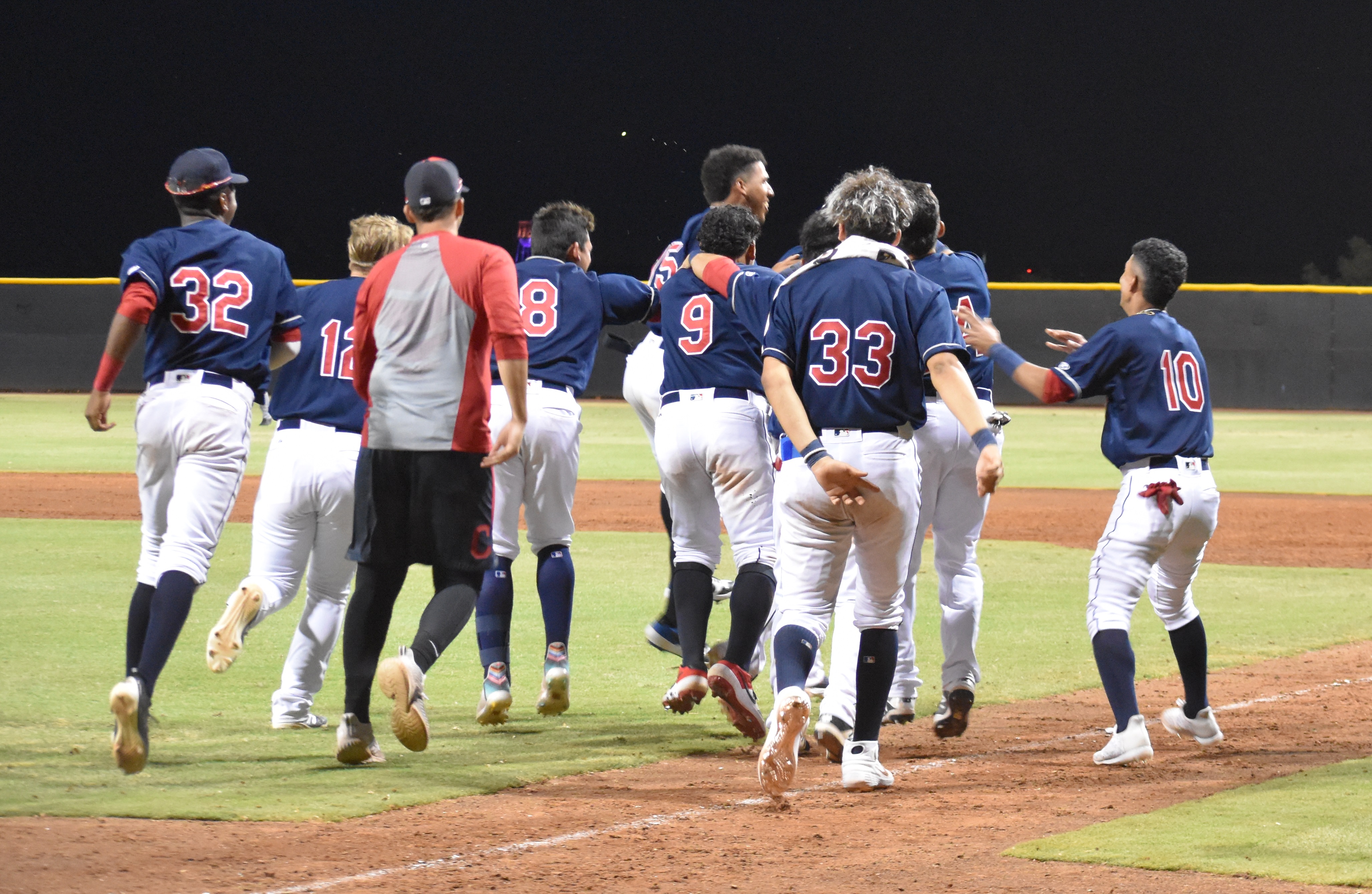 After a rough start, Indians Red has shown signs of life in their second week, although they remain in the AZL West cellar. They had close wins on Saturday and Sunday before being blown out by Brewers Blue on Tuesday.

For chronologies sake, we can start with last Saturday’s game where the Indians Red just barely edged out the top team in the Arizona League, the Giants Orange, in extra innings. Jhon Vergara made his first start after being promoted from the DSL on June 17th and was brilliant, going five shut out innings and allowing just one walk and one hit while striking out three. His immediate replacement, Matt Waldron, was arguably better with two strike outs in two perfect innings.

Even though he allowed two runs to tie the game in the eighth, former infielder Jhan Rodriguez still had a solid outing as well. Both runs came on a two out home run by Marco Luciano after a walk. Rodriguez stayed in for the next two innings and struck out two each inning while allowing just one more single and one more walk.

Offensively, Alexfris Planez was every thing as he had three hits including two doubles and the Indians only RBI. Prior to Planez knocking in the Indians second run in the 10th, they had scored via error, wild pitch and balk.

On Sunday, the Indians would win in regulation, but there was still some drama. Brauny Munoz improved over his previous appearance with six strike outs in five innings and one earned run allowed, then was relieved by Alec Wisely and Andrew Misiaszek who each went two scoreless innings.

Both teams added their first two runs of the game in the fifth inning and that score would stand until the ninth. It was then that Yainer Diaz continued his scorching start with a one out, solo home run to right. To make things even more dramatic, Padres 1 right fielder Joshua Mears had time to get back to the wall and timed his leap perfectly with the ball hitting his glove before deflecting beyond the outfield wall. Cesar Idrogo also had two hits in this game and knocked in both runs in the fifth with a single.

After a day off, the Indians Red’s performance on Tuesday was easily their most embarrassing of the season. It isn’t fair to point fault as this was a full team loss that included six errors by the defense, 12 strike outs by the offense (just three hits and no runs) and eight walks by the pitching staff. Credit for positive performances belongs to Serafino Brito who went 1.2 innings and struck out three while allowing just one hit and no earned runs and to Will Bartlett who had two hits, but also made a very egregious error.

All things considered, the Indians Red bounced back solidly on Wednesday with an error free game against the Cubs. Wardquelin Vasquez wasn’t able to make it out of the first inning, but Kevin Coulter, Misiaszek and Wisely combined to 7.1 innings, allow six hits, two runs and strike out six.

While the offense was still lacking, Idrogo had another great day at the plate with two singles, two walks and two of the three Indians runs scored.

After two tough losses (for different reasons), the Indians really took off on Thursday night against Oakland Green. Much of this 13-6 beating was self induced by Oakland as they committed three errors, walked six and threw seven wild pitches (plus a passed ball).

No one took as much advantage of the A’s wildness as Jordan Brown, who still hasn’t had a hit in his young professional career, but in this game walked twice and was hit by a pitch. Once on base, he became a terror and stole two bases and advanced multiple times on wild pitches. He scored all three times that he reached base for his first runs scored in his career.

Two hitters who have been extremely hot of late stayed hot in this game as well as Yainer Diaz hit safely three times including a double and Idrogo hit another triple.

While there haven’t been many rehab appearances so far this AZL season, Indians Red had Brock Hartson start on Thursday. Hartson voluntarily retired right before the 2018 season, but was resigned by the Indians in mid-June when his injuries subsided. He allowed two runs in the first inning, but didn’t allow another in his second inning and struck out four overall. During his first inning, he had significant command issues with his fastball, but those appeared to dissipate by the time he got to the second batter in his second inning.

While they scored 13 runs, the biggest performance of this game came from a relief pitcher, Matt Waldron. He went three perfect innings and struck out five in his first appearance at home this year. On the season, the 2019 draft pick has allowed one run (solo home run) in seven innings with just two hits allowed, no walks and 11 strike outs.

Indians Red finished out their week with a win against the Mariners on Friday with an off day to follow on Saturday. Jordan Brown finally got his first hit, a double, and Diaz added two hits to continue his season long hitting streak. Starting in a rehab appearance, Jose Medina played left field and knocked in three of the four runs scored for team Red.

While the bullpen has been nearly perfect this year for both teams, they almost blew it in this one. Vergera had another tremendous start with one run allowed on five hits in 4.2 innings and Luis Peguero and Jake Miednik kept his three run lead through the sixth. Serafino Brito allowed his first two runs of the season to push the lead to one, but Jhan Rodriguez managed to go 1.1 scoreless to earn his first professional save.