Report: Heat could be interested in sign-and-trade for Jimmy Butler 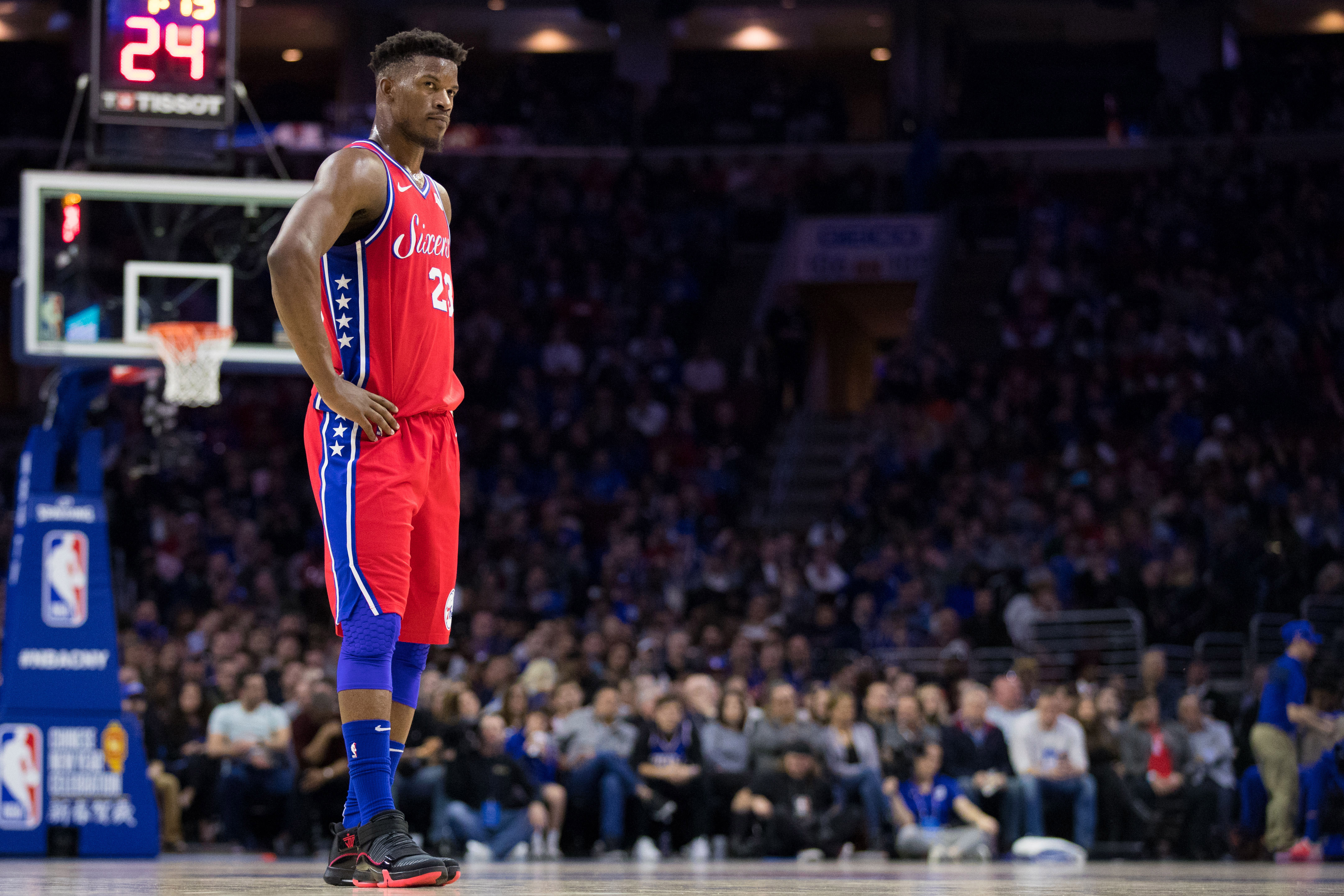 Report: Heat could be interested in sign-and-trade for Jimmy Butler

Earlier this week, ESPN’s Adrian Wojnarowski reported that the Houston Rockets are planning to pursue Jimmy Butler at the start of free agency on Sunday and want the two-way star guard to force a sign-and-trade with the Philadelphia 76ers.

While the idea sounded farfetched then, it appears as if there is another team, who might try to go the same route for the veteran wing player.

According to ESPN’s Zach Lowe, the Miami Heat could draw Jimmy Butler’s interest in the sign-and-trade market. This latest piece of news coincides with what Tim Reynolds of the Associated Press has reported over the last couple of weeks.

On Friday night, Reynolds reiterated that the 29-year-old Butler is still “very interested” in Miami. But just like the Rockets, the Heat will have a hard time trying to pull off a sign-and-trade due to their tight cap situation.

As things currently stand, Miami is a whopping $35 million over the cap.

Therefore, for a potential deal to happen, the Sixers would have to sign Butler to a four-year contract worth $146.5 million, instead of a five-year deal worth $190 million.

Then trade him and his new contract to Miami, in exchange for multiple players to make the salaries match. A few players on the Heat, who could be of interest to Sixers are Bam Abedayo, Derrick Jones Jr., Josh Richardson, and Dion Waiters.

Even though this would be a hefty price for the Heat to pay for Butler’s services. They could be inclined to pull the trigger on a deal as they’ve been interested in the four-time All-star for a while.

With all that being said, no one truly knows what will happen when NBA free agency opens up on Sunday at 6:00 p.m. ET. Over the last few weeks, we’ve heard through various outlets that the Sixers are going to offer a full max contract to Butler.

If that is the case, it will be hard for Butler to turn down the Sixers, let alone ask them to trade him to another team.