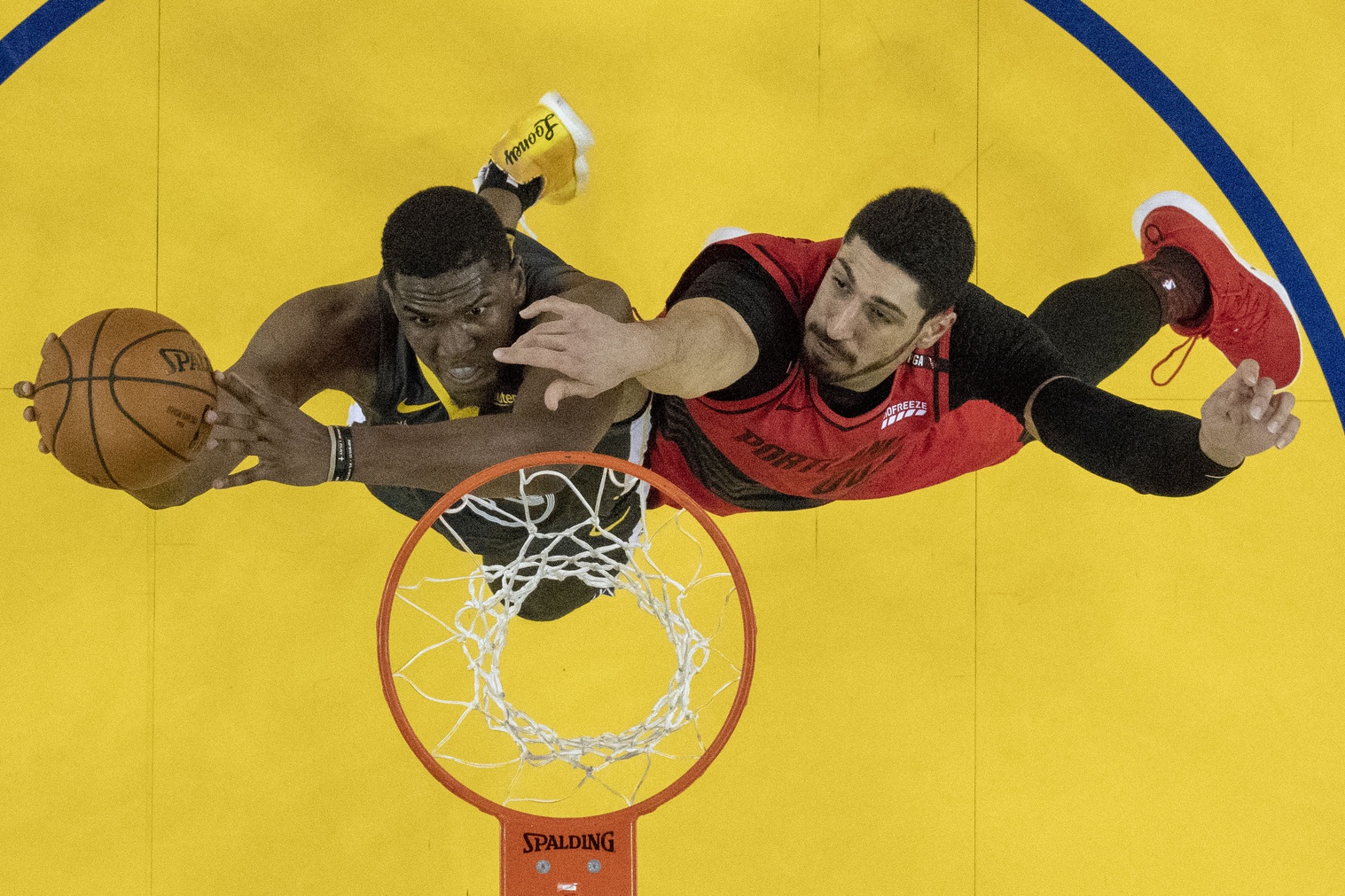 Celtics don't have much momentum in landing Clint Capela via some sort of trade (for example, as the third team in a Philly-Houston deal). League source on whether Celtics are close: "No." Are they still trying? "No."

A sign-and-trade involving Houston, Philly, and the Celtics is the longest of long shots. Unfortunately, there are some no-name accounts on Twitter perpetuating this as a done deal.

If the Celtics want a legit center like Capela or Indiana’s Myles Turner, they’re going to have to move Marcus Smart, Jaylen Brown or Gordon Hayward to get said player.

The realistic path to a big man remains the room exception. Shams Charania has some potential targets:

The Celtics are pursuing bigs with their $4.8 million room exception, such as Enes Kanter and Kevon Looney, sources said.

I believe Looney – an athletic 6-9 who can defend and rebound – is going to earn much more than the room exception. He has plenty of suitors, including the Warriors.

Kanter’s name surfaced in the spring as a buyout option for Boston, but Portland snatched him up. He can score in the post and rebound, but he’s allergic to defense.

Robin Lopez makes sense, but Shams reports the Knicks are targeting him as a back-up.

Shams also reports the Hornets are looking at Terry Rozier as a possible replacement for Kemba Walker.