Should New York Mets move Amed Rosario to center field in the future? 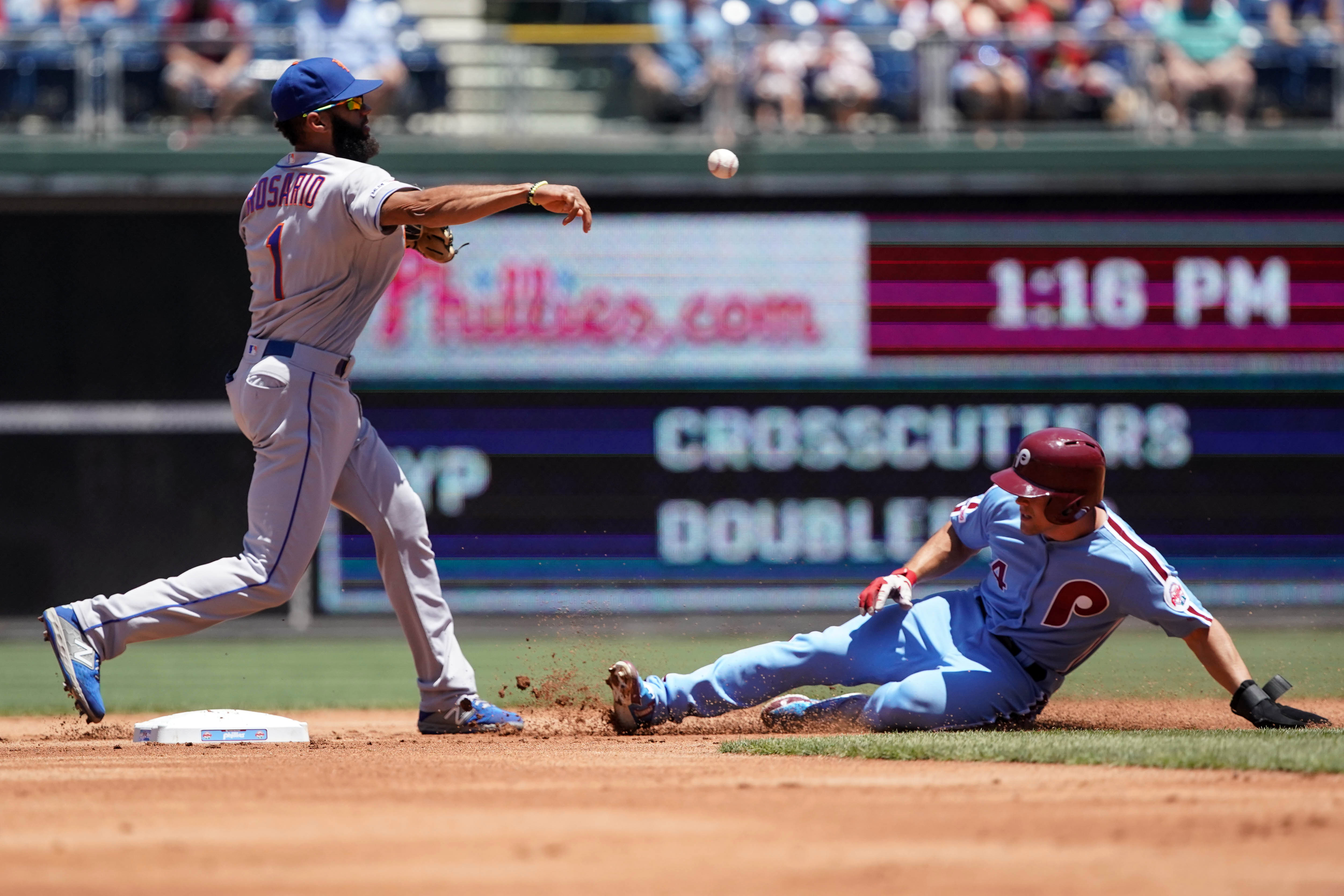 Should New York Mets move Amed Rosario to center field in the future?

In light of the ongoing circus like atmosphere surrounding the New York Mets and the team’s current struggles, a few stories surrounding the team have slipped under the radar. One of those stories is the idea that the Mets are exploring the possibility of having Amed Rosario start learning how to play center field. Manager Mickey Callaway told reporters earlier this week that Rosario could start getting exposed to center in the future, and MetsBlog’s Matt Cerrone notes that observers have witnessed Rosario shagging fly balls in the outfield in recent days.

The Mets’ defense has been quite poor this season, but perhaps no one player on it has been more disappointing than Rosario. Rosario has already committed 11 errors in the Mets’ first 82 games, a startling development from a player most scouts projected as an elite defender. Poor range also hasn’t helped the cause, but Rosario has flashed potential as a hitter, so the Mets need to find a way to utilize him in the future.

One good option could be having Rosario shift to center field, where the Mets don’t have any good long term options at the moment. The Mets have been using Juan Lagares and Carlos Gomez there a lot, and neither has done much at the plate. Michael Conforto and Brandon Nimmo, who are both better suited for outfield corners, have also gotten center field duty when the Mets try to create offensive outfields with converted infielders Jeff McNeil and Dominic Smith in the corners.

Rosario should have the athleticism and arm to handle center field, so it is definitely worth seeing if he can adapt to that position. The Mets also have an elite defensive shortstop prospect in Andres Gimenez, who needs a bit more seasoning with the bat but can be an impact defender at the major league level right now. Gimenez is currently blocked from a big league roster spot by both Rosario and Robinson Cano in the middle infield, so moving Rosario to center could allow the Mets to kill two birds with one stone.

Don’t be surprised if this idea picks up steam as the Mets’ season continues to fade into oblivion. The Mets will have a lot of regular season games left to get players experience, and giving Rosario some time in center field could give them a trial run at seeing if he can handle the position long term. If Rosario is up to the task of being a center fielder, it could solve one of the Mets’ most significant holes internally, which could be key with a lot of money already invested in the 2020 payroll.