Down in the Dominican: Indians/Brewers June 17th - 29th 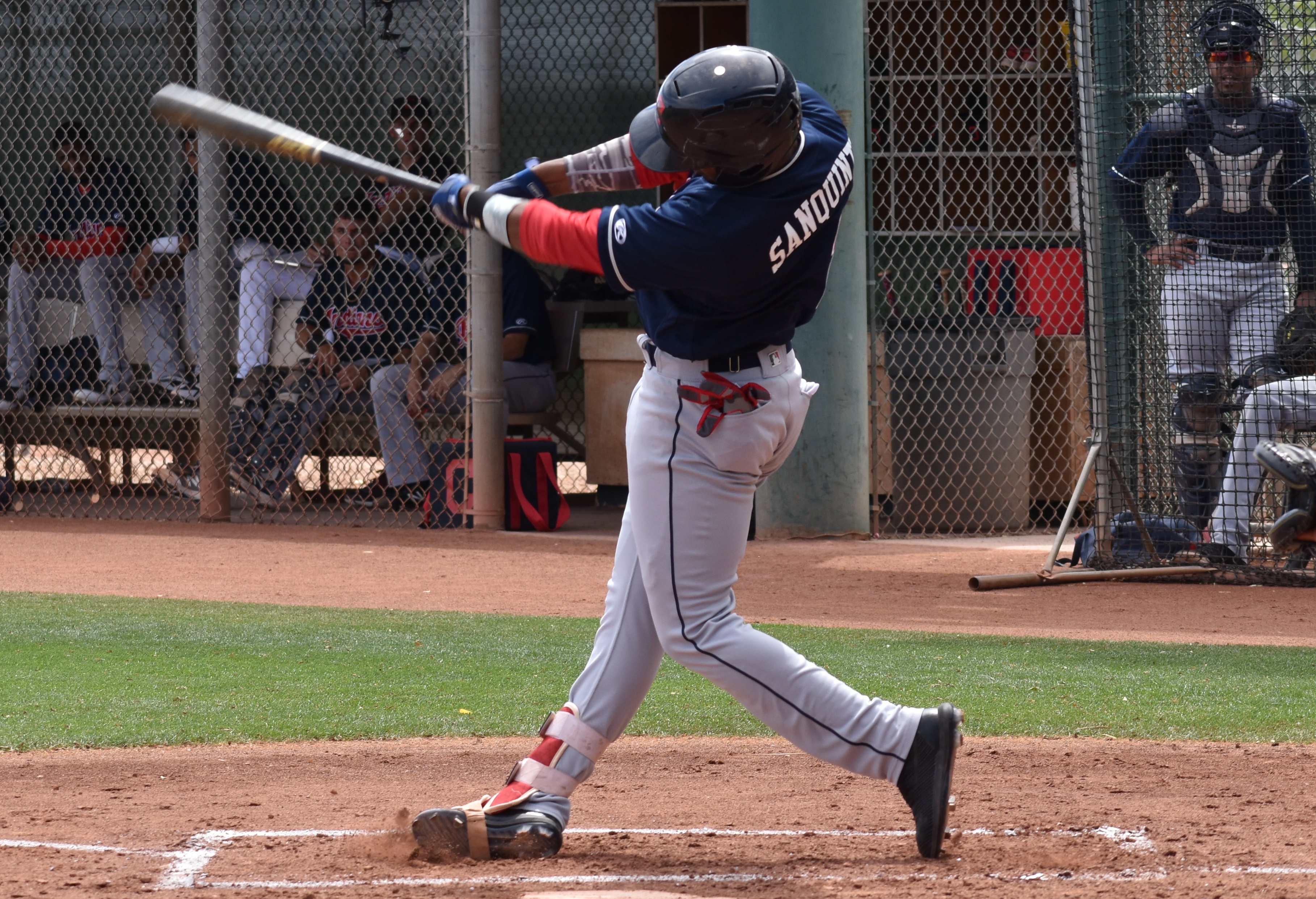 Down in the Dominican: Indians/Brewers June 17th - 29th

The Indians/Brewers combo squad continues to struggle and, with 17 losses, find themselves with the worst record in the DSL North and tied for the most losses in the entire Dominican Summer League. Making things even more difficult for the Indians side, 16 year old short stop Jose Baez was transferred to the DSL Indians with another pitcher, Dahan Batista, coming back in the roster move.

As all but three Indians on this team are now pitchers, that seems the prime area to begin, specifically with Batista. A 19 year old right handed reliever, Batista had an very poor start to the season with the DSL Indians, allowing five runs (four earned) in his first 1.1 innings, but has improved greatly since. He has made two appearances since the transfer and has allowed three runs over his last 9.2 innings between both teams.

The lefty, Ronald Parra has had a nearly opposite season as he allowed one earned run over his first five innings, but has greatly struggled in the last two weeks. In the current span of time covered, he has allowed five earned runs in one appearance against the Cubs 1 when he walked four and allowed three hits in an inning and another four in an inning against the Rangers 2. The odd thing is that he has been nearly unhittable in every other appearance this year, but his struggles with command and lack of a swing and miss pitch appear to be hurting him greatly.

There is no question that David Flores remains the Indians/Brewers top reliever, although he hasn’t been given a save opportunity since his first appearance. He is yet to allow an earned run this year, has pitched into two innings every appearance but one this season and has struck out 14 in 11.1 innings. He has allowed just eight hits and five walks so far and has done a great job spreading these out, with no more than one walk and no more than two hits in any appearance.

Finally, the Indians lone starter, Yeury Gervacio, has really turned things around over the last two weeks. After going just six innings and allowing six earned runs over his first two starts, he has went five innings with three hits allowed in each of his last two. He had his best game of the season on June 21st against Rangers 1, striking out eight with just one walk.

With just three position players left on the roster, the Indians have very little going offensively for the Indians/Brewers. Alan Meza started the season with an awful stretch that saw him go hitless over his first five games. He has since had just one multi-hit game and one extra base hit, providing a line of .156/.283/.178.

Henyer Gomez currently has a five game hitless streak that he will take into next week. With two doubles and two triples, he looks like a monster compared to Meza, but has still hit just .157/.293/.229 on the season. While is currently on a really rough stretch, he did have a game on June 27th against the Indians main squad where he walked three times in three plate appearances and stole two bases.

The Indians only solid position player on the Indians/Brewers so far this year has been Junior Sanquintin, who is currently riding a five game hitting streak. He hit his first triple of the season on June 29th and has produced a decent amount of power overall and is now hitting .222/.305/.403.