Kemba is official, Rozier is gone, and Horford is … ? 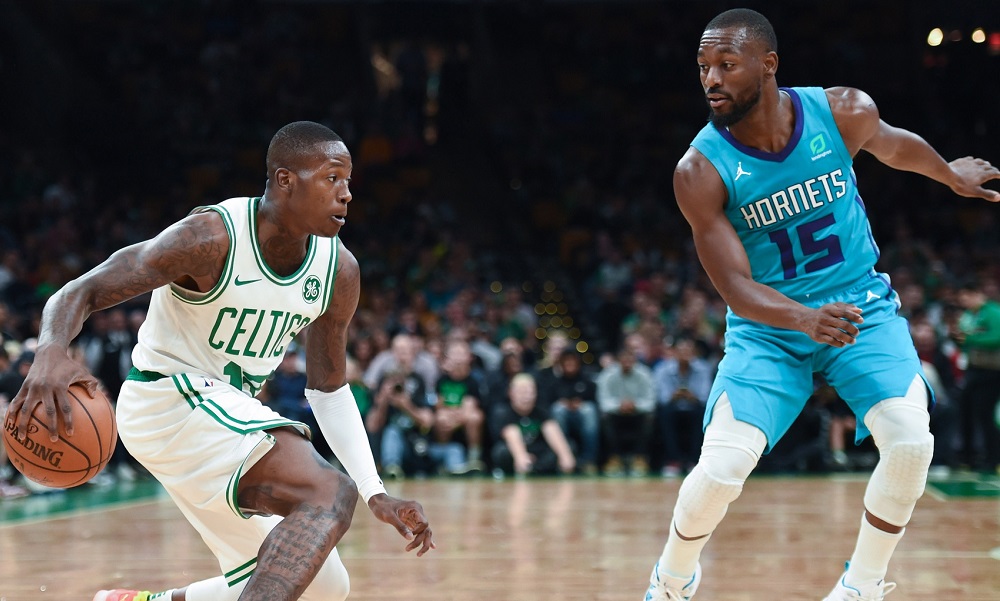 Kemba is official, Rozier is gone, and Horford is … ?

It’s official: Kemba Walker will be a Boston Celtic, while Terry Rozier will replace him in Charlotte. Meanwhile, Danny Ainge is maneuvering for a chance to bring back Al Horford – but it appears Al may not want that.

NBA free agency officially started at 6 p.m. Eastern time, and it was immediately a wild ride, due to the news that Rozier would become a Hornet – not directly, but via sign-and-trade. Various capologists had speculated in the past 24 hours that Ainge might pursue a three-way sign-and-trade in order to preserve cap space and Bird rights to re-sign not just Horford, but also Mook Morris.

Here’s a timeline of today’s developments via tweets from the media.

Sources: The Boston Celtics are progressing towards a series of sign and trade deals to enable them to re-sign Al Horford, while also maintaining the full MLE.

There it is. The Celtics are lining up the sign and trades necessary to stay over the cap and retain Bird rights to re-sign Al Horford. https://t.co/sILUuLZCpt

There are still several hurdles to clear for Boston, but confidence is growing that they will be able to get to where they need to complete a S&T for Kemba Walker, while staying over the cap to re-sign Al Horford, while keeping the full MLE and staying just under the hard cap. https://t.co/o4urQlpZ6H

If in fact #Celtics are able to free the space to re-sign Al Horford, there's a likelihood that maneuvering would allow them to bring Marcus Morris back as well, if they're willing to pay. He could theoretically receive $12M-15M per year. Not sure they'd do it with so many wings.

Just as Celtics fans started getting excited that Boston could retain Horford, we got splashed with some cold water.

Sources: The Boston Celtics do not have a commitment from Al Horford to re-sign, but know they can't get one without the ability to offer him a deal at market value. Thus, they are arranging S&T deals to even be able to make the offer to Horford, while maintaining full MLE.

Source close to Horford says that even after all the Celtics' cap gymnastics, he will not be winding up back in Boston.

Missing out on Horford after all this would be a tough hit, but the Celtics could REALLY use that full MLE.

Hearing that right now, the Celtics S&T maneuvering is not related to a bigger splash.

There’s been no immediate news about what Horford is thinking, what teams may have approached him, or even whether he has changed his mind and wants to remain a Celtic. It will be terribly disappointing if Al leaves, but even so, getting the three-way trade done can only help Boston. From MassLive:

The Celtics could still have access to the full mid-level exception by executing the sign-and-trade, which would make all of these gymnastics worthwhile. The full MLE would give Boston just under $10 million per year to offer big men on the market — a major upgrade over the $4.76 room exception Boston would get after simply signing Kemba Walker into cap space. That type of money could be the difference in signing someone like Kevon Looney, who can defend the rim and switch on the perimeter.

Blazers free agent center Enes Kanter is expected to have a phone call with Portland and Boston when free agency begins tonight, a source said.

News from across the league is popping every minute, so much of this is subject to change. In just the first hour, here are some other breaking stories that affect the Celtics: