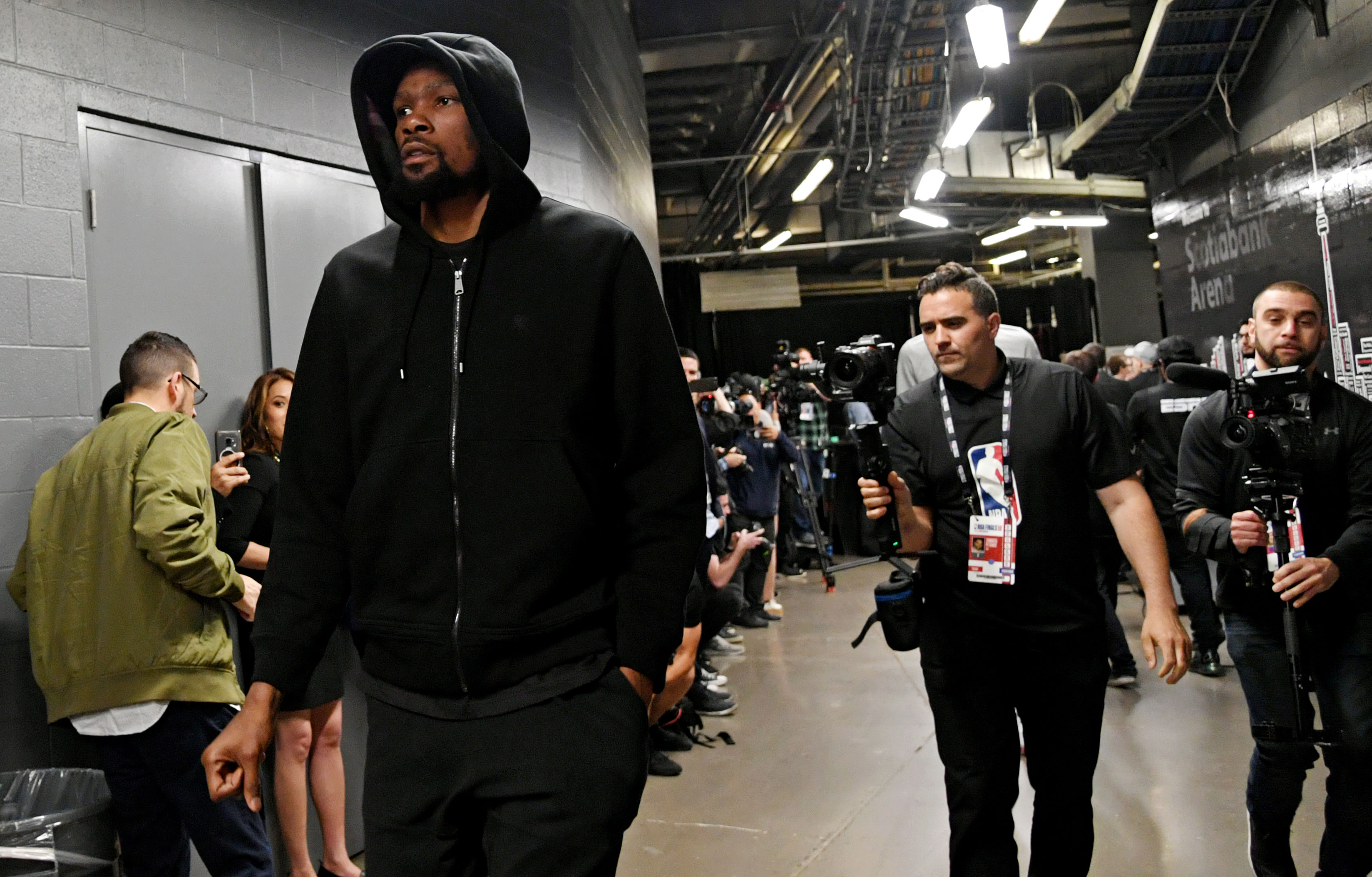 Kevin Durant won two NBA titles and was named Finals MVP both times as a member of the Warriors, but his tenure with the organization apparently came to a close on Sunday, when he officially announced that he’d be signing with the Nets.

The four-year deal won’t be official until July 6, when Durant can officially sign, but it does appear that he’s closing the door on the Bay Area chapter of his NBA career, and is moving on to Brooklyn.

But Durant did manage to sneak in a parting shot at the Warriors — or at least at the team’s medical staff. A Barstool Sports Instagram post about Durant joining the Nets poked some fun about what the move entails, and it included one particular line that raised eyebrows:

KD throws shade at Warriors on his way out. Check out who 'liked' the post. pic.twitter.com/IbhF0vD6KR

It had been rumored that Durant has held onto some resentment over how the Warriors handled his calf injury, which later resulted in him tearing his Achilles, so that could be true, given what we saw here.