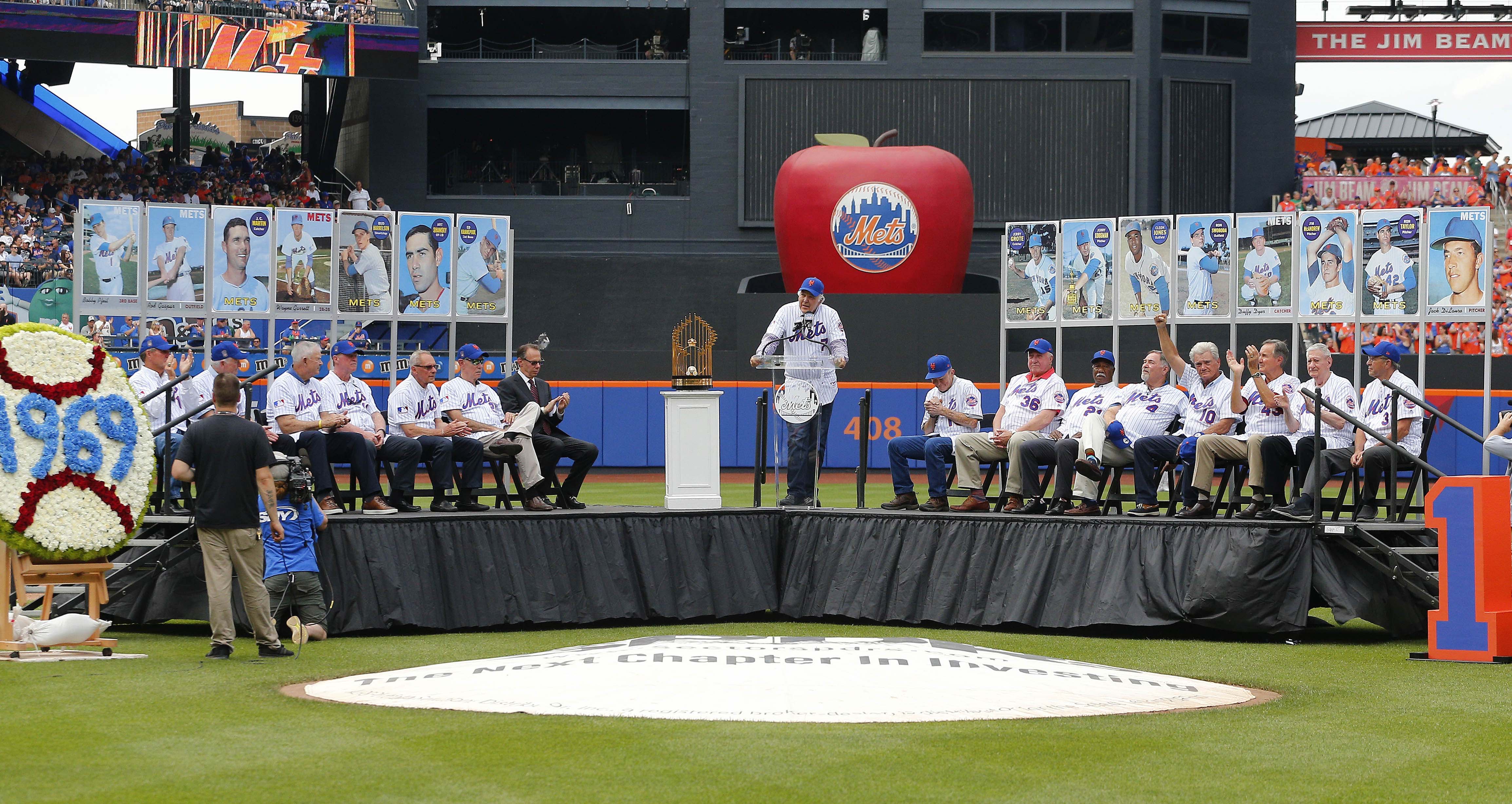 There are a lot of things that have gone wrong for the New York Mets in recent weeks, but the 1969 World Series celebration wasn’t supposed to be one of them. The Mets paid tribute to the Miracle Mets with a nice pre-game ceremony yesterday, and it was the lone highlight of the day when the present day iteration blew a game to the Atlanta Braves for its seventh straight loss. It turns out the Mets managed to mess up the 1969 ceremony, however, by listing two members of the championship team as deceased even though they were still alive, Dennis Young of the New York Daily News reports.

During a tribute video to the members of the team that have passed away, the Mets included both Jim Gosger and Jesse Hudson. The only problem is that both of those men are still alive, with Gosger going on Facebook later in the day to point out the irony of the situation.

Even the honorary anniversary ceremony was peak Mets. (Gosger goes on to explain on his Facebook that the Mets called to apologize after getting a number of complaints.) https://t.co/tYxA2ulGYA

The Mets have reportedly apologized to Gosger, but it is an embarrassing look for a franchise that has been the butt of jokes far too often.