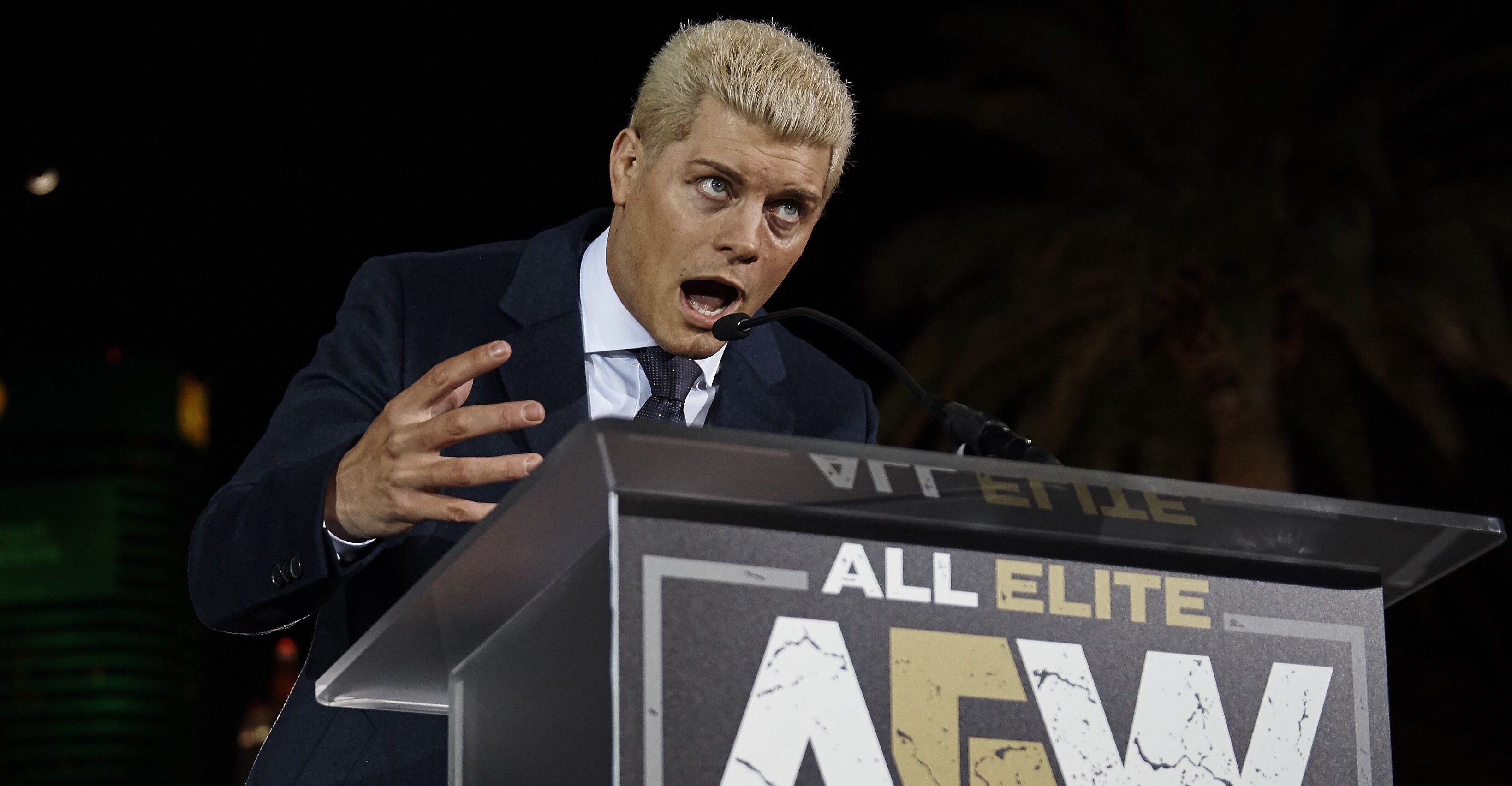 The card consisted of nine matches, including the AEW in-ring debut of Jon Moxley, who defeated Joey Janela in the main event. But it was the match featuring company founder Cody Rhodes, that has everyone talking. Rhodes faced indie star Darby Allin in a time limit draw, which led to the Daytona crowd chanting “five more minutes” afterward.

But the fans were stunned when Cody took an unprotected chairshot to the head from Shawn Spears. Longtime WWE fans will remember Spears as Tye Dillinger, who wrestled in a tag team with Cody when the two men worked in NXT. Spears did not hold back with the chair, which blasted Cody and cut the back of his head, requiring 12 staples.

AEW President Tony Khan talked about the controversial moment after Fyter Fest ended and gave his thoughts on what happened, in a video posted by Chris Van Vliet.

The “error” Khan referred to was reinforced by The Young Bucks, who said that the chair that Spears used was gimmicked, but that it “clearly didn’t work.” However the blame may lie with Cody himself, who did not face the chair head-on, but instead turned his head at the last second.

Unprotected chairshots to the head are not typically used by many pro wrestling promotions today, including WWE. The fear of concussion and CTE is a very real situation for many professional athletes and protecting those athletes from injury is of utmost importance.

While the chair used on Rhodes was apparently safe, it seems to be a case of bad timing. Rhodes was treated immediately after his match and it was later reported that he does not have a concussion.