Your Morning Dump... Where Kemba Walker is coming to Boston to make a deep playoff run 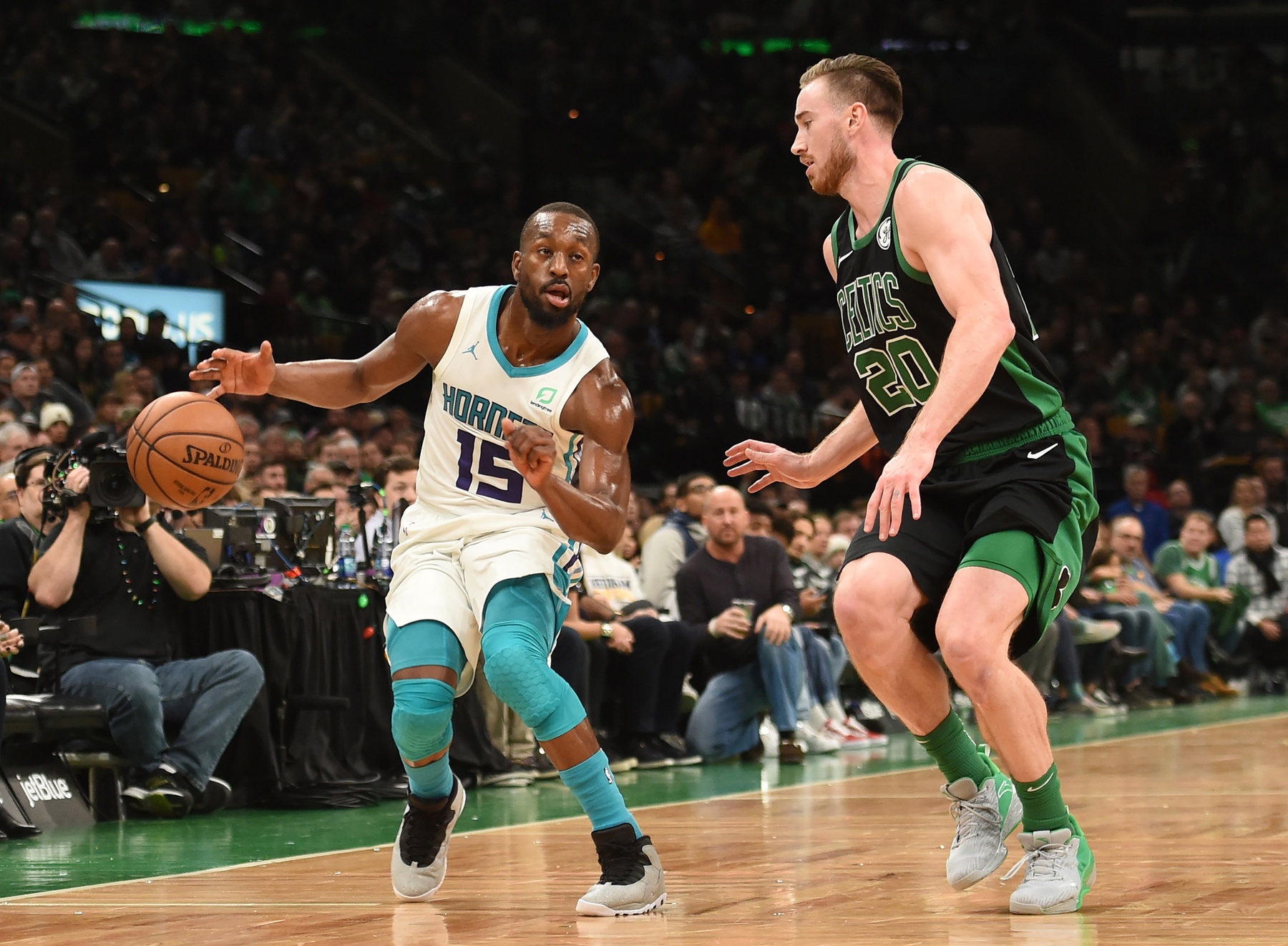 Your Morning Dump... Where Kemba Walker is coming to Boston to make a deep playoff run

As reported this week, the Celtics and Walker both intend for the All-Star guard to commit to a four-year, $141M maximum contract once free agency opens on Sunday at 6 PM. Walker is traveling to New England to meet with Celtics officials at 6 PM ET. https://t.co/KxKR56ezXB

Source close to Kemba Walker told me that primary reason for the All-Star point guard choosing Boston was chance to go deep in playoffs — and play with talented guys like Tatum, Hayward and Jaylen Brown. Doesn’t feel as if he has to do it all by himself – which was case in CLT.

Giddy up. The Kyrie Irving reign of underachievement and grumpiness is OVER.

Irving’s taking his mood swings to Brooklyn, and Kemba is coming to Boston.

I’m on board with this signing. Danny Ainge made the best out of a tough situation. One that no one predicted. Walker is a very good player who will be playing with the most talented roster of his career.

The Herald’s Steve Bulpett reports the Celtics have long preferred Kemba to Kyrie:

One league exec who’s dealt with the Celtics even went as far as to tell the Herald he knows for a fact the club would have been willing to trade Irving for Walker during the past two years. If he’s right, it would indicate the Celts knew there were issues with Irving’s approach to leadership and general ability to help cool the fires of young players whose image might have surpassed their actual abilities following the 2018 conference finals run.

Any sort of deep playoff run will require quantum leaps forward by Jaylen,  Jayson, and Gordon. It will also require Danny Ainge to score an effective center with minimal money ($4.8 million RME) or …

With all the mystery and uncertainty surrounding Al Horford and what exactly is out there for him, don't slam the door closed on a return to Boston for him. How? Unclear. But that door is still ajar just a little bit. No bridges have been burned or feelings hurt on either side.

My first reaction to a Horford return is to scream GTFOH. His departure was painted like an amicable divorce. We don’t HATE each other, but we just don’t get along.

Bringing back Al requires salary moving out, and by salary, I’m talking about Marcus Smart, Gordon Hayward or Jaylen Brown. This would be no different than acquiring Indiana’s Myles Turner or Houston’s Clint Capela.

The speculation about Horford has surfaced because he lacks a definitive landing spot:

Despite tampering going on nearly around the clock before the start of NBA free agency, it remains a complete mystery what team has reportedly offered Al Horford a four-year deal worth over $100 million according to multiple reports. The process of elimination for potential suitors is starting to take shape though. The Pelicans are out of the running already according to local beat reporters, while the Kings look to be rumored to be closing in on a deal with Dedmon, something that should take them out of the mix as well for a starting five.

The Mavericks were named as a potential landing spot for the big man last week, but Zach Lowe of ESPN.com reported recently that they will be targeting smaller targets. So what exactly is left for Horford on the open market in terms of suitors? There’s not a lot left out there when you consider teams that have sizable cap room and a need.

You can add the Clippers to the mix, but there are new reports LAC is shooting to pair Jimmy Butler with Kawhi Leonard (who is also taking a meeting with the Lakers).

I’ll go on record and say there’s a 1% chance Horford returns to Boston. I would not support them trading Smart or Brown for the 33-year old center. Hayward’s a different animal, but I don’t see him going anywhere.

As for centers, start reading up on players like Enes Kanter, Robin Lopez, and Ed Davis.

Globe – Walker deal all but done, here’s how Cs fill out their frontcourt | Here’s one vote for Kyrie as Boston’s greatest sports villain

NBC – Walker an impressive recovery, but no time for victory lap