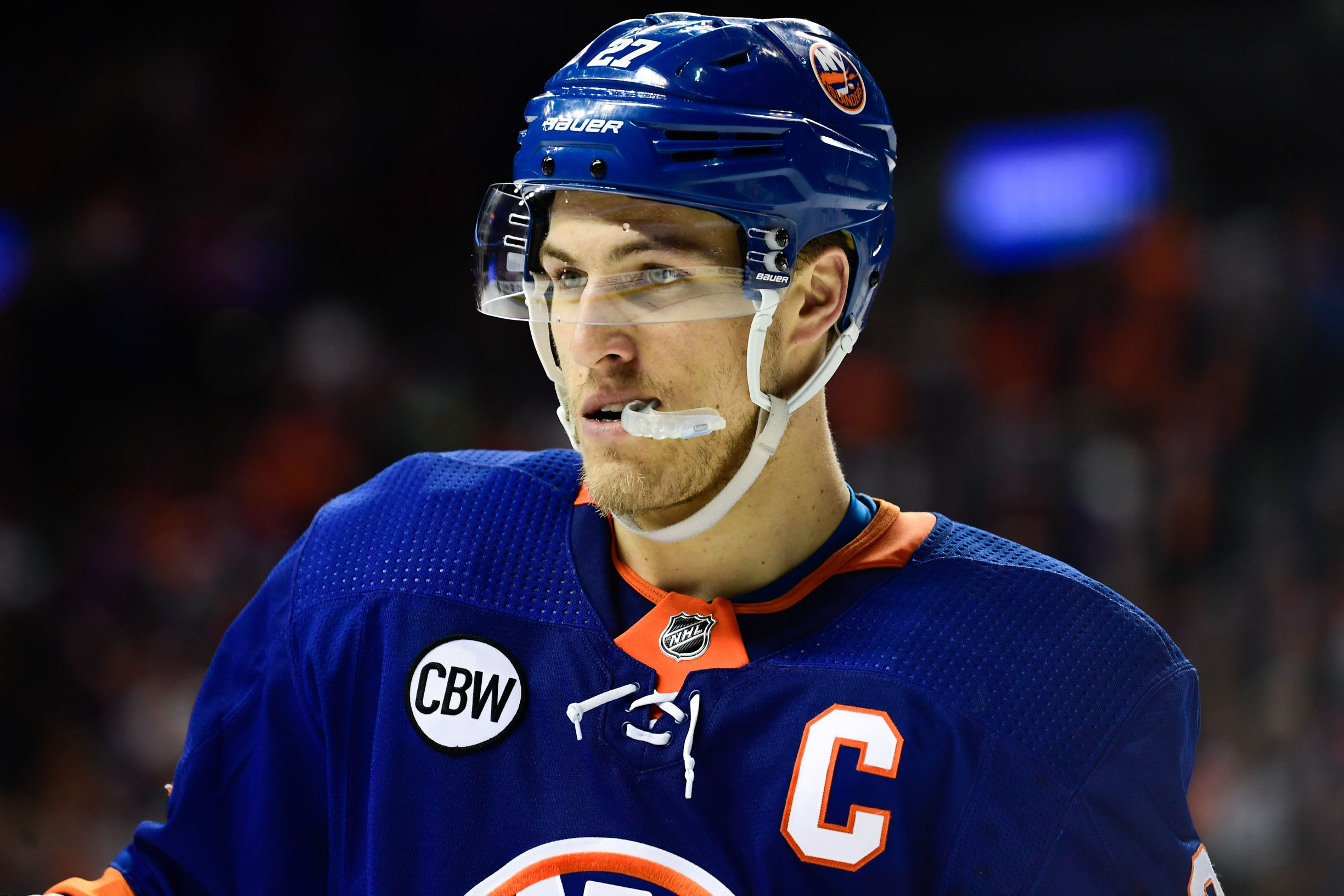 After hours of nothing from Lou Lamoriello, it seemed as if the Islanders were going to be silent on the biggest day of the offseason. Once it became clear that the Islanders were out of reach in bringing new stars to the team, they turned their sights on bringing back their own star.

Anders Lee will return the Islanders on a new seven-year deal, the team announced Monday afternoon. The deal is reportedly worth $49 million over the course of the seven years.

“Today is a wonderful day,” Anders Lee said after signing his new deal. “My wife and I couldn’t be happier. This is the place we always wanted to be and always saw ourselves. We couldn’t be more thrilled than we are right now.”

Lee had said on several occasions that he wanted to remain with the Islanders, and there was some belief that the team was hesitant to hand out a seven-year deal to the forward. The Islanders were also focused on trying to woo Artemi Panarin to Long Island.

Still, even as the time moved closer to the opening of free agency the thought never crossed Lee’s mind that a deal wouldn’t be worked out.

“We just kept that communication going the whole time,” Lee said. “In principle, Lou (Lamoriello) and Neil (Sheehy) had agreed on some things that allowed Lou to go after some other things out there. Then things kind of fell into place.

“The last couple of days haven’t been as worrisome, for sure.”

Sheehy did field calls from other teams, but Lee remained in constant contact with the Islanders front office, he said. Sheehy reiterated that in a pair of tweets on Monday night.

“We did not “negotiate” with teams as Anders wanted to stay with the Islanders,” Sheehy said in a tweet. “There was much interest and his $7M AAV allows Lou Lamoriello to pursue players who can help the Islanders win. Anders was staying with-or-without Panarin.”

Lee’s agent followed that up with another tweet indicating that he had not negotiated with any other team’s on Lee’s behalf.

“There was never a moment on this FA Day where it was even a possibility that Anders Lee was going to leave the Islanders no matter what else happened,” he said.

After a career-high 40 goal season, with 22 assists in the 2017-2018 season, Lee showcased how dominant he could be for the Islanders. And with new management taking over a year later, Lee received the captaincy after the departing of long-time captain John Tavares, showcasing his importance off the ice as well.

Even though he was unable to mimic those numbers in the 2018-2019, scoring 28 goals while also racking up 23 assists, he was able to lead the Islanders to the playoffs when expectations had them being bottom feeders in the Metropolitan Division.

The Islanders, entering the playoffs as the number two seed in the division, went on to sweep the Pittsburgh Penguins in the first round, before ultimately being swept by Carolina in the second round. Lee, in 8 playoff games, had one goal and three assists, as most Islanders struggled in the second round series against the Hurricanes.