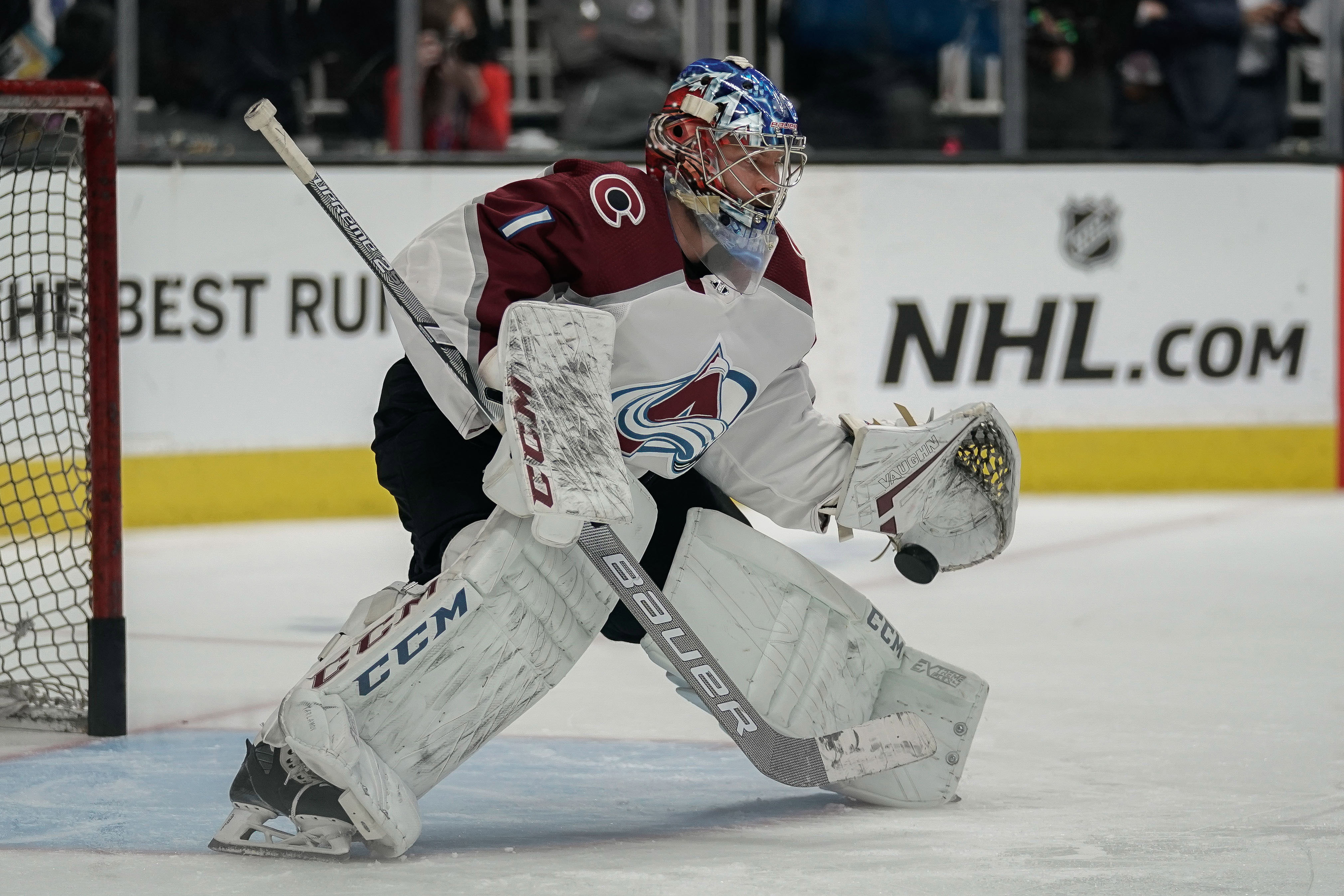 Just minutes after news broke that Robin Lehner was on his way to Chicago on a one-year deal worth $5 million, the Islanders wasted no time in bringing in his replacement. The Islanders signed Semyon Varlamov to a four-year deal with an AAV of $5 million.

The 11-year veteran, who will be 31 entering this season, will look to fill the void that Robin Lehner leaves behind. After injuries and on-ice struggles saw Varlamov become the back up in Colorado, the Russian netminder has a chance to be the guy with the Islanders and showcase that he is in fact still capable of shutting down the best in the league.

“I wanted to sign with the Islanders because I thought this was the right place for me and my family,” Varlamov said during an introductory conference call.

In the 49 games last season, he held a record of 20-19-9, with a .909 save percentage and a 2.87 goals against average. If he can stay healthy, and the Islander’s defense can play strong in front of him, the hope is he will have a bounce-back season on the Island.

The Islanders had been reportedly reviewing game footage of Varlamov for the last month, which led to them to make the move on Monday. In fact, general manager Lou Lamoriello has had his eye on Varlamov for quite some time.

Lamoriello said that he had tried to trade for the Russian netminder when he first joined the Islanders organization last year. And the goaltending staff with the Islanders had liked what they had seen from Varlamov as well.

“They are extremely high on him and have been high on him,” Lamoriello said. “And certainly endorsed the direction we took.”

A big presence in between the pipes, the Russian netminder is strictly a butterfly goalie, who is great at covering the bottom half of the net and putting pressure on players to lift the puck.

Aside from his performance on the ice, Varlamov could also be a useful asset to get goaltending prospect Ilya Sorokin to come to North America. Varlamov and Sorokin share the same agent and have known one another for the past three years.

Sorokin was drafted by the Islanders in 2014, but has yet to play in North America. He has been tearing it up in the KHL with CSK Moscow, which has had Islander fans salivating.

“I think it’s a fringe benefit,” Lamoriello said of Varlamov’s relationship with Sorokin. “You have a young man. with one year left and potentially coming over next year, with a language barrier and now having someone in the same position to possibly look up to.  They played on a couple of world teams together.”

Varlamov was very complimentary towards Sorokin, calling him very talented and labeling him the “best goalie playing in the KHL.” However, he was unaware of Sorokin’s plans or the timetable he has until he makes the jump to the NHL.

“You should call (his agent) and ask him this question,” Varlamov joked. “I have no idea about his future. All I know is he’s a great guy and a great goalie.”