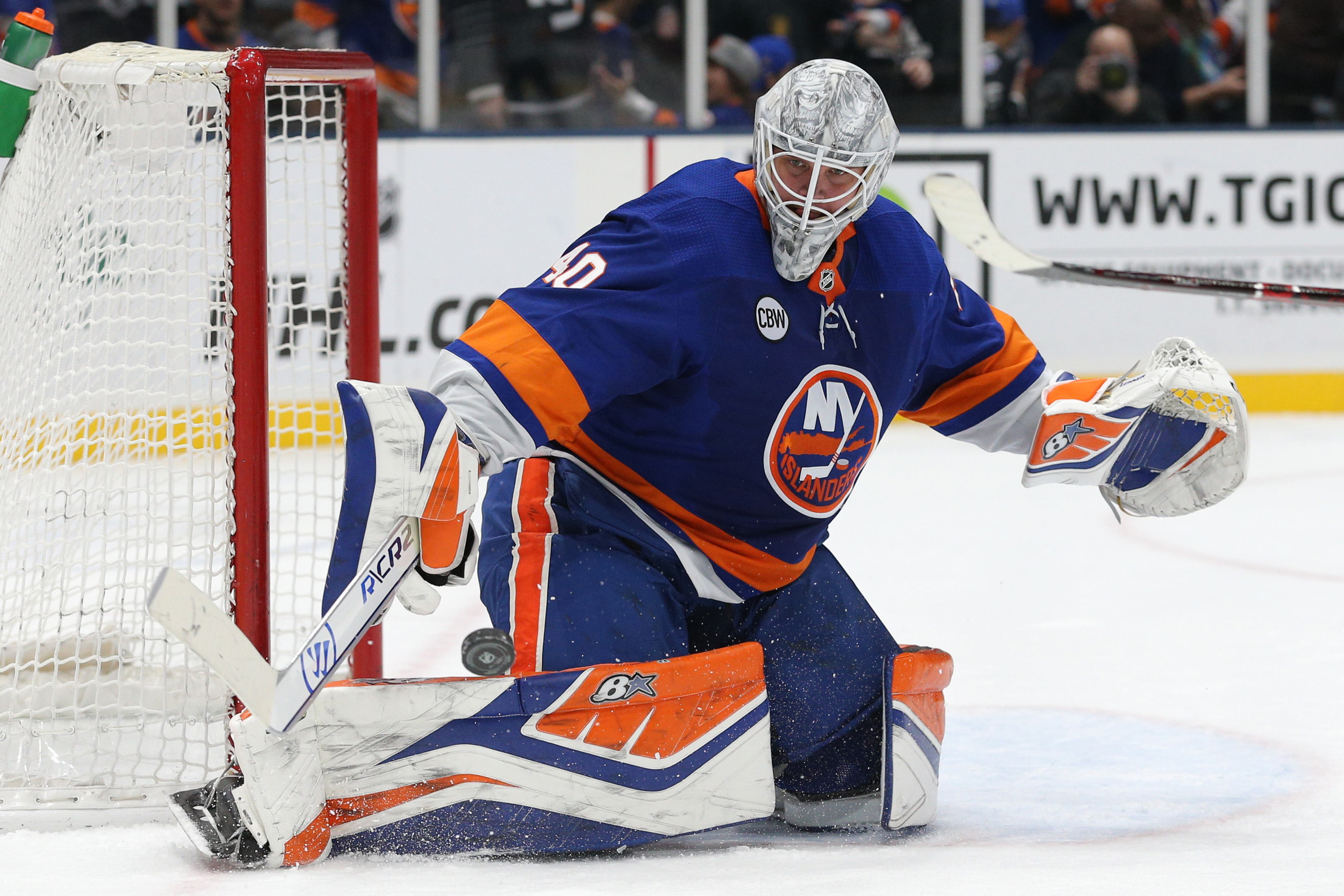 Robin Lehner wanted to be a New York Islander and he made it clear on Monday that he wasn’t the reason why a new contract on Long Island wasn’t worked out.

Lehner signed a one-year, $5 million contract with the Chicago Blackhawks after his camp wasn’t able to work out a new deal with Lou Lamoriello and the Islanders. But it wasn’t for a lack of trying, according to Lehner.

“It not working out on Long Island had nothing to do with me,” Lehner said during a conference call with reporters, according to Chris Kuc.

Lehner’s statements contracted what Islanders general manager Lou Lamoriello had said to the media hours earlier. The veteran hockey executive said that they had done everything they could to re-sign Lehner.

“It was our intention (to re-sign him),” Lamoriello said. “we did everything we could earlier as we did with all the other players. Unfortunately, it didn’t work out.”

However, that didn’t quite match up when Lehner spoke to reporters a short time later.

Lehner said that negotiations between his side and the Islanders were slow to get going and then he was given an “ultimatum.” After he took some time to think it over and wanted to work out thins, the Islanders had already moved on to another goaltender.

Here are Robin Lehner's full comments on how things went down with the Islanders. Not a good look. pic.twitter.com/N18Oot20x5

“We were still pretty much all in with Long Island and they walked away—didn’t want to do anything.,” Lehner said.

Lehner had been one of the NHL’s best stories last season, with his career year on the ice after battling addiction and mental illness. He went 25-13-5 with a 2.13 goals-against average and a .930 save percentage.

The former Islander also took home the Masterton Trophy and was a finalist for the Vezina. He also became an advocate for trying to change the way mental illness is viewed after discussing public his own struggles with it before training camp last season.

“You never leave relationships or friendships,” Lamoriello said about Lehner. “Unfortunately, things didn’t work out for different reasons. We have to never look back, we have to go forward, but the personal relationship and how he’s touched a lot of people and will continue to do that. He’s a quality human being and certainly an outstanding goaltender.”

Lehner remained appreciative of the fanbase and teammates he had during his year with the Islanders. He reiterated that in a tweet on Monday night.

Thanks for an amazing year @NYIslanders I wish everyone in that organization the best moving forward. Thanks to all the amazing fans who have supported me this year. You guys very special and I’ll never forget this year. Looking forward to my new journey with @NHLBlackhawks