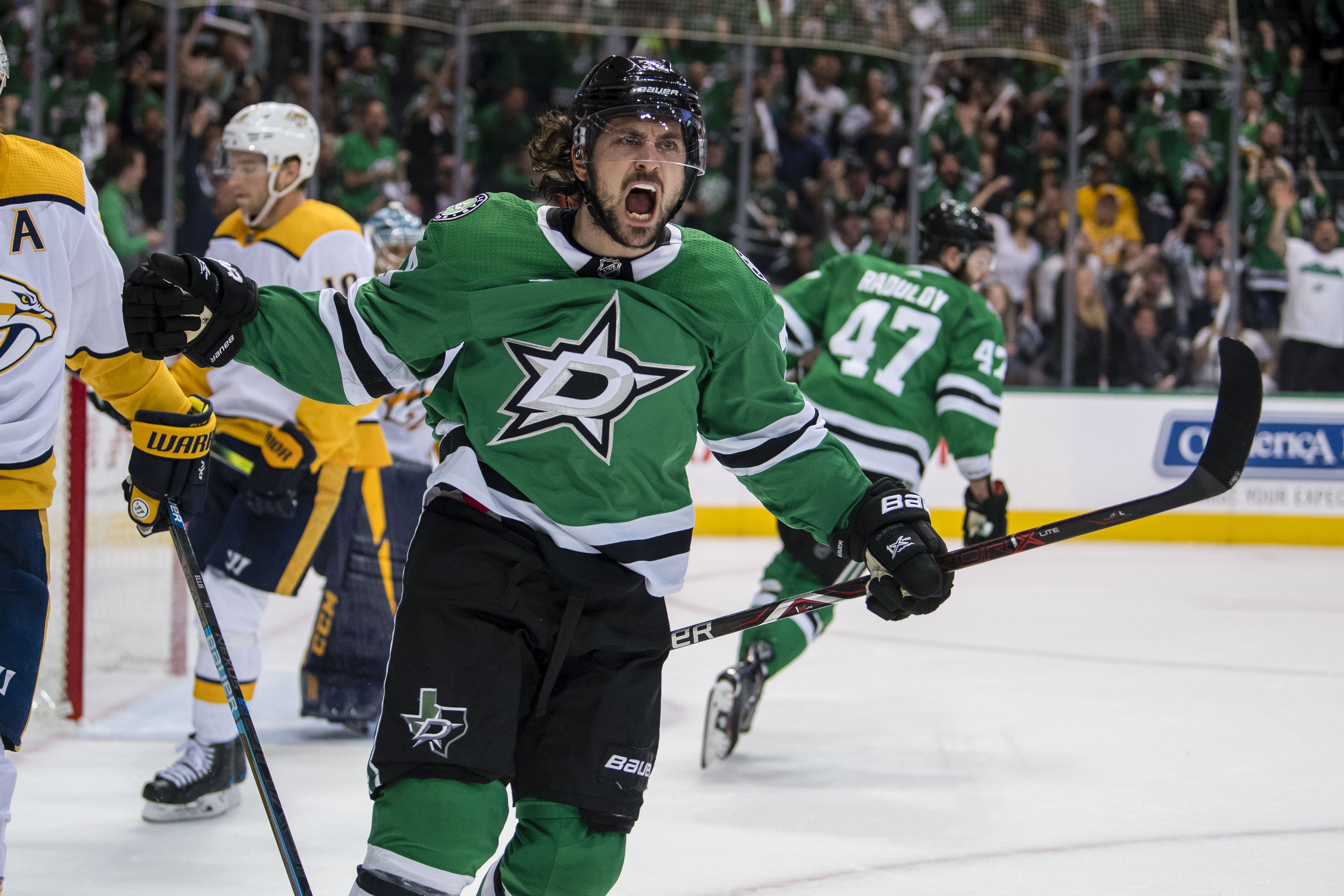 It is a day like this that I really feel the time is right to give an applause to the individual(s) that make CapFriendly.com possible.  Thanks for all that you do to help us rubes make sense of it all.  If you don’t give this site a follow on Twitter, I’d recommend you do because they provide all of the details any armchair-General Manager like you or me could ever want.  You are incredible! #sticktap

Either way, this has to be the busiest time of the year when the NHL loses all of its sanity and throws crazy, stupid money and term for players they believe will improve their fortune.

Speaking of crazy stupid, money and term, the Minnesota Wild signed 31-year old (soon to be 32-year old) Mats Zuccarello to a 5-year, $30 million deal in the opening hours of free agency.  While the Wild.com article is quick to point out he’s the highest scoring Norwegian-born player of all time, it fails to point out he’s only scored over 20 goals once in his 9-year NHL career.

At 5’8″, 184lbs, the left-shot right winger plays with a lot of energy and uses his speed well to win races for the puck and has above average hands.  He is a decent set up man and will likely have a spot in the Wild’s top 6 right away.  I have admired Zuccarello’s courage and intensity for years from afar, ever since he burst onto the scene at the 2008 Olympics in Torino where he made Team Norway a tough out that year.  However, is a 5-year deal, paying Zuccarello $6 million a season smart money on a 32-year old player?!?!  At 29.6 years old the Wild are the oldest team in the NHL according to CapFriendly.  The deal also gives Zuccarello a full no movement clause in the first 3 years of the deal and then a 10-team no trade list in years 4 and 5 of his 5-year pact.  So that means the Wild will be obligated to protect Zuccarello in the Seattle expansion draft.  Ouch.

Yesterday I posted an article about whether to spend or not spend money, and I think this is classic case of allowing the cap space to burn a hole in your pocket and chasing diminishing returns with too much cash.  No doubt Craig Leipold‘s mandate of being a playoff team and not allowing the situation be a true rebuild complicates matters.  I understand ticket sales have been a bit rough this spring and early summer but Minnesota fans are smart.  They can tell the difference between a meaningful, well-thought rebuild and a series of moves that appear to be short-sighted and even counterproductive.  I am not sure he’s going to be able give the Wild enough boost offensively to make his salary worth it.  This leaves the Wild with about $11.3 million in cap space to re-sign restricted free agents Kevin Fiala, Ryan Donato, Joel Eriksson Ek and Nico Sturm.

The Minnesota Wild also signed 24-year old right-shot right wing Ryan Hartman to a 2-year deal worth $1.9 million per season.  Hartman hasn’t quite had the same impact since he left Chicago towards the end of the 2017-18 season.  Hartman is a player with a decent dose of speed and sandpaper to his game and demonstrated good durability in that role playing 83 games last season split between Nashville and the Philadelphia Flyers.  He had 12 goals, 26 points in those 83 games last year.  He can also be used on the penalty kill.

I think this ‘prove it’ type of deal makes a lot of sense in terms of value and term and hopefully he’s motivated to provide solid minutes in an energy role in the Wild’s bottom 6.  His right-shot will also be a welcome addition and I think that will force youngsters like Jordan Greenway and Ryan Donato to raise their intensity if they wish to have a spot on the big club.

Both Donato and Greenway looked unmotivated through the latter parts of the season and it stretched into the Iowa Wild’s playoff run.  This lack of ‘want to’ in their post-season stint in Iowa certainly drew the ire of Wild General Manager Paul Fenton and he’s no doubt hoping to foster more internal competition.  There is a fair chance that Donato and Greenway could start the season in Iowa and personally I think it would be better for their development if they do.  Hartman’s arrival probably means its the last we’ve seen of J.T. Brown who has one year left on his contract and is more or less on the outs with club since his incident in Dallas.

I’d like to see Gerald Mayhew get a shot on the Wild’s 4th line and while he isn’t big, he gives you everything he has each and every shift.  He’s a player who nearly put the team on his back in the playoffs for Iowa and I’d like to see him rewarded for his hard work with an extended audition.  However I do recognize that Hartman’s addition will make it more difficult for the Wyandotte, Michigan-native to make it.  Yet from a culture standpoint, I think its a good lesson to have players biding their time in Iowa see the rewards and respect of playing well and consistently there on a nightly basis.

It also signed center Luke Johnson to a two-year, two-way contract worth $700,000 each season.  The Grand Forks, North Dakota-native had been in Chicago’s farm system the last few seasons.  He is a right-shot forward and had 18 goals in 53 games for the Rockford Ice Hogs last season.  The Wild also signed Gabriel Dumont to a 2-year deal, two-way deal worth $700k per season.  Dumont is a ball of energy and brings speed and a tremendous work ethic and has played in 87 NHL games between stints with Montreal, Tampa Bay and Ottawa respectively.  He is another right-shot center and had 15 goals, 43 points in 59 games with the Syracuse Crunch last season.  No doubt Wild Assistant GM Tom Kurvers probably couldn’t wait to add a ‘heart and soul’ player like Dumont whom he was familiar with when he was working for Tampa Bay to help set the tone in Iowa.  This will be important as Iowa will try to fill the huge void in leadership by the departure of Cal O’Reilly who left for a 2-year deal with the Philadelphia Flyers where he will help mentor the youngsters with the Lehigh Valley Phantoms.

Yet there is indication the team is zeroing in on former Blaine Bengals’ and St. Cloud State Star right wing Jonny Brodzinski to add more depth to the organization as a two-way contract.  Brodzinski had been with the Los Angeles Kings for the last few years since turning pro.

As it looks right now Iowa should have another solid group of players and should feature more prospects than last years’ veteran laden squad.

The Athletic‘s Michael Russo also reported the team may be looking to add another 3rd pairing defenseman (he didn’t give a name) to the team and that if that deal happens that Nick Seeler could find himself as the odd-man out.  We shall see if that takes place later today or in the next few days as the free agency insanity train rolls on.  As I reported earlier there is interest in young defenseman Brennan Menell, Iowa’s top scoring blueliner from a season ago (44 points in 70 games) as Winnipeg, Pittsburgh and the New York Islanders have called about his availability.

Restricted free agents Hunter Warner, Loiue Belpedio and Carson Soucy should re-sign in the next month or so.  But as it currently stands, Iowa will have an intriguing mix of smaller more mobile puck-moving defenseman and a collection of hulking blueliners as Warner, Soucy, Stepan Falkovsky and Fedor Gordeev are at least 6’4″ to 6’7″ in height.

What do you think of these moves the Wild made?  Will it make a difference or is it mostly superficial and won’t really move the needle enough in their favor?  Which move(s) excite you the most so far?  Tell us on Twitter @CreaseAndAssist or in the comment section below!

Oh and one last thing, a little 2019 Free Agency levity courtesy of NHL super fan Jillian Fisher!  For the Wild, I would say ‘damn accurate.’