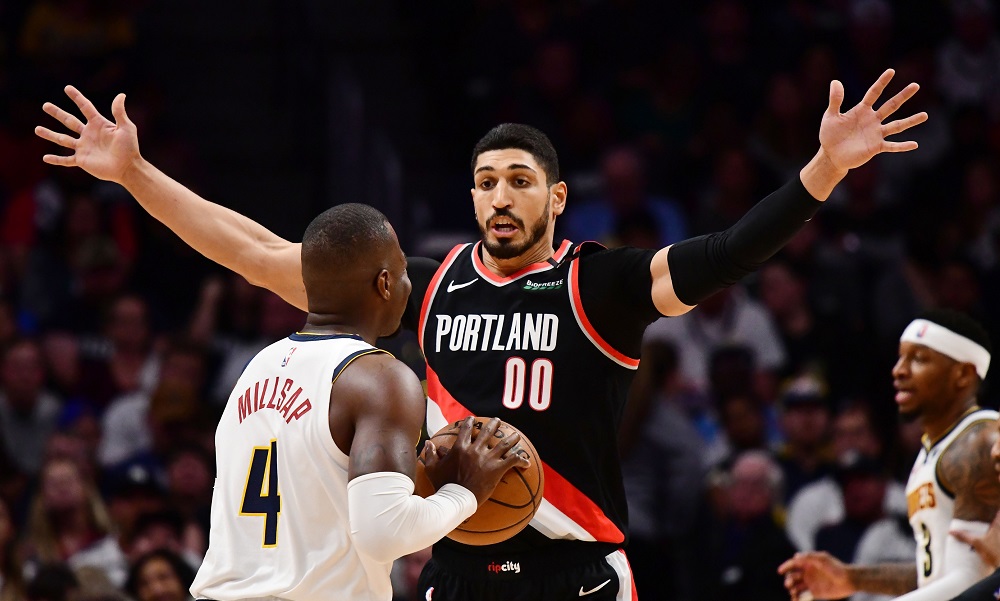 Since the departures of Al Horford and Aron Baynes, the Celtics have desperately needed an experienced big man, especially one who’s a strong rebounder. They just landed one:

The 6’11”, 250-lb. center has been in the league for eight seasons, averaging 11.9 points and 7.6 rebounds. This past season he went for 13.7/9.8, first with the Knicks, then with the Blazers after New York had waived him. Kanter started 14 of Portland’s 16 playoff games as they made a run to the Western Conference Finals.

The 27-year-old is known for his persistence on the offensive glass – he averaged 3.8 ORebs this season – and is definitely an in-the-paint player: 83.9% of his shots were taken within 8 feet of the rim. He also shot 9 of 27 from the three-point arc.

Enes Kanter's agent has announced a two-year deal with the Celtics for the room ($4.7 million in the first year) exception. The Celtics had hoped to create a full $9.3 mid-level exception, to no avail.

If Celtics were focused on adding an offensive-minded big man and elite rebounder, Enes Kanter is as good as they were going to do with the room mid-level.

With Enes Kanter in fold, Celtics depth chart looks like:

Kanter’s brother Kerem, himself a pro player in Lithuania, was immediately on board.

Kanter is also known for the trouble he’s had with the government of his home country, Turkey. Kanter has criticized the Turkish president, which led to his passport being revoked. If he travels outside the U.S., he risks being arrested and extradited. Last season he stayed home from a game in Toronto because of that danger.