Warriors thank Kevin Durant for his services, retire his No. 35 jersey 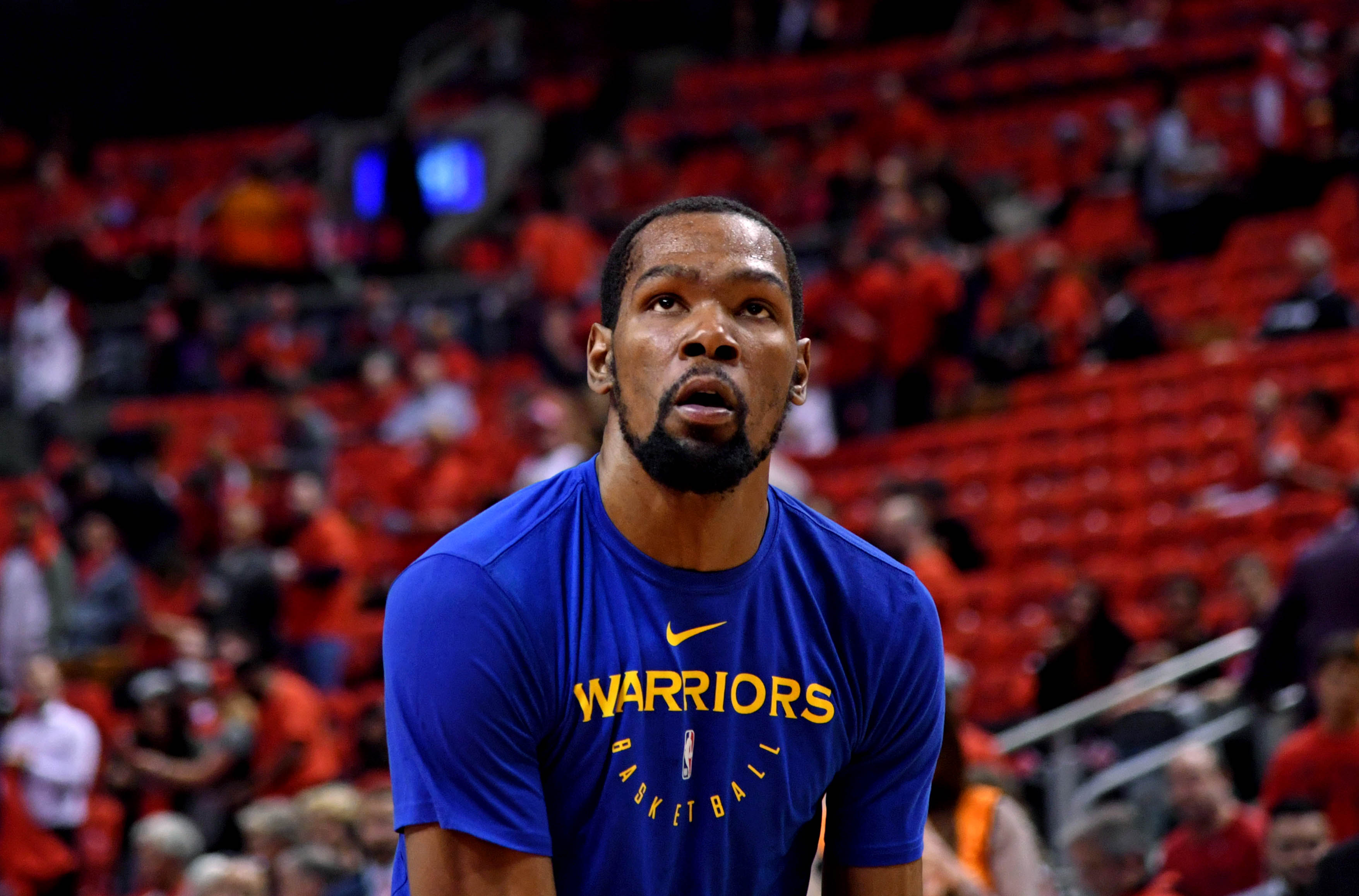 Warriors thank Kevin Durant for his services, retire his No. 35 jersey

The latest buzz is that Kevin Durant never really felt like he was a part of the Warriors, as it relates to the chemistry with his teammates, but he did help them win two titles — being named Finals MVP both times.

As such, the Warriors organization is already giving him the highest of honors — retiring his No. 35 jersey, which will likely hang from the rafters of Chase Center, we’d imagine (although Oracle Arena remains a possibility as well).

And even though Durant elected to take his talents to Brooklyn — leaving the organization before it relocated to San Francisco — the Warriors showed plenty of love for him, releasing this statement about all he did for the team in his three years there.

It will be interesting to know what his former teammates feel about this, as Warriors fans don’t seem too thrilled about it.