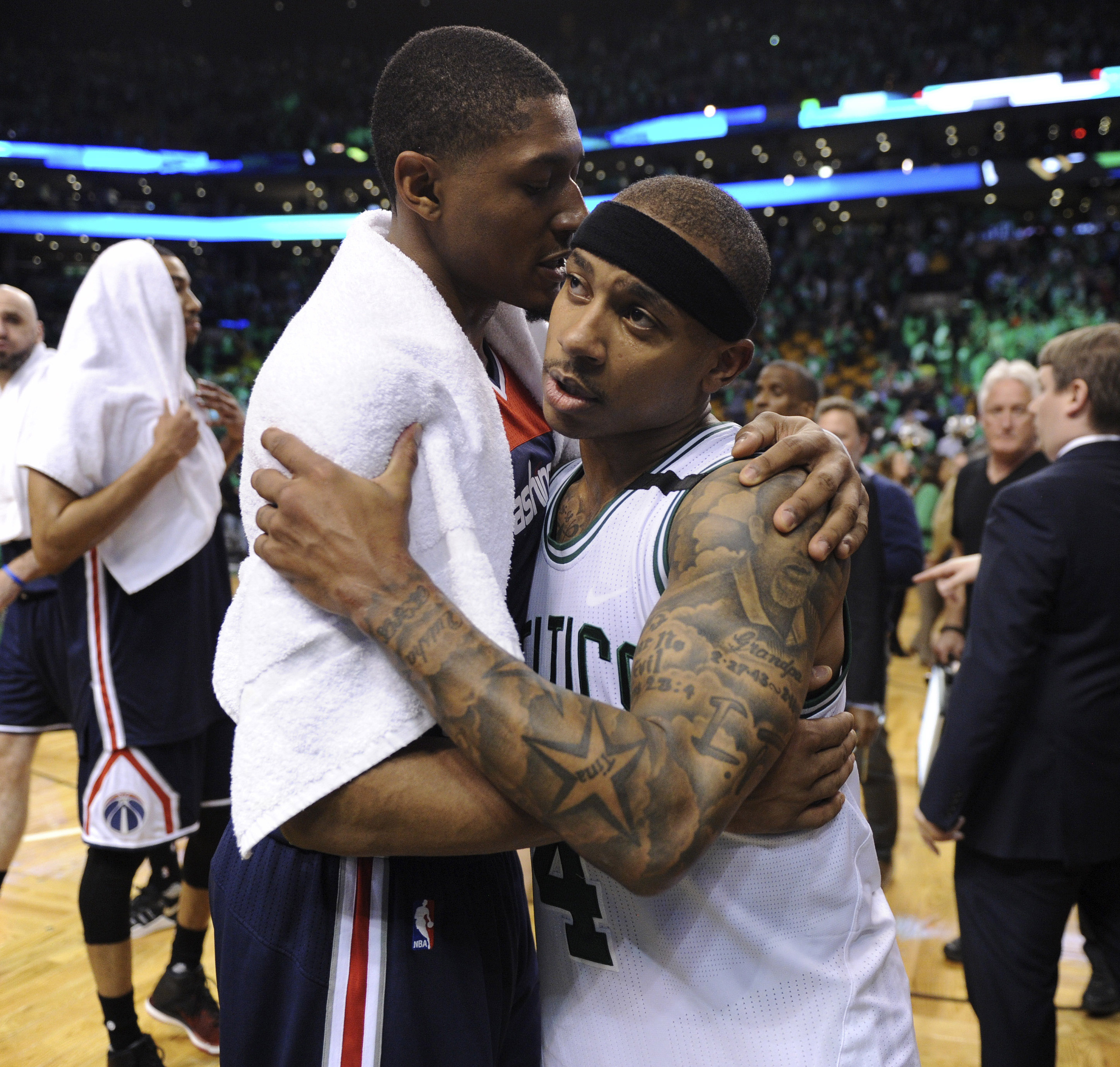 The Washington Wizards decided not to bring back point guard Tomas Satoransky on a three-year, $30 million deal on Monday leaving a void in their roster. Interim team president Tommy Sheppard and company tried to minimize that hole with the signing of veteran Ish Smith to a two-year, $12 million deal. But they were not done yet. Two-time All-Star Isaiah Thomas met with Washington on Monday night and agreed to a one-year veteran’s minimum contract.

Isaiah Thomas has agreed to a one-year deal with the Washington Wizards, league source tells ESPN.

Thomas, 30, is just two years removed from averaging 28.9 points and 5.9 assists per game for the Boston Celtics that beat the Wizards in the second round in 2017. Hip injuries and surgeries have sidelined him since as he has only played in 44 games during the past two seasons with the Cavs, Lakers, and Nuggets. Finally healthy, Thomas is looking for a chance to show he is still capable of playing at an elite level. Sheppard foreshadowed Washington would be targeting free agents looking for an opportunity on draft night.

Tommy Sheppard lit up with a smile when asked about free agency: "Absolutely. We're excited. That's the next biggest thing. … First order of business is talk to our own restricted free agents. … If you don't have money, what do you have? We have opportunity." pic.twitter.com/NOpjiG6UGL

If healthy, Thomas immediately can be penciled in as the Wizards starting point guard and forming a respectable backcourt with Bradley Beal who already appears to be ready for the pairing.

Thomas almost single-handedly defeated the Wizards in 2017 to keep them from the much coveted Eastern Conference Finals. He dropped 53 points in Game 2 on his late sister’s birthday that moved the entire NBA. The 5-foot-9 (if that) point guard is a family man that you can only respect.

On what would have been his late sister's 23rd birthday, Isaiah Thomas scored 29 of his 53 points in the fourth quarter and overtime #RIPChyna pic.twitter.com/5Yrrjl1xqS

Entering his 9th season in the league, Thomas will receive a minimum salary of ~$2.3 million, but will only count against Washington’s payroll at ~$1.6 million. The Wizards technically now have a full 15-man roster with Thomas’ addition, but they still have the flexibility to waive Jonathon Simmons and/or Jermerrio Jones before their contracts become guaranteed. Expect those cuts to happen because the team likely wants to sign second-round pick Admiral Schofield and/or undrafted free agent Justin Robinson before training camp.

All in all, this is a low risk, high reward move for the Wizards. They get a legitimate second scorer if healthy, which is something they struggled with last season.