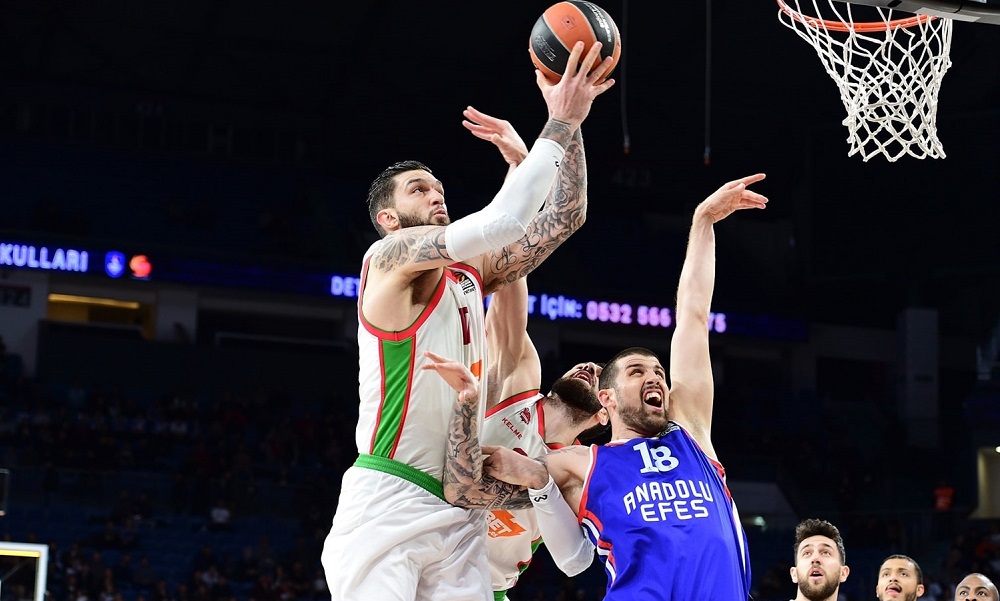 One day after acquiring Enes Kanter, the Celtics added more size to their roster by reaching agreement with center Vincent Poirier from France.

The Boston Celtics and French center Vincent Poirier have agreed to a two-year deal, league sources tell @TheAthleticNBA @Stadium. Poirier is a 6-foot-11 center who will provide additional front court depth in Boston.

The hope for the Celtics is that Vincent Poirier will add a defensive component to pair well with the offense of the recently added Enes Kanter.

Both players are plus rebounders, which has been an issue for Boston in recent years.

Source tells @BostonSportsBSJ that Vincent Poirier contract will be for veteran's minimum over two years. Same type of deal that Theis signed back in 2017.

The C’s reportedly were interested in signing Poirier back in April, but he had no interest in being a bench player. Considering the state of the Celtics roster right now, the 25-year-old could see a fair amount of minutes if Boston does indeed ink him to a deal.

The 25-year-old Poirier is a mobile seven-footer that provides a far superior defensive presence to Enes Kanter in the frontcourt. The Celtics were rumored to have interest in the seven-footer who just finished a standout season with Baskonia during which he led the league in rebounds (8.6 per game). He’s a rim-running seven-footer with good mobility for a big. Fouls a lot but he sticks with guards pretty well for his size. No real jump shot to speak of. He will compete with Kanter and Robert Williams for a starting job right out of the gate.

This signing gives Boston several bigs (Poirier joining Robert Williams, Grant Williams, Kanter, fellow Frenchman Guerschon Yabusele, Tacko Fall, and possibly Daniel Theis, if he’s re-signed), and likely means the Celtics will not be pursuing DeMarcus Cousins. Some fans were calling on Danny Ainge to jump into negotiations for Boogie after seeing this clip this morning:

According to @wojespn, there’s currently no market for DeMarcus Cousins. Not even for a mid-level exception.

Is this thing on, #Celtics fans? pic.twitter.com/efLsFHIpu8

But that wasn’t likely anyway.

Based on what @GoodmanHoops told me on the latest #CelticsBeat, you should not expect the #Celtics to sign DeMarcus Cousins, even if they could get him for the vet minimum.

If character wins over talent, Cousins isn’t the right fit for a vulnerable locker room in need of repair. https://t.co/4vGFWzEnRW