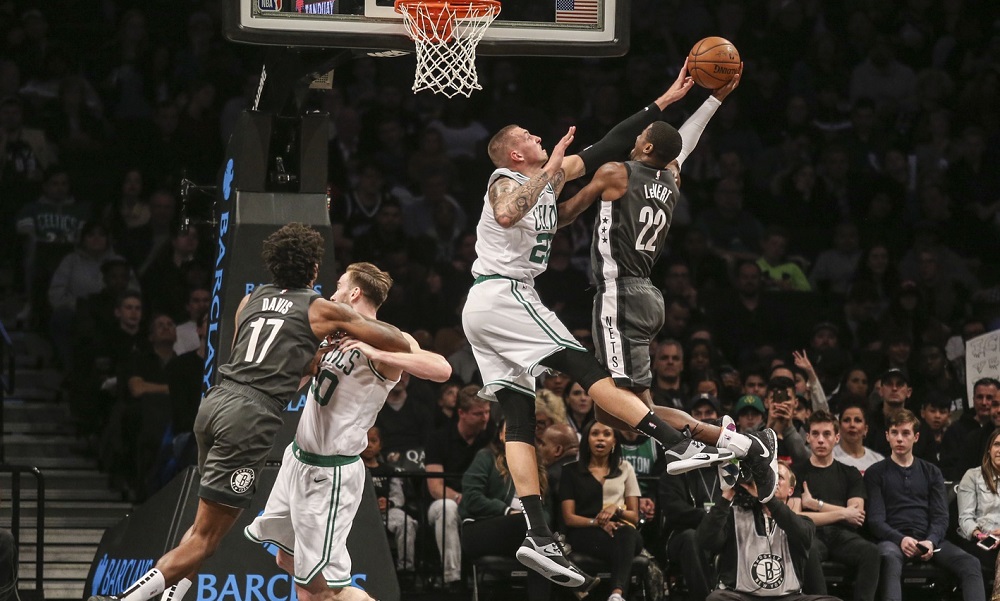 The Celtics continue to add players almost faster than we can post about them. This just in:

Happy to be back 🙌🏼💯☘️ #Celtics pic.twitter.com/vaijeWGQQa

The return of Theis follows the acquisitions of Enes Kanter and Vincent Poirier, both announced in roughly the past 24 hours. We don’t know yet if the Celtics will have a quality frontcourt, but they definitely now have quantity, with the aforementioned trio joining Robert Williams, Grant Williams, Guerschon Yabusele and Tacko Fall on the current (AKA summer) roster.

The frontcourt now has a strong international presence.

And it seems this just about does it for the Celtics’ ability to sign players.

Signing Vincent Poirier and re-signing Daniel Theis should just about complete free agency for the Boston Celtics. One more minimum signing to fill out the roster and that will about do it.

Some on Twitter were questioning why the Cs were so generous to Theis, who made $1.38 million last season. First, because they could:

Celtics had early Bird Rights on Theis so they had the ability to offer him up to just over $9 million (league average salary) per CBA rules.

Second, it might benefit the team in future deals:

I get the arguments for paying Theis more than his QO, but that seems like a lot of money for a 3rd/4th center.

They are building up some tradable salary. I'd be surprised if all of Kanter, Theis, Yabu, and Poirier are on the team beyond the trade deadline. https://t.co/LZ8BUG69nd

Some highlights from one of Theis’ most productive games last season: