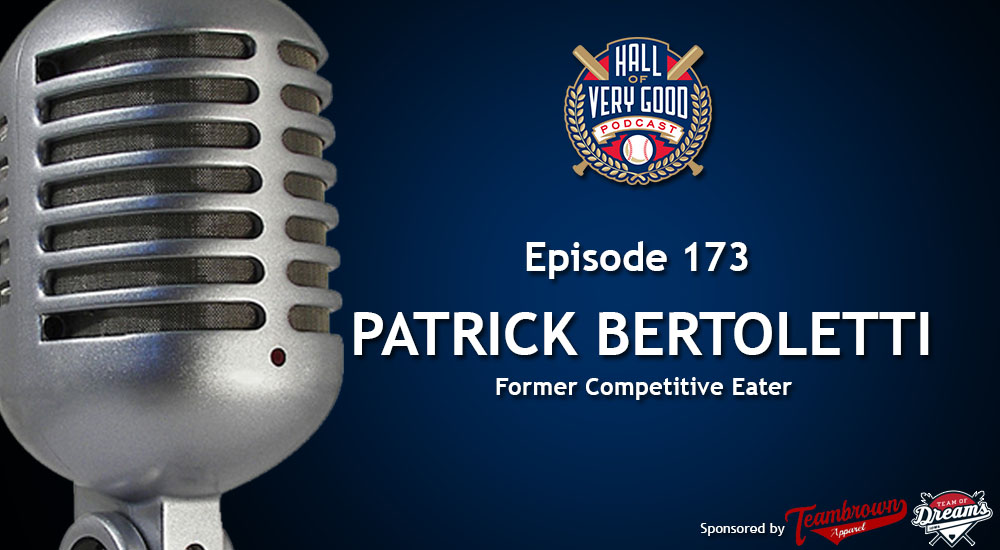 This week, Shawn Anderson and Lou Olsen are joined by Patrick Bertoletti.

“Deep Dish” talks to the boys about his time as a competitive eater, gaining 25 pounds during one competition, that time he and four buddies attempted to eat a 40-pound goat to help the Chicago Cubs win the World Series, competing at WingBowl alongside former slugger Matt Stairs and introduces the world to the former Major Leaguer who once set a record by eating a 72-ounce steak.

Matt Stairs is a “Badass”

This week’s podcast was brought to you by Teambrown Apparel and Team of Dreams.