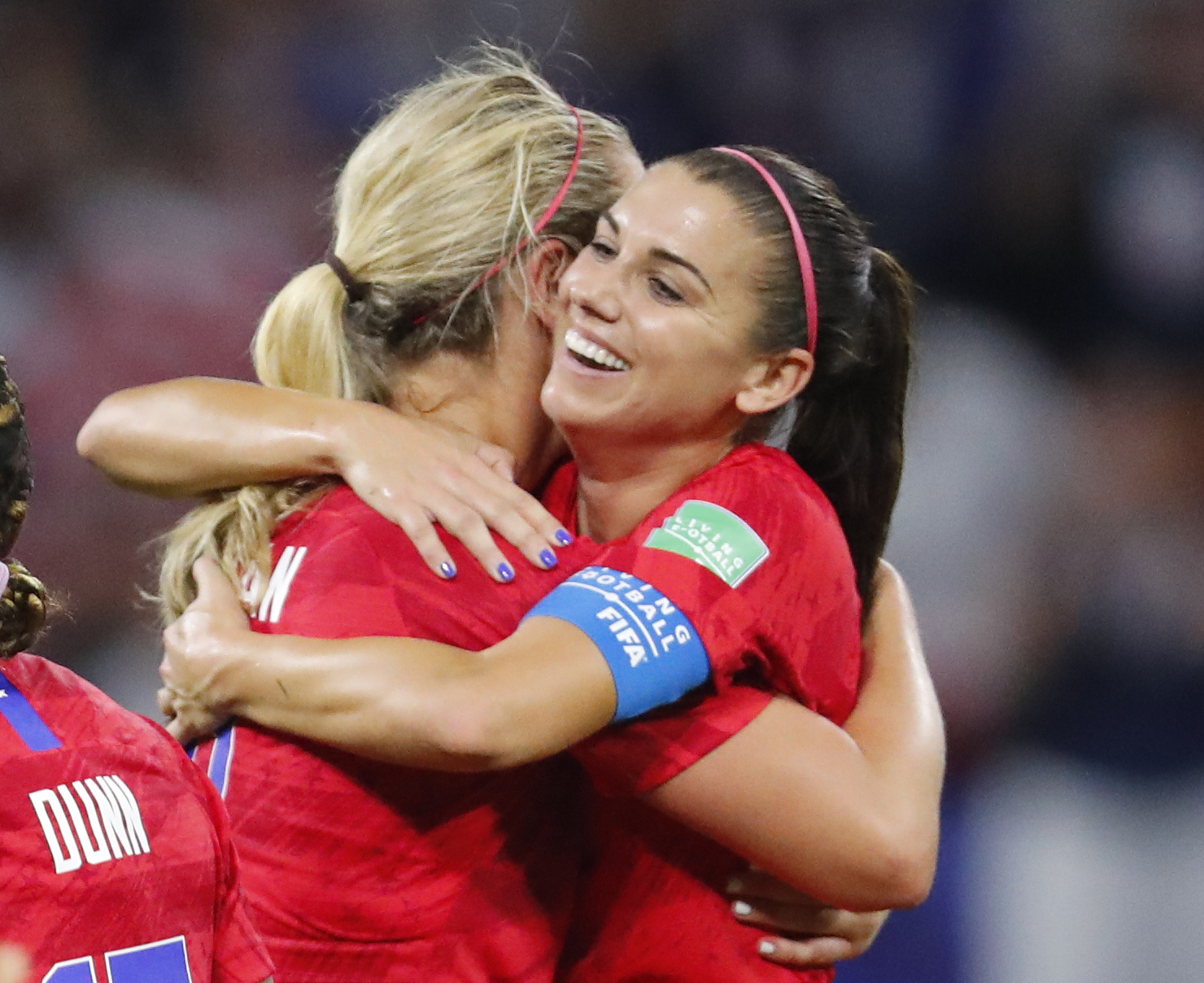 In the United States win over England, the Americans got two first half goals from Christen Press of Los Angeles, CA in the 10th minute, and then a game winning goal from captain Alex Morgan of San Dimas, CA in the 31st minute. Morgan’s goal came on her 30th birthday.

England’s lone goal came in the 19th minute by Ellen White, which temporarily tied the game at one goal apiece. England had two marvelous opportunities to tie the contest in the second half, however White was called offside after she scored and captain Steph Houghton was stopped by American goaltender Alyssa Naeher of Bridgeport, CT on an English penalty kick.

Houghton got the penalty kick after White was tripped and pushed down by American defender Becky Sauerbrunn of St. Louis, MO. However just like in Canada’s round of 16 match versus Sweden, the English coaching staff elected to not go with their best striker. The decision to go with Houghton over White could definitely be scrutinized and criticized over the next few days.

Then late in the match, Millie Bright of England received her second yellow card of the match. That meant she received a red card and forced England down to 10 women on the pitch. This gave the United States a significant advantage over the last 11 minutes and during that time England was unable to deliver a strong scoring chance.