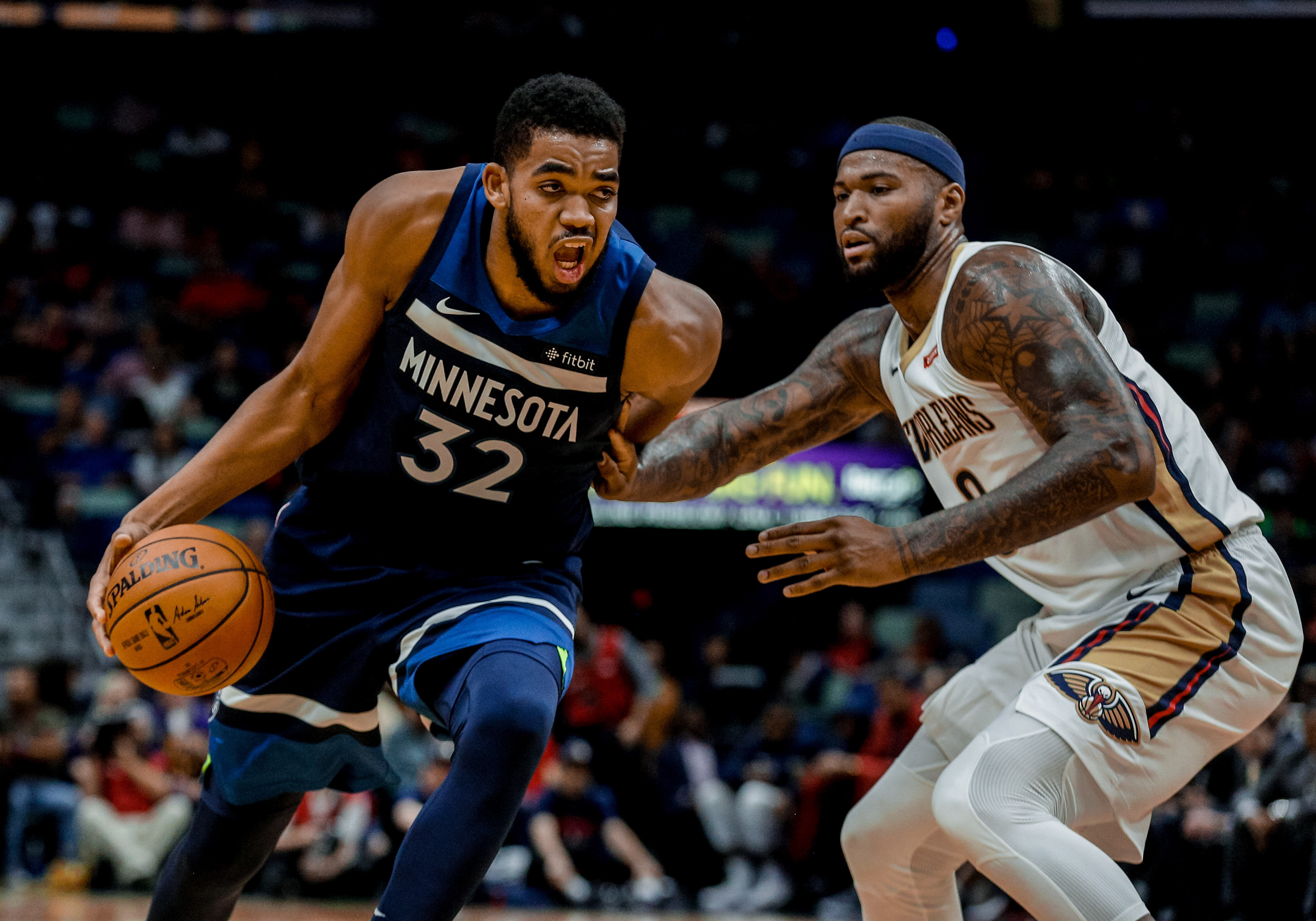 It was a disappointing first 12 hours for the Minnesota Timberwolves in NBA Free Agency. D’Angelo Russell spurned Towns and the Wolves to head to the Golden State Warriors. The Wolves were confident. They thought they could clear the necessary space to sign Russell to a 4-year/$117M extension. Then, the Warriors came along, out of left field. I imagine this felt like the Wolves were on a date, then the date told them they’re seeing someone else. An absolute punch in the gut. Slap in the face. There aren’t enough sayings for what happened to the Wolves with D’Angelo Russell.

Luckily for the Wolves, the sun still came up the next day. They were surprised by Russell’s decision, but they had work to do. Karl-Anthony Towns’ 5-year contract just kicked in, so the clock is ticking for Minnesota to improve their roster and get back to the playoffs.

That started on Monday afternoon when the Wolves took Shabazz Napier, Treveon Graham, and cash from the Warriors to help facilitate the D’Angelo Russell sign-and-trade. Ironic, right? Napier and Graham are both on non-guaranteed contracts, so the Wolves can waive them before July 10th and not pay them anything. However, both guys are young, and could project into future role players. Plus, the cash they got can be used to pay for the helicopter ride we gave D’Angelo Russell to show him how beautiful California was…

The Wolves reportedly gave D’Angelo Russell a helicopter flyover of Los Angeles. They pulled out ALL the stops. pic.twitter.com/VQRzJ0GpFb

Unless there’s a trade that makes sense to use their contracts in as non-guaranteed money, the Wolves should hold onto both guys. Napier is 27 years old and is a serviceable backup point guard who is a 35.4% career three-point shooter. Graham is another young piece on a cheap contract who is a solid defender and could turn into a good three-point shooter. There’s no risk in the Wolves holding onto these guys. Plus, if one of them fits nicely into the system, then the Wolves have found a rotational guy for years to come. If they don’t fit, Minnesota can let them walk next summer.

Along with yesterday’s trade, the Wolves also signed Jordan Bell to a 1-year contract that will pay him the league minimum. This is a great move for Minnesota to help strengthen their defense. Bell is a great shot-blocking power forward, that can play center in really small lineups. Playing Bell next to Towns will help cover up some of KAT’s defensive weaknesses, and it will take the physical toll off Robert Covington having to guard bigger guys. The best way to explain Jordan Bell is zero calorie Draymond Green. Or, Pepsi Clear Draymond Green. Either way, it’s another risk-free move that has a ton of upside.

Now, although the Wolves have started to make changes to their roster, they still have work to do. Minnesota still has the Mid-Level Exception to use. Here are some targets to consider when using that $9.2 million to fill out the roster.

This one is obvious. The Wolves extended Tyus a qualifying offer to make him a Restricted Free Agent, which means they can match any offer that Jones signs with another team. However, the market for teams that need a point guard is drying up, and the amount of money available is drying up. Bringing back Tyus makes sense for the Wolves. Ryan Saunders loves him, and his historic assist-to-turnover ratio makes him a great backup guard. In my eyes, Tyus is a consistent jump shot away from being a starting NBA point guard.

Another young player with a lot of upside. Hollis-Jefferson is a versatile defender at the four, and he attacks the rim. He’s not a good shooter, but his switchability on defense and ease getting to the basket would make him a great option off the bench, with the ability to start. The Nets had to move on from RHJ so they could free the space to sign Durant, Irving, and DeAndre Jordan. Hollis-Jefferson didn’t always get consistent playing time in Brooklyn, but his 15.4 points per 36 minutes and 1.7 defensive win shares last season makes him worth it.

This is a name that has been floating around Twitter. I wouldn’t be interested in McConnell, unless the Wolves lose Tyus Jones. McConnell is a shifty guard that plays hard. He’s a good mid-range shooter, and finished 68.3% of his chances at the rim last season, but he’s not a three-point shooter. If the Wolves lose Tyus, I would have an interest in bringing McConnell in as the backup. But, if Tyus is back, I don’t see McConnell being interested in being the third point guard.

Let me start by saying this is unlikely. But, Adrian Wojnarowski said on ESPN that there isn’t a market for Cousins, not even for the Mid-Level Exception. If I’m the Wolves, I would take the chance. Gersson Rosas has made it clear that he’s trying to find a way to bring in a co-star next to Towns. Cousins isn’t the clearest option, but another year removed from his Achilles injury, it’s something that I’d explore for around $6M this year.

Again, this isn’t likely. I’m not sure Ryan Saunders would want to coach Cousins, or how he would fit in the locker room, but Rosas needs to get creative finding talent, and this should at least be talked about.