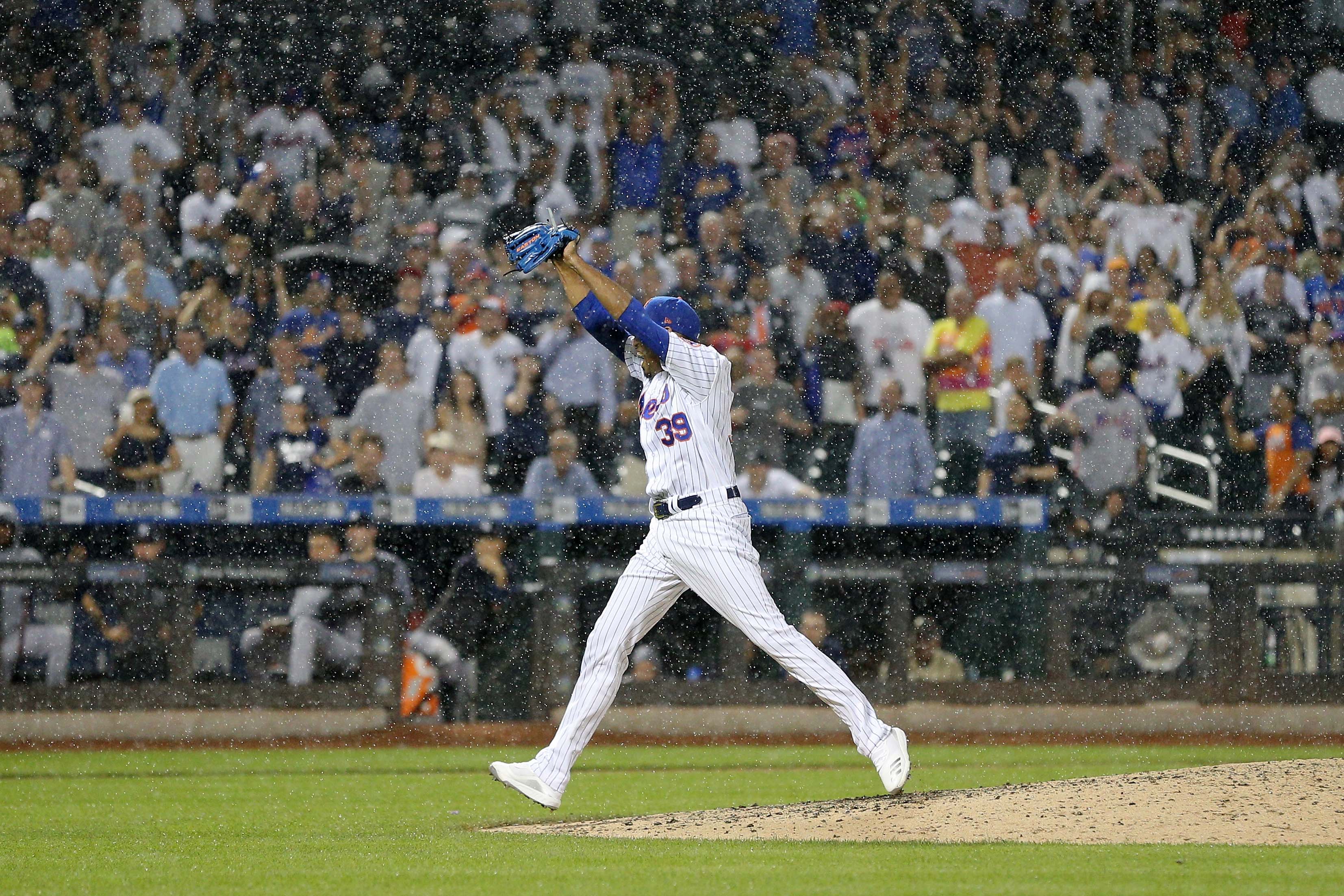 One day there will be a season where a Subway Series game is just another game on the schedule for the Mets and their fans, and not the de facto World Series. Until then, we’ll have to settle for the 4-2 victory that we got tonight.

Zack Wheeler pitched very well against the Yankees, only giving up two runs in six and a third as Brian Cashman was searching his briefcase for some low level minor leaguers to offer to Brodie Von Monorail in trade. But it seemed like it was all going to go for naught with the Mets wasting opportunities in the second, third, and fifth as they had two runners on in each inning with the Yankees up 2-0. The second inning was torpedoed by a terrific double play by the Yanks, while the third and fifth were ended by strikeouts by J.D. Davis and Pete Alonso. Davis led off the sixth inning with a home run but the Mets also stranded two runners in that inning after the Davis dinger.

But after the return of Justin Wilson saw him clean up after Wheeler to end the seventh, and a sscoreless inning by Seth Lugo (amazing what having restaurant quality relievers other than Lugo can do), Davis drove in Alonso to tie the game in the 8th with a double that just eluded a diving Aaron Hicks. Then with Zach Britton in the ballgame, Michael Conforto drove a double the other way to drive in two and give the Mets a 4-2 lead headed to the 9th.

As the rains came down, Edwin Diaz led off with a heart attack as he gave up an infield single to Didi Gregorius as Diaz dropped the throw. But he came back to get the first two outs and after Gregorius stole second, this happened:

Fitting for a juggling act to end the game with the circus that the 2019 season has been. But all was well in Flushing as the Mets won Game 3 of Our World Series to take a 2-1 lead. The Mets can clinch Our World Series tomorrow with Knockout Vargas headed to the hill to try to make this season a moral success. With a Yankees win, they retain the title of moral victors and Wheeler will be immediately bequeathed to the Yankees in exchange for Gio Urshela and a poster of A.J. Burnett in a special ceremony at home plate to be performed by Queen Elizabeth, who stowed away in CC Sabathia’s luggage after the London trip. (The Yankees had better be careful that the Queen doesn’t put the team over the luxury tax threshold.)