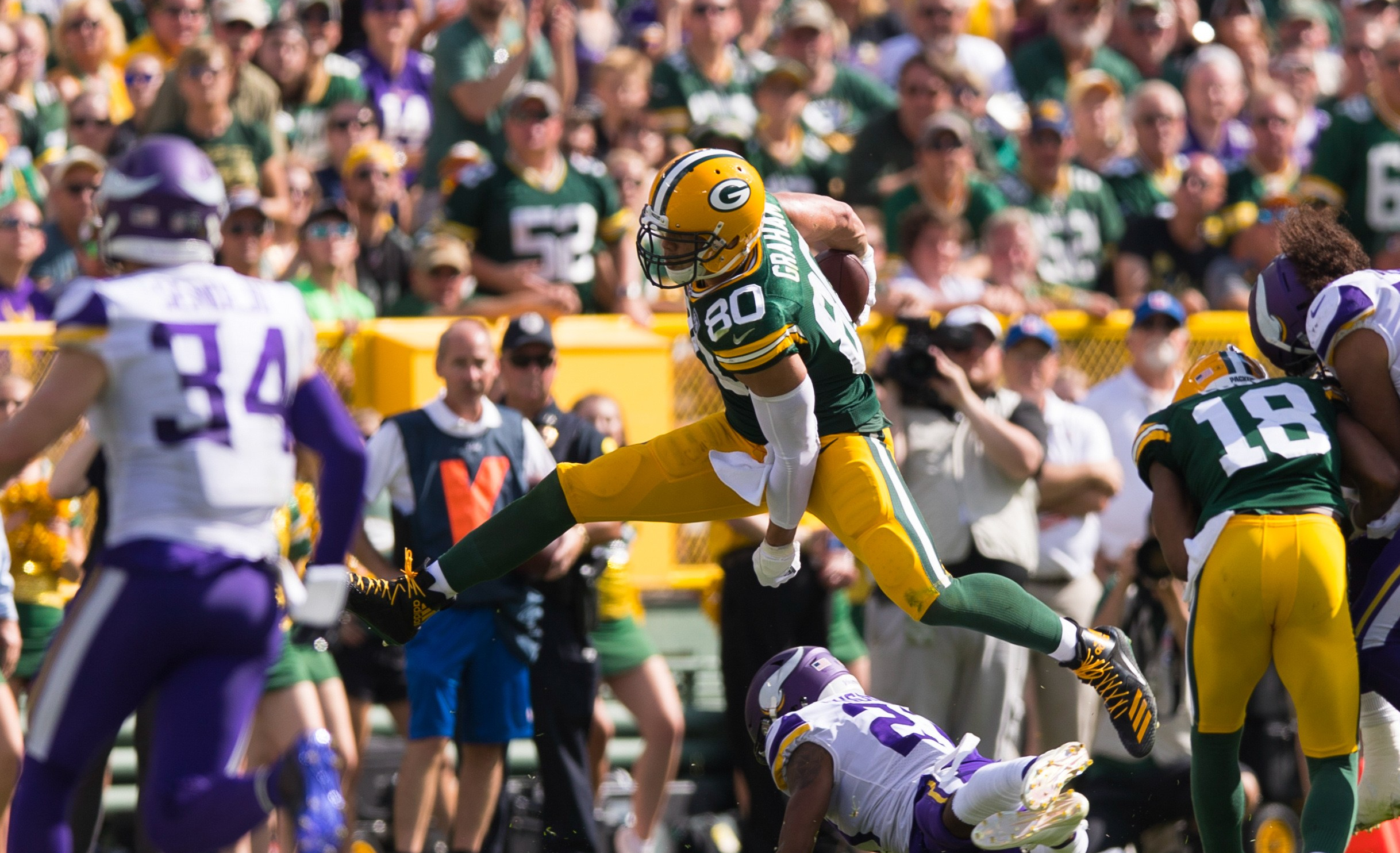 This is the first in a series of positional previews that will run before the Packers open training camp later this month.

The Green Bay Packers enter training camp with lots of questions at the tight end position. While the position has a lot of potential, it is clear the front office also feels the need to upgrade this position before training camp starts. Last month, the Pack signed former Lions tight end Michael Roberts to a contract, but they waived him a few days later after he failed his physical. GM Brian Gutekunst would not have signed the former fourth-round pick after the team had reached the 90-player roster limit if he didn’t feel the need to upgrade the depth at this position.

Tight end is a more important position in Matt LaFleur’s offense than it was under Mike McCarthy. LaFleur utilizes more two-tight end formations and prefers to utilize at least one of those tight ends as a blocker so there should be more playing time for the tight ends this season.

Here is a look at the Packers tight end position as the team prepares for training camp:

Graham enters his second year with the Packers after signing a big free agent contract a year ago that made him the highest paid tight end in the league. Last season was a big disappointment for Graham who caught 55 passes for 636 yards but only two touchdowns. Graham did not consistently show the ability to separate from defenders downfield and was also unable to win one-on-one battles in the red zone. He was slowed down late in the season by a broken finger but to his credit he played through it. It’s not that Graham can’t play anymore, but he hasn’t shown the skill set that made him special in New Orleans and Seattle. Unless he bounces back in 2019, this will likely be Graham’s last season in Green Bay. The best-case scenario is he thrives in the new system, the worst case is that his decline continues, and he proves he is well past his prime.

Lewis was lost under McCarthy last season and barely saw the field. The veteran was brought in because he was considered one of the better blocking tight ends in the league, but he was underutilized by McCarthy despite being a positive force in the locker room. Lewis caught only three passes for 39 yards in 2018. LaFleur likes to have at least one blocking tight end so expect Lewis to see a lot more action in this season if the 35-year-old UCLA alum is healthy.

Sternberger is an intriguing prospect. The third-round pick out of Texas A&M flashed impressive receiving skills in his only productive college season last year and he should be the heir apparent at the position. But rookie tight ends rarely make major contributions in the NFL and 2019 is likely to be close to a red-shirt season for Sternberger. He needs to work on his blocking skills to thrive in the new offense and needs time to get acclimated to the NFL, but his future should be a bright one.

Tonyan showed flashes as a rookie last year especially in the preseason. His regular-season highlight was a 54-yard touchdown pass from Aaron Rodgers against Seattle which showed Tonyan’s downfield speed and soft hands. His blocking also needs to be improved if he hopes to take on a bigger role in LaFleur’s offense.

McKever is a first-year player out of Florida International. At 6’6” and 260 pounds, he also has good size. He previously spent time with the Pittsburgh Steelers and Jacksonville Jaguars although never appeared in a regular season game. McKever is a versatile athlete who played defensive end, wide receiver and tight end at NC State before transferring to FIU.

Both Baylis and McKever and would need to have a strong camp and to have injuries strike the position in order to have a chance at staying beyond training camp.

Outlook: There is talent at this position and the new offense should give the tight ends more opportunities to get involved as both blockers and receivers. Unless Graham can bounce back, the Pack lacks a top-end talent at this position in 2019 although Sternberger has the potential to fill that role in the future. As the best blocker of the group, Lewis should see the field a lot more this season than he did in 2018. Graham’s stats could be much better working in LaFleur’s scheme and his performance will be a key to the success of the offense.