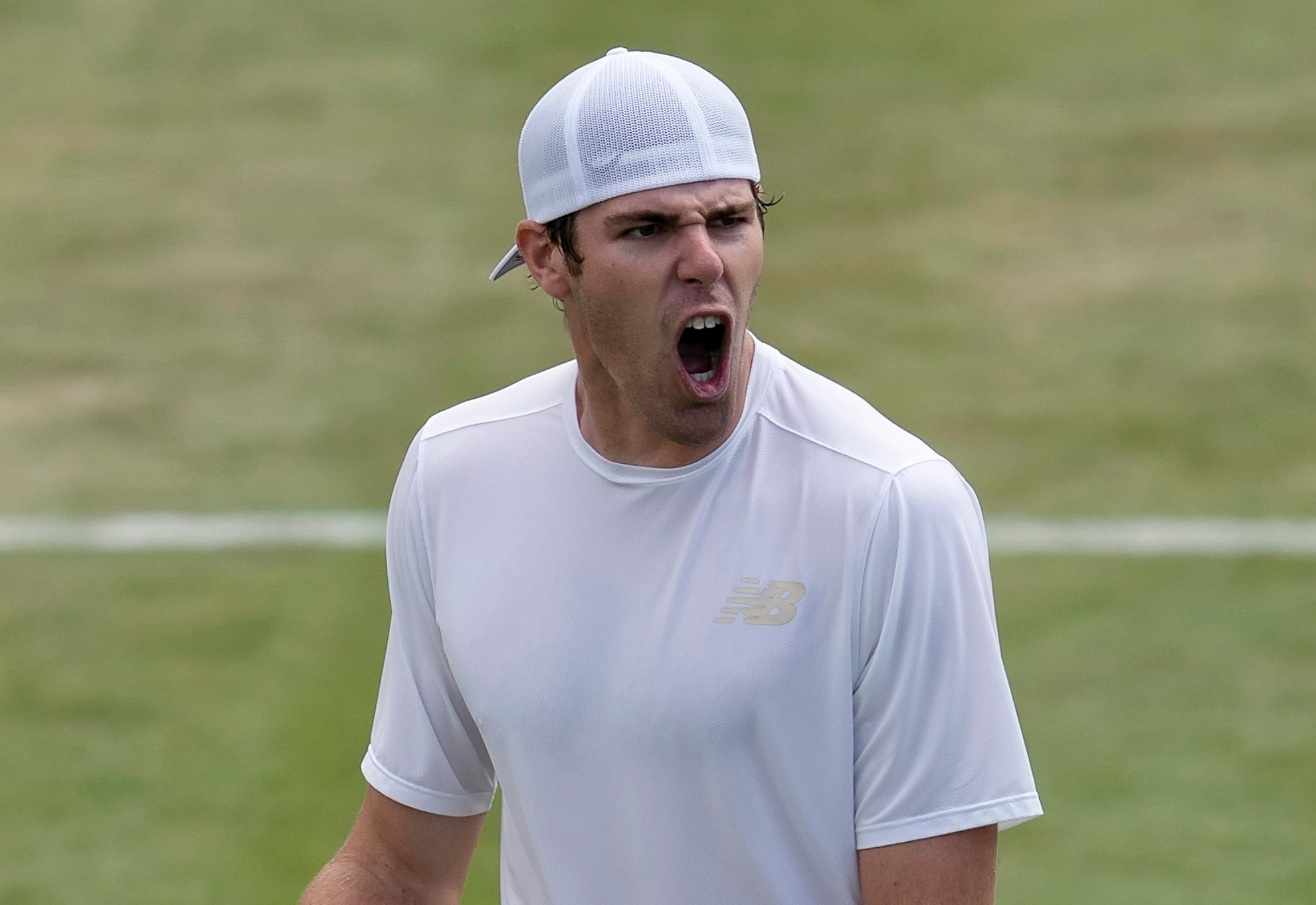 An American tennis star just might have been born on Wednesday. Even though he is only 21 years old, he is a giant on the tennis court. At 6’11”, (possibly seven feet), Reilly Opelka of St. Joseph, MI has the height and serve to deliver some serious damage at Wimbledon in 2019.

In round two of Wimbledon, Reilly Opelka of St. Joseph, MI, delivered his most impressive win of his tennis career as he beat 22nd ranked Stanislas Wawrinka of Switzerland 7-5, 3-6, 4-6, 6-4, 8-6. The most staggering statistic was the fact that Opelka only had 23 aces. More might have been expected over five sets when you consider the fact that Opelka has an ATP-leading 507 aces in 24 matches during the 2019 season.

Opelka has the skill set on grass to drive Canadian Milos Raonic, the 15th seed, absolute nuts. Raonic is second on the ATP Tour this season with 470 aces, but struggles mightily against players with huge serves themselves.

The third round match between Opelka and Raonic will take place on Friday. Do not be surprised if Opelka seeks out fellow American John Isner of Greensboro, NC for advice. In his career, Isner has a record of five wins and one loss against Raonic including a quarterfinal win at Wimbledon in 2018, where Isner won 6-7, 7-6, 6-4, 6-3.

Wawrinka was one of two men’s seeds to lose on Wednesday. In a very intriguing second round match, Fernando Verdasco of Spain, the 2009 Australian Open semifinalist, upset the 30th seed, Kyle Edmund of Great Britain also in five sets–4-6, 4-6, 7-6, 6-3, 6-4.

On the women’s side, two American seeded players lost and one unseeded American delivered a minor upset. The unseeded American who won was 2019 Australian Open semifinalist Danielle Collins of St. Petersburg, FL who upset the 11th ranked Anastasija Sevastova of Latvia, 4-6, 6-4, 6-3. This was not that big of an upset because Sevastova’s worst grand slam results have come on grass as she is 1-4 in her career.