What's clicked for Manny Machado during his hot streak? 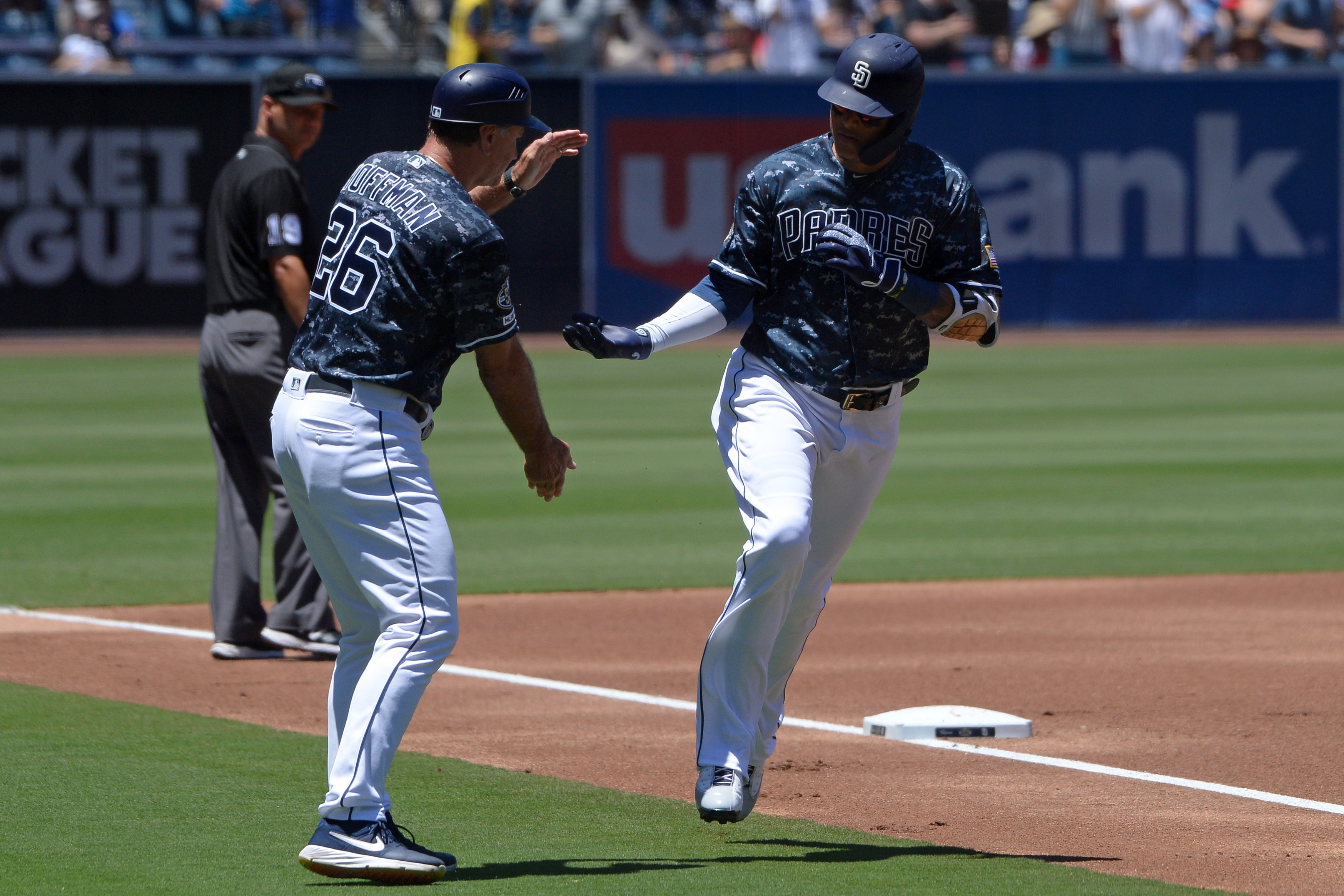 What's clicked for Manny Machado during his hot streak?

No ballplayer wants to get their season off to a slow start, especially free agents who are trying to make an immediate impact on a new club. As much as he may want to just be another part of the team, it’s hard to categorize Manny Machado as such, especially after this past winter.

Not many ballplayers sign a 10-year, $300 million deal. And since he didn’t ink the contract until after Spring Training started in February, the ramp-up to his San Diego Padres debut wasn’t typical, either. So it was understandable to see the third baseman be slow out of the gates.

He’s made up for it all over the last three weeks, though. Prior to Wednesday’s game against the San Francisco Giants, here’s how Machado’s offensive numbers stack up when looking at his production through June 12th and since June 13th.

It doesn’t take a math whiz to realize he’s practically doubled both his homer and RBI production in less than half the plate appearances. Machado’s hot streak has actually spanned longer than the last few weeks, too. The numbers in the below tweet are outdated now, but it helps paint the picture of what he’s been doing since a slow March/April.

And seemingly, he’s been doing it under the radar because he plays for San Diego now. Without considering that, though, what has changed for Machado between these two very arbitrary time periods of 2019?

His strikeout rate has dropped by three percentage points, but it’s also been accompanied by a significant drop in walk rate (10.8% to 5.3%). However, that’s mostly because opposing pitchers have been attacking him differently.

Through June 12th, Machado had only seen pitches in the strike zone at a 38.9% clip, which helps explain the elevated walk rate. Since July 13th, though, that number is all the way up to 47.2%, justifying the corresponding lack of free passes. More balls in the zone has meant more swings in that situation from Machado (69.7% to 75.4%). His contact rate on strikes has improved by a little more than four percentage points as a result, which also helps justify the increased aggression.

Check out how the veteran’s batted-ball profile has shifted as a result of these changes.

There’s certainly some improvements in the quality of Machado’s contact, but it’s not overly drastic. It becomes more significant when paired with both a rise in fly balls and drop in infield flies, though. That’s how you double your season-long homer total in about a quarter of the opportunity.

Slow start notwithstanding, it seems as if Machado will be within earshot of last season’s career year with the Baltimore Orioles and Los Angeles Dodgers. Either way, a .276/.349/.513 line with 20 home runs, 57 RBI, a 124 wRC+ and 2.3 fWAR through 352 plate appearances is a solid start to a long-term marriage between player and team.