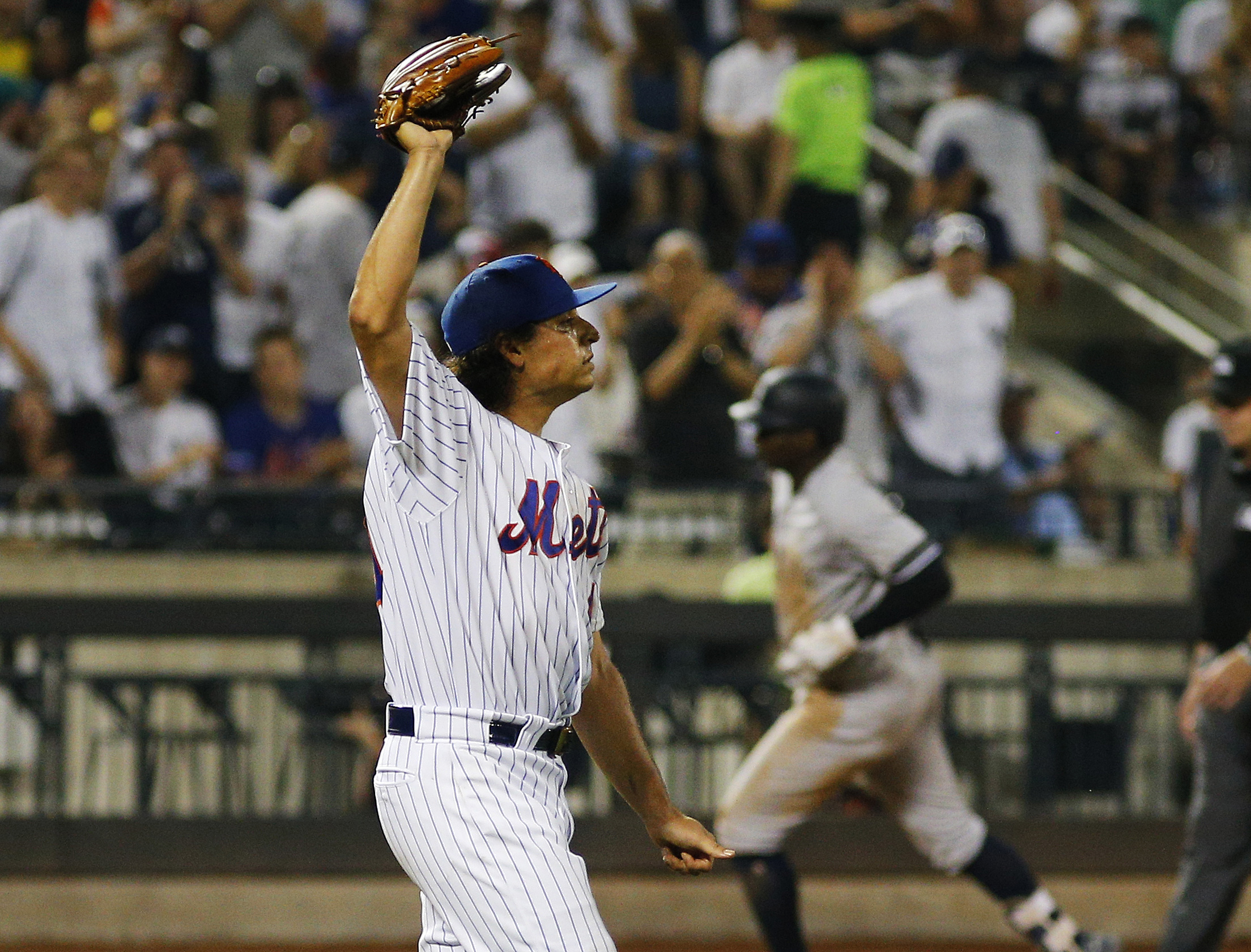 This was one of those games where it seemed like no matter what in-game successes you had, you were pounding your head into a brick wall. Domingo German giving up one run in six inning in his return from the injured list and Gio Urshela turning into Graig Nettles will make any team look overmatched, much less the Mets.

Keep watching. The Mets are giving German the rubber after the game.

But I want to go on record with this, and I’m not an umpire complainer, but Vargas got squeezed on his 2-2 pitch to Aaron Judge in the first. It should have been a K, but instead Judge doubled on the next pitch and then after two were out, Gleyber Torres singled to bring home a second run. Nobody should have scored in the first.

But the way German and company were mowing down hitters after Jeff McNeil homered on the first Yankee pitch of the game, it didn’t matter. The Mets struck out ten times against German and Chad Green, and also couldn’t touch the immortal Nestor Cortes Jr. in the ninth. Of their six subsequent hits after McNeil, three came with one out and three came with two outs. Harmless, all of them. Even if Didi Gregorius’ home run on a changeup in the sixth was the only run he gave up, it wouldn’t have mattered. Wilmer Font came in and gave up two runs (including a missile over the left field wall by the Yankeeography ready Urshela) so even if the wings of a butterfly made circumstances slightly different, chances are Font would have been in there anyway and been victimized by this Yankees lineup.

But this game did give Steven Matz a chance to make a bullpen appearance, With first and third and two outs in the seventh with the score 5-1, Matz … who has an 11.40 ERA in the first inning this season and an OPS against of 1.355 vs. the firsr batter he faces, got Didi Gregorius to ground out to second to end the inning. Matz came up with the idea of heading to the pen after a rain shortened outing on Saturday and hopefully he makes good use of his week out there. (If we’re lucky, he won’t catch whatever pitching fungus is bouncing aroud ont there.

So Our World Series is split. The Mets have two moral victories and the Yankees have a million game lead in the A.L. East with everybody on the injured list. Seems equitable.