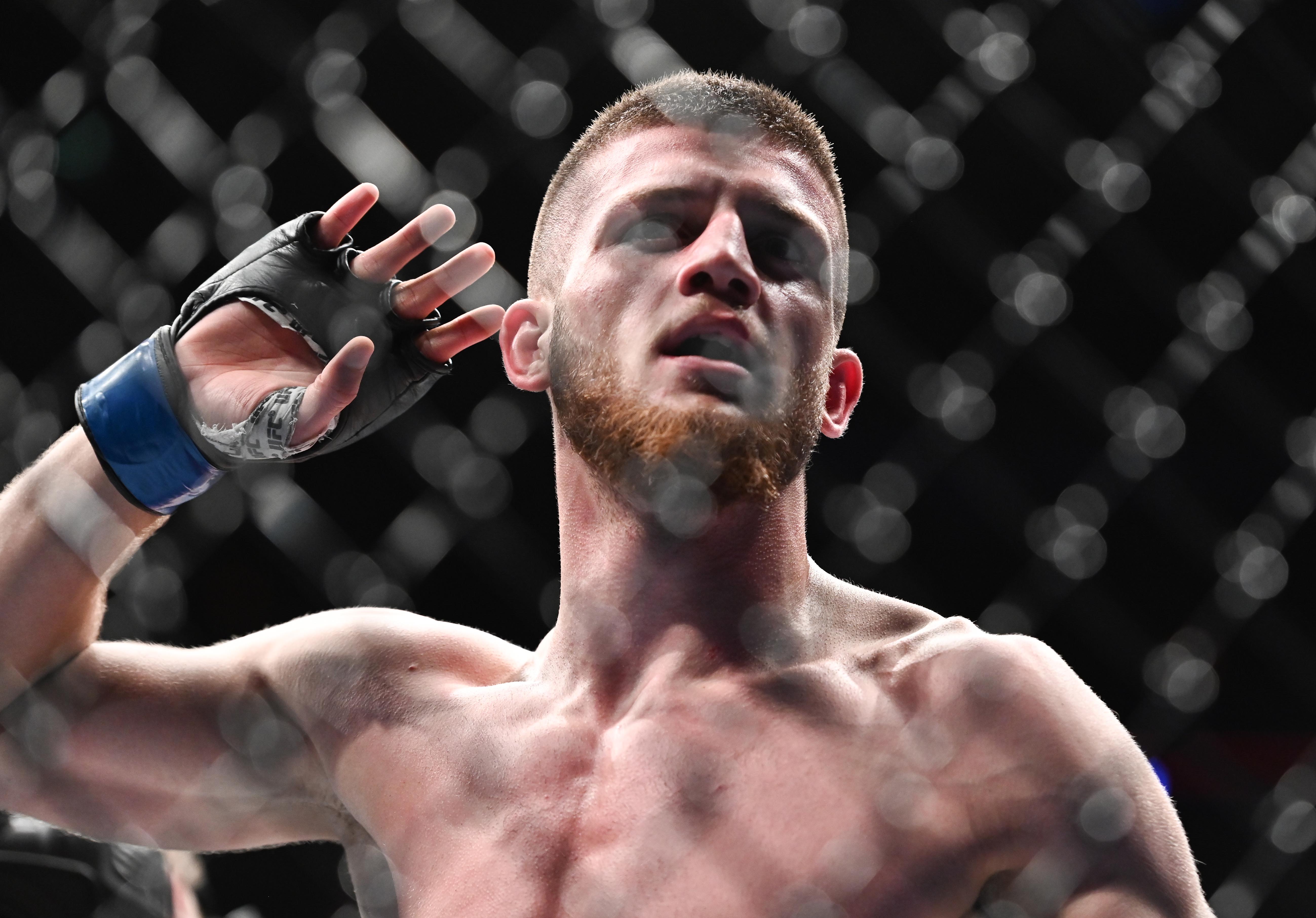 The featured fighters of this column are always those who don’t get the hype they deserve, but rarely is there a fighter who I believe is as criminally underrated as this week’s pick. Luckily, the big stage of this PPV is one that should catapult him into the public’s eye.

Naurdiev got the nickname “The Austrian Wonderboy” from his flashy striking, which includes multiple KOs by knee and one with a spinning wheel kick (included below for your enjoyment).

Both powerful and technically proficient, Naurdiev is incredibly dangerous on the feet. But it’s only after hearing all of this that you find out the scariest thing about him… he’s a wrestler.

That’s right, “The Austrian Wonderboy” is a wrestler, and a damn good one at that. Even when Michel Prazeres put him on his back, his counter wrestling often led him to top, and sometimes back, control. Doing this on short notice against an opponent on an eight-fight UFC win streak is downright unheard of.

I don’t entirely have a great reason for this. After beating up Prazeres so badly, I was sure people would be looking at Naurdiev as a potential top 15 welterweight. The only possibly answer here is that the fight was on a card that wasn’t promoted particularly well in Prague, which did cause his fight to come on quite early. Nevertheless, the hype should be larger and people should get exited.

Chance Rencountre has picked up his last three wins by submission and in dominant positions. He has two rear naked chokes and a D’Arce choke in that span. In order to get the fight to a dominant position, he’ll need to navigate through the flashy attacks of Naurdiev. After that he’ll have to pull the wrestler to the ground, which even Michel Prazeres couldn’t do with any level of success. The bottom line is that Rencountre’s paths to victory are as narrow as anyone’s on the card.