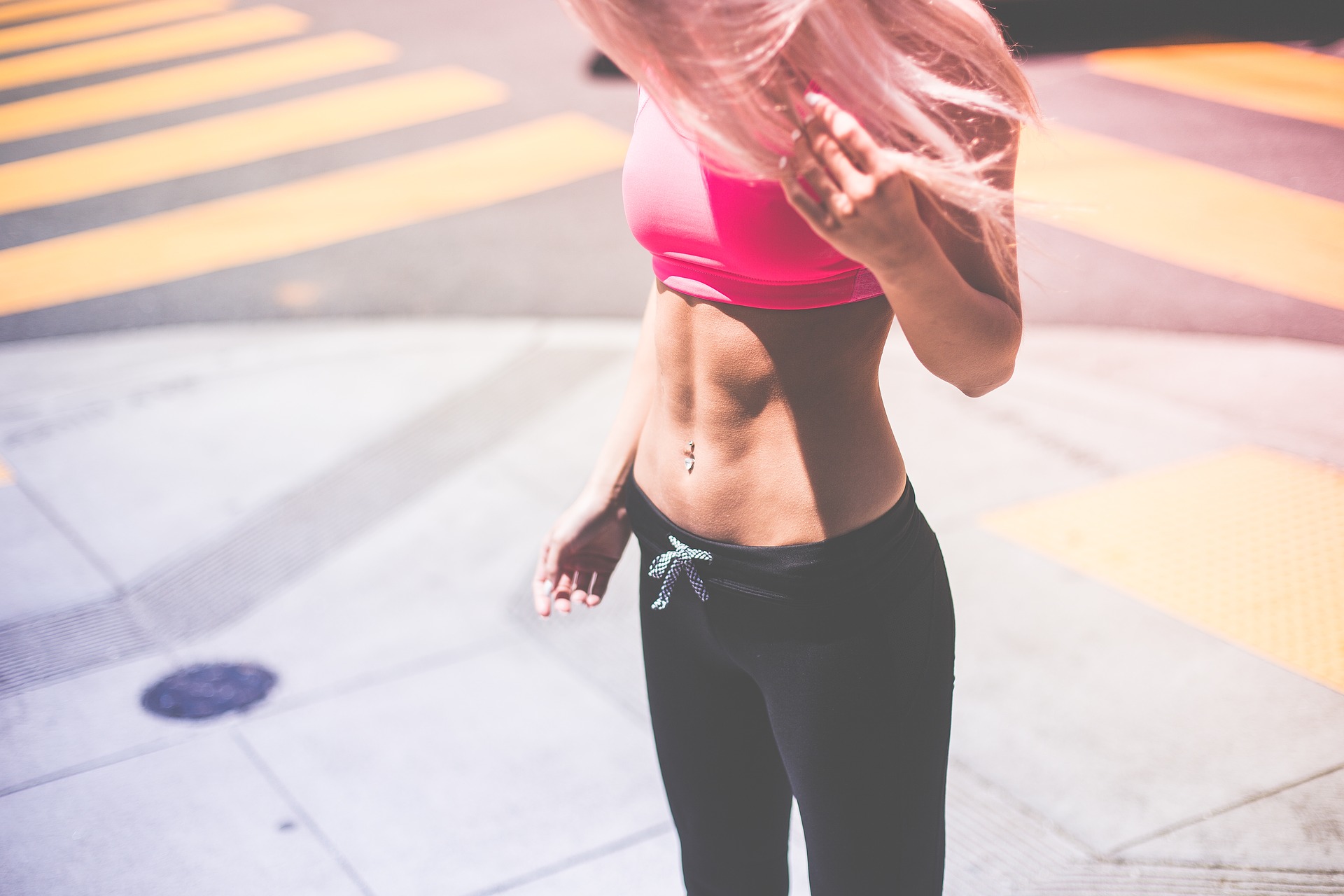 Fat burners. The little pills designed to aid in your efforts in moving unwanted fat.

Whether you’re looking to lose fat and tone up in general, or if you’re coming off the back of bulking season, the process of burning fat requires dedication.

So, a product that helps you along that journey and maximizes results has a big demand, for sure.

Fat burners are a type of supplement that boosts your body’s natural ability to burn fat. This most commonly works through targeting the metabolism and raising energy expenditure during and after exercise through thermogenesis (heat production).

Another process that’s leveraged is called lipolysis, which is when fat cells are broken down into fatty acids for energy.

But there are also supplements that aim to suppress appetite, making it easier to reduce your calorie intake. Others block enzymes from breaking down carbs and preventing their absorption, taking the pressure off you. Although the effectiveness of these is debated.

But do fat burners work?

But there are some that are far more effective than others. Let’s investigate BodyDynamix Slimvance and see how that works…

Slimvance has exploded onto the fat burner market in the last few years, gaining popularity selling primarily through Amazon and GNC.

The manufacturer, BodyDynamix, doesn’t have a website or online presence other than its sales pages dedicated to Slimvance. This can sometime be a red flag but isn’t always the case. They sell through GNC, which is a reputable company, after all.

Slimvance is marketed at women. BodyDynamix claims to increase the calories burnt during and after exercise by 12X, to boost weight-loss by 6X and they even isolate a hip and waist measurement reduction of 3X. Pretty impressive. If real.

They also promote their blend of botanicals as key ingredients in the supplement, claiming to be natural, and state “you can feel confident that it will work and give you the results you’ve always wanted.”

One thing that stands out is that it isn’t cheap; a 30-day supply will cost you $59.99 from GNC, and at the time of writing this article Slimvance wasn’t available on Amazon.

Let’s break down this supplement and find out exactly how it works and whether it’s worth your hard-earned cash.

It has no influence on fat loss.

One of the most common fat burning ingredients, caffeine is in nearly every fat burner on the market, but at a price, and I’m not talking about the money.

The way caffeine kick-starts fat burn is by stimulating lipolysis and increasing the metabolism. In other words, it begins the process of fat breaking down into fatty acids for use as energy and also increases the energy you burn while exercising.

It also does exactly what you’d expect: gives you a serious buzz, stimulating you to push it during exercise and burn more calories. And it does work.

There is a cost to it, however: all these effects decrease as the body becomes tolerant to caffeine, and even if you aren’t tolerant, taking 200mg of caffeine probably means you’ll crash. Usually earlier than you’d like.

That said, the caffeine content isn’t as high as in some competitor fat burners, so it’s not too unreasonable if you’re looking for a stimulant-led option. Just be sure not to exceed 400mg a day total caffeine content – make sure you don’t take any other supplements containing caffeine and watch your coffee intake.

A citrus fruit from southeast Asia, hydroxycitric acid (HCA) is extracted from the rind of garcinia cambogia and is thought to increase the amount of serotonin released which will then suppress the appetite.

There are also some people who theorize that garcinia cambogia is an enzyme inhibitor, slowing down the breakdown of carbohydrates in the food you eat and so lowering the amount absorbed.

However, this wonder ingredient falls flat when you do a little reading. Through extensive research, the effects of appetite suppression due to serotonin release has only ever been seen in rats and never replicated in humans.

Not only that, but human trials in taking HCA have only ever seen a top-end influence on weight-loss of up to 2.8 pounds over 3 months when compared to a placebo. Less than 1lb per month.

Capsimax® is a high-end branded form of cayenne pepper, another common ingredient in fat burners and for good reason.

Cayenne pepper contains the active ingredient known as capsaicinoids, and they boost fat burning in two ways: Increasing metabolism while exercising and resting and stimulating the release of lipase. Lipase is an enzyme the body uses to breakdown fat fatty acids that the body can then use for fuel through… yep, lipolysis.

In these ways it has a similar end-result to caffeine but without the stimulatory high and crash.

The quality form, Capsimax®, is a great addition. Capsimax® increases the time it takes for all the capsaicinoids to be released, meaning you get that boosted metabolism long after your workout ends.

The only downside here is that the dose could be higher.

A simple and effective addition, piperine helps to increase the absorption rates of the ingredients it’s taken with. It does this by inhibiting enzymes from breaking down other molecules around it, effectively protecting them.

This makes it incredibly valuable as a co-ingredient in expensive supplements.

You might be wondering why I left the main event to last, it was the first thing I saw after all.

I listed the other ingredients first because I didn’t want this to overshadow them as there are some quality ingredients in Slimvance, but this blend lets them down.

A proprietary formula like this is always a bad sign for one, simple reason: by keeping the blend a secret, we cannot know how much of each ingredient there is, and so, even if they were amazing ingredients, we would never truly know if it was effective on paper.

Not to mention it’s never advisable to take unknown doses.

But what’s in the blend:

Moringa Oleifera — a plant extract that seems to have some evidence to support its properties as an antioxidant and anti-inflammatory, but it’s early days and requires more research. There’s no evidence of it being related to burning fat or the metabolism.

It is linked to some other health benefits, such as regulating blood sugar, lowering blood pressure and cholesterol and reduced risk of heart disease.

There are claims it works as an anti-diabetic and aids digestion, but there is little to no evidence of this.

Curcuma Longa — another name for turmeric root, the active ingredient is curcumin and is usually present at around 2-8% of the root. It’s been seen to reduce inflammation as well as working as an anti-oxidant.

Turmeric’s only link to fat loss is tenuous in that it may reduce the inflammation associated with obesity. So, it may help some people get started on their journey.

As mentioned above there is no way of knowing the dose of these ingredients. But being totally honest, none of these present any evidence that might aid in your ability to burn fat.

BodyDynamix recommend taking 2 capsules in the morning and 2 more half an hour to an hour before working out. Try and keep the servings 4-6 hours apart.

Who Is It For?

Slimvance is aimed at a broad market, any woman who’s looking to lose weight and wishes to speed up the process of diet and exercise with a supplement.

On the outset I was hopeful for Slimvance, but the truth is it’s not delivering on its big price tag.

If you were to take this, you might experience the buzz from the 200mg of caffeine, and maybe the jitters and anxiety if you’re not used to it. Then you’d get the crash.

In terms of fat burning, the caffeine and the cayenne extract in the Capsimax® form would kickstart lipolysis and boost your metabolism, but no more so than a cheaper supplement with those two same ingredients.

The proprietary blend turned out to not be so much of a worry… because the ingredients wouldn’t have an impact at any safe dose. What it does do is hike up the price.

One thing worth a mention is that by hinting at and highlighting “waist and hip reduction” on the bottle it may lead some consumers to think that it targets fat in those areas, which is impossible. So maybe a bit of misleading on BodyDynamix part as well.

Slimvance isn’t a terrible supplement; there’s nothing in there that will damage your body irrevocably, for instance, but most of its impact will come from the caffeine and Capsimax®, for which you pay a costly price. It’s just a shame that it’s hiding behind the marketing and price tag of a high-end product, in our honest opinion.

There are real fat burners out there that go above and beyond expectations. If you’re looking at spending the sort of money Slimvance is selling at, then you’ve got a chance to try some truly effective, naturally made, well-engineered fat burners.

It includes ingredients such as HMB, Coleus Forskohlii, GTF Chromium – as well as Capsimax® and BioPerine – to focus both on fat burning and the all-important preservation of muscle, particularly useful during fasted training. Check our favorite fat burner below…