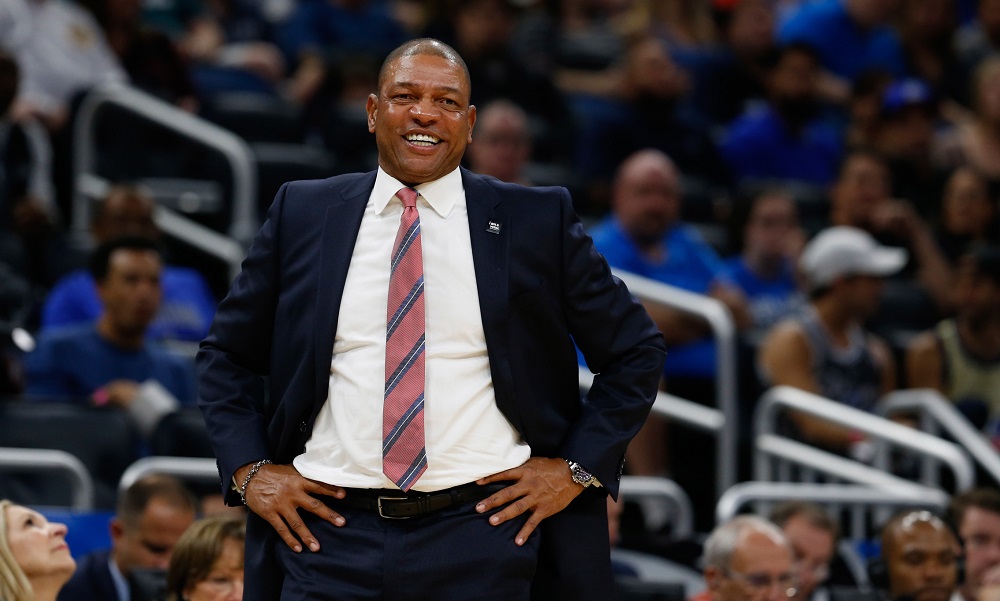 The NBA community woke up this morning saying a collective “wait, what?” The stunning news broke overnight that the Clippers had landed not only the league’s most sought-after free agent in Kawhi Leonard, but another mega-star in Paul George, via trade with Oklahoma City.

Rival NBA teams have been aware of the discontent of OKC's two stars: Paul George — and Russell Westbrook, league sources tell @TheAthleticNBA @Stadium. Leonard pushed the Clippers in recent days to deliver him a second star, and they did.

In the end, Kawhi Leonard didn't want to construct a Super Team with the Lakers. He wanted a co-star across the Staples corridor with the Clippers, and made it clear to Steve Ballmer and Lawrence Frank: Get PG, and I'm coming.

From a Boston fan standpoint, thoughts turn to Doc Rivers, who must be smiling non-stop. We all know that after the 2013 season, Doc abruptly asked out of Boston. He simply didn’t want to coach through the rebuild that was obviously coming to the Celtics. Many of us were shocked and disappointed.

Danny Ainge traded Doc to the Clippers for a 2015 first-round draft pick (RJ Hunter was eventually selected), Paul Pierce and Kevin Garnett were traded to Brooklyn, Brad Stevens was hired, and soon everything was on the upswing for the Celtics. Twice they made it as far as the conference finals.

Meanwhile, Doc had four seasons of 50-plus wins with the Clippers before tapering off to 42 and 48 wins the past two seasons. The Clips never got past the second round. For a while, it actually looked like Doc might end up coaching a rebuild anyway. Now, however, thanks to masterful moves by Jerry West, The Logo and a consultant to the Clippers’ front office, Doc probably has his best chance ever to coach a second NBA champion. And the Celtics are in flux.

So it took six years, but we must admit that Doc came out ahead in this competition.

For Celtics fans, perhaps the best part of last night’s developments is this: The dreams of the Lakers and their fans are crushed. There will be no Big Three of Kawhi, LeBron James and Anthony Davis. The Lakers will be better than they were the past six years (zero playoffs), but LeBron won’t get his superteam, and the Lakers franchise is not a sure thing to win its 17th banner.

A more immediate concern is that the Lakers might now sign free agent Marcus Morris away from the Celtics. They could also pick up former Celtic Avery Bradley, who reportedly is being waived by Memphis, where he was just traded. No one wants to see former Celtics in the purple and gold.

The Raptors are losing Kawhi, but they will raise a championship banner, which is all that matters. The Celtics should have a little better chance in the east now, without having to face Kawhi (or Danny Green, who quickly signed with the Lakers last night).

Thunder fans will be wondering today just what the hell happened to their team, which has a boatload of future assets, but lost George, their star alongside Russell Westbrook and Steven Adams.

By the way, today is the first day that NBA trades and free agency deals can be completed. Stay tuned.