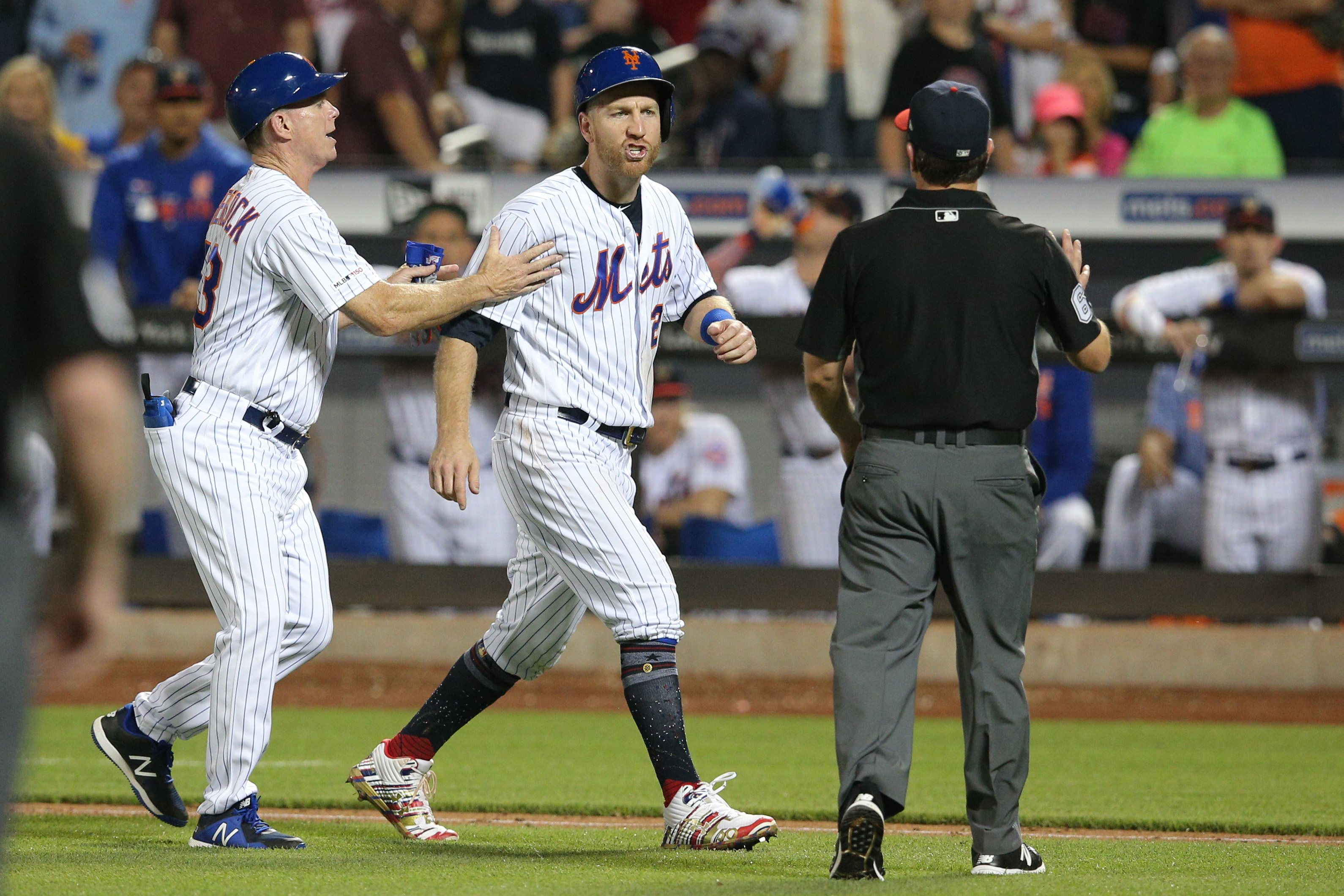 So we’ve had Mickey calling a reporter a motherf***er.

We now have Brodie flipping chairs.

So what did you really expect when Jake Arrieta tagged Todd Frazier with an off-speed pitch? Tea time? No, the team is pissed and losing their collective minds. I mean, no way Arrieta was trying to hit Frazier, and no way Arrieta was trying to hit Amed Rosario with an off-speed pitch right after that. And under normal circumstances, I’d probably be exhausted with Frazier for making something out of nothing. But screw it, he’s mad. He’s the second Met to get hit tonight. He has seen the Phillies get the vapors all season when Met pitchers much worse than Arrieta can’t find the plate. And he’s on the 2019 Mets, which will drive anybody batty. So I’m not blaming Frazier for getting pissed.

I can’t blame Handsome Art Howe for getting upset and getting kicked out after Rosario got hit for many of the same reasons. He just had Brodie belittle him and his coaching staff in a meeting where his boss reportedly acted like a petulant child, so of course he’s going to project that anger onto Tripp Gibson. Screw it. Get angry. Let it out. It’s not going to do anything except lower your blood pressure a bit but that’s important too.

For all the anger at Arrieta for his misplaced pitches, they created base runners that Tomas Nido brought home with a three run double in the fifth to give the Mets the lead and take Noah Syndergaard off the hook. Nido is only returning the favor to Syndergaard for kindly requesting that Nido be his personal catcher, giving Tomas 40% of the starts going forward. One thing though: Syndergaard was awful, giving up seven hits and three walks in five innings resulting in four Phillies runs. Syndergaard had better be careful, because the organization is running out of catchers and I don’t think Devin Mesoraco is coming back.

Edwin Diaz came into the game in the ninth. Now considering the title “Everybody Is Angry”, you would expect the ending to be different. (Let’s be honest: you would expect the ending to be different because of the way he’s been pitching lately.) But with a 6-5 lead which was handed to him by Steven Matz and Seth Lugo, Diaz got two hard outs by Bryce Harper and Rhys Hoskins. After a single by J.T. Realmuto, the stage was set for Jay Bruce to break our hearts again. But Diaz dialed it up and struck Bruce out for the save.

It’s nice to have an ending that doesn’t seem so caricaturish. It’s also nice to know that nobody is going to flip a chair or call anybody a motherf***er in the clubhouse after the game.

I mean, most likely.

"Frazier's not happy about it he can come see me. I'll put a dent in his skull."

Jake Arietta is a liiiiiiiittle mad about Todd Frazier being mad pic.twitter.com/OEjy1zo8ZG

Can the Wilpons collect insurance on a dented skull? Asking for the Wilpons.