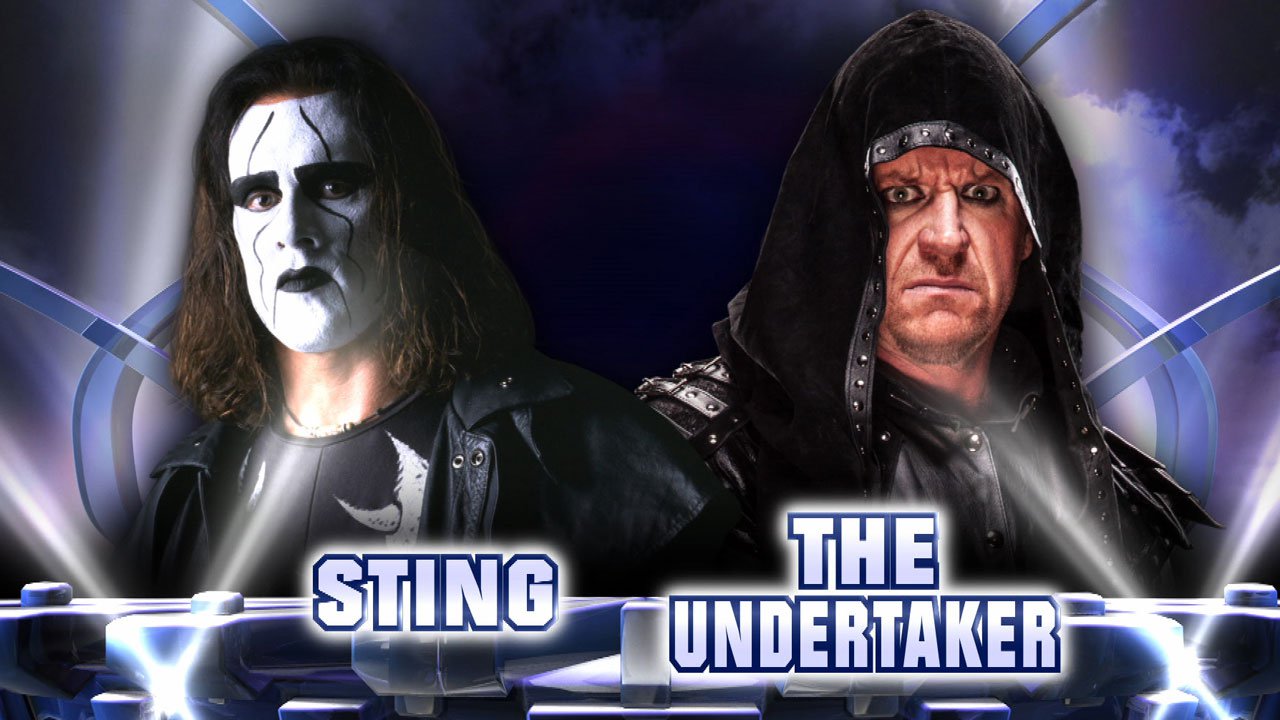 There have been a lot of fantasy matches that fans have been wondering for years if they were to ever happen. Some of them have come true like, The Rock vs. Hulk Hogan, The Rock vs. John Cena and Hogan vs. Flair. Some of them probably will never happen like CM Punk vs. Stone Cold, Shawn Michaels vs. The Rock and Bret Hart vs. Kurt Angle.

However, there has been one match that people, including myself, have been wondering if it will ever happen and that is the fantasy match between Sting and The Undertaker.

Yesterday, WWE tweeted out a picture of Sting and The Undertaker standing in the ring with the caption reading “Imagine.”

The photo has caused a lot of talk among fans on whether they want to see this match currently or not. It has also caused speculation as to whether or not WWE is actually going to do this match.

Earlier today, WWE released another tease for this match on Twitter.

Sting created his legacy and became a household name without any help from the WWE his whole career. He became one of the most iconic figures in all of professional wrestling competing in NWA, WCW, and TNA.

The Undertaker made a name for himself throughout his WWE career, putting on legendary matches with the likes of Mankind, Kane, Triple H, Shawn Michaels, Stone Cold and The Rock.

The two legends have fought before in WCW back in 1990 but it was before Undertaker became The Phenom that we all know today and Sting was rising in popularity at the time.

It would’ve been the perfect story to have Sting motivate The Undertaker and convince him to wrestle him at WrestleMania 31 after Taker lost his undefeated streak the year before. Instead what WWE did after they signed Sting was to have his first WWE and WrestleMania match be against Triple H. No disrespect to Triple H, but he was not the right opponent for Sting for that show and he was not the right guy to win that match. Instead of facing Sting at this show, Undertaker ended up facing Bray Wyatt.

Sting later that year challenged then WWE Champion Seth Rollins at Night Of Champions 2015 for the title but fell short to Seth and suffered a spine injury as a result of the buckle bombs he suffered during the match.

Then Sting announced his retirement from the ring as he was inducted into the WWE Hall Of Fame in 2016. Ever since then, fans have still been left wondering what would happen if that match happened.

If WWE did this match now, it would not be the match fans thought it would be. Both legends are past their prime and they are not the same performers that they were 10-20 years ago.

I hate to say this, especially since both Sting and Undertaker are two of my personal favorites, but it would feel sad, depressing, and underwhelming if I see them compete against each other today.