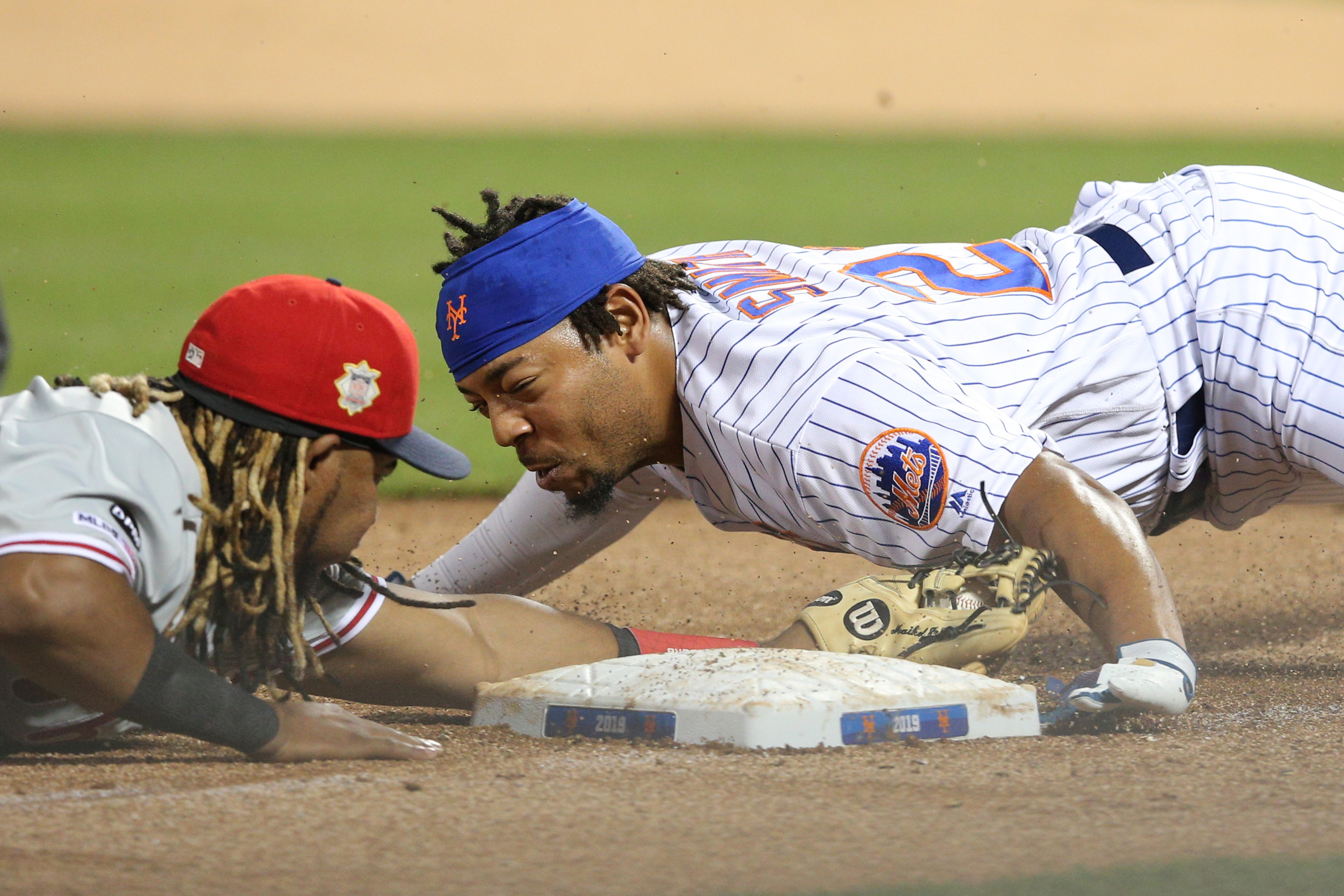 Well yesterday had all the drama, and the Mets even won the game. But it’s time to put all that aside because there’s another game to enjoy today, and it’s the last game before the All-Star break (and thank goodness for that, right?) The Mets look to win the series (and maybe dent some skulls in the process) against the Philadelphia Phillies at 1:10 PM.

At least you won’t have to sit through a wedding …

The Mets are on WCBS 880 and ESPN Deportes 1050 on the radio side, or 94 WIP and WTTM 1680 if you’re in Philadelphia. If you’re watching on the idiot box, WPIX has your action today, and NBC Sports Philadelphia has the game on the Phillies side. (If you need another reason to root for the Mets, John Kruk calling a game while depressed about the score is highly entertaining.

Zack Wheeler takes the mound in what may be one of his final starts in a Mets uniform. While Wheeler has toiled on the whole this season, his last three starts have been outstanding as he’s pitched to a 1.86 ERA in 19 and 1/3 innings against the Cubs, Phillies, and Yankees … no slouches there. Atlanta and Houston are circling the waters.

Aaron Nola went through what a lot of pitchers went through this season, and that’s getting used to the slicker baseballs with the super balls used as cores. He started the year with a 6.84 ERA in five starts. Since then, a 2.96 ERA, an OPS against of .652 and a 5.2 record in 13 starts (79 innings).

For the beleaguered good guys:

4⃣5⃣ gets the ball with a series W on the line. #LGM

Juan Lagares gets the start in center field.

And for the visitors: